Microsoft Forms is one of those useful but sometimes overlooked applications within Office 365. Recently, Microsoft gave forms designers some extra flexibility by adding the file upload question type to Forms. Depending on the form type, uploaded files are stored in OneDrive for Business or SharePoint Online. The new feature is now rolling out across Office 365 and all tenants (including GCC) should have it by the end of December.

File upload is a question type (Figure 1) that can be added to new or existing forms. The idea is that people can upload files as part of their response.

To test the functionality, I created a form to collect speaker submissions for a fictional Office 365 conference that I am not organizing in 2020. The form is very simple and looks for a presenter name and a document describing what they want to talk about (Figure 2). 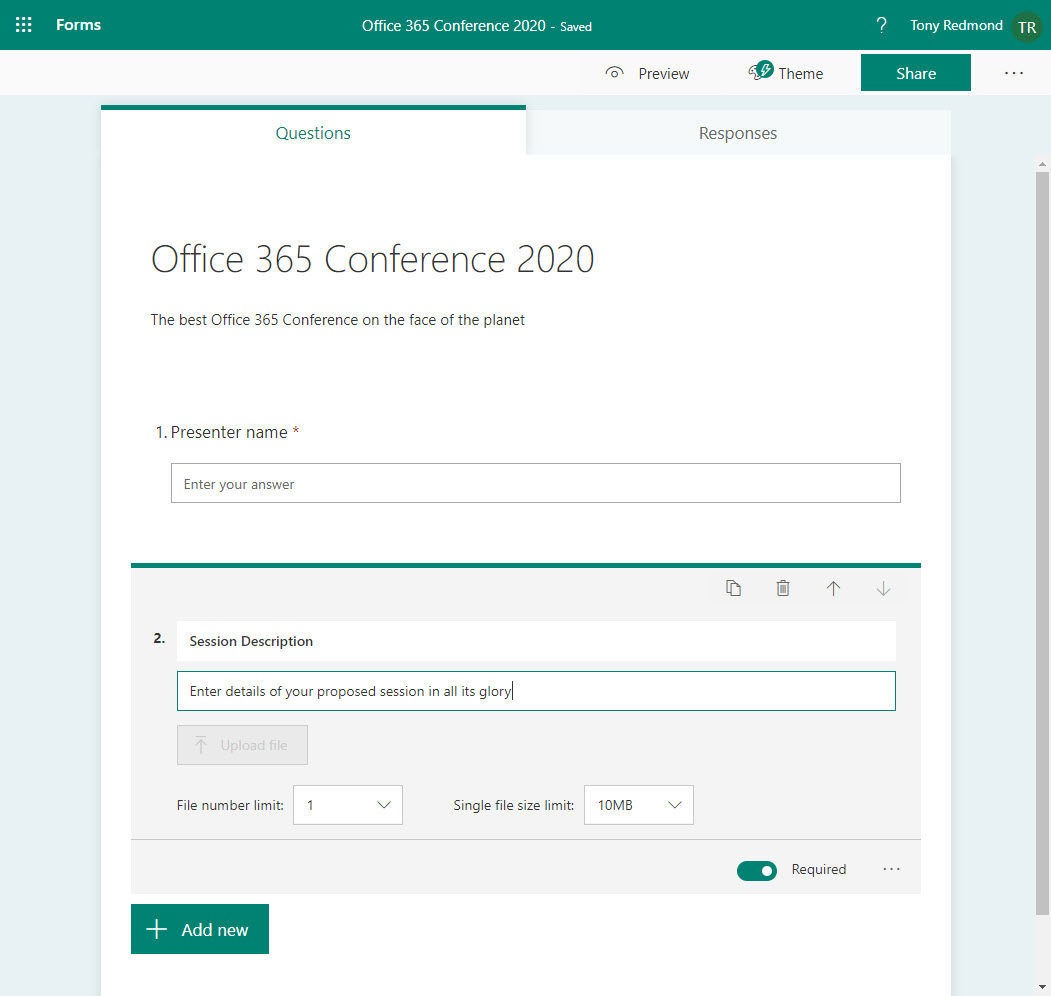 Figure 2: What the File Upload question looks like in a form (image credit: Tony Redmond)

Note the […] menu. This gives you control over:

Where Forms Stores its File Uploads

When you add a file upload to a form, the form cannot be shared with an anyone link and is restricted to other people within your organization. The reason is that uploaded files for personal forms are stored in the form creator’s OneDrive for Business account. In Figure 3, we see that the Apps folder stores a folder for Microsoft Forms. Within this folder, sub-folders created for each form store the uploaded files. The Office 365 Conference form has two file upload questions, so two sub-folders corresponding to the two questions in the form.

Inside the folder, the name of the account that uploads the file (which isn’t necessarily the respondent) is appended to file names to make them unique.

You can move a personal form to become a group form, which attaches the form to an Office 365 group. In this scenario, Forms uses the document library belonging to the group to store uploads. The same basic folder structure is used within the library with the very big difference that the names of the questions are now used (Figure 4) rather than Question, Question 1, etc.

During my testing, Forms reported a problem with one of the file upload questions that forced me to recreate it. When this happened, SharePoint Online created a folder called “Question” and didn’t use the name of the question.

The exact name of the folders used to hold uploaded files probably doesn’t matter. It seems that properly-named folders are created when a personal form is transferred to become a group form, but any new file upload questions created in the form thereafter use generically-named folders. On one hand, it’s good to have folders named after questions because it makes it easier to find files. On the other, using generic folder names means that you don’t need to take care of issues like folder renaming. Either way, it’s an oddity that Microsoft should resolve.

Because uploaded files are stored in OneDrive for Business and SharePoint Online, they are subject to controls such as Advanced Threat Protection and Data Loss Prevention, so using Forms in this manner shouldn’t create any more risk.

OneDrive for Business is responsible for delivering a consistent file sharing experience for Office 365. A soon-to-be-delivered feature is the ability to request someone to upload files to a OneDrive for Business or SharePoint Online folder without that person having any knowledge about the files currently stored in the target folder. Based on the email notification received by site owners when someone uses a form to upload a file (Figure 5), it seems like this is how Forms uploads files to SharePoint Online. 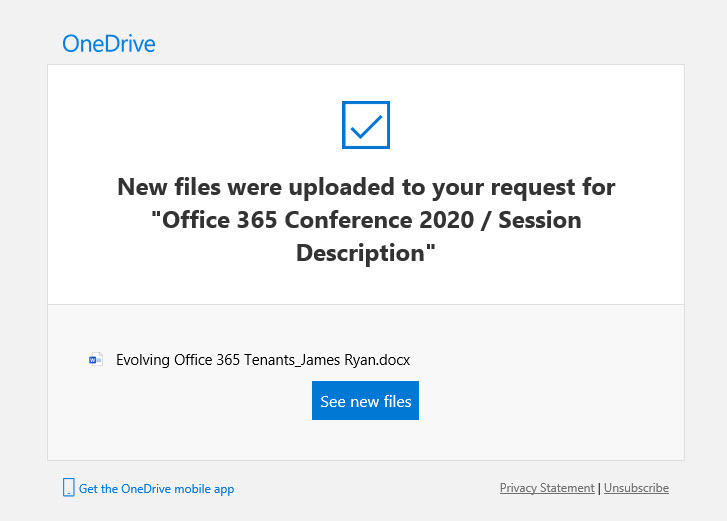 No Transfer for Personal Files

Files uploaded to OneDrive for Business when the personal version of the form is used are not transferred to SharePoint Online. This seems like a reasonable call as personal forms are often used for testing before being shared more broadly. However, it’s something to consider as you figure out how to use file upload questions in forms.

Small changes often make big differences in software. Although you might not think that you will ever want to ask people to upload files, I think this feature will be popular in both general IT and education (think of teachers posting a form in Teams to ask students to upload assignments). Time will tell.