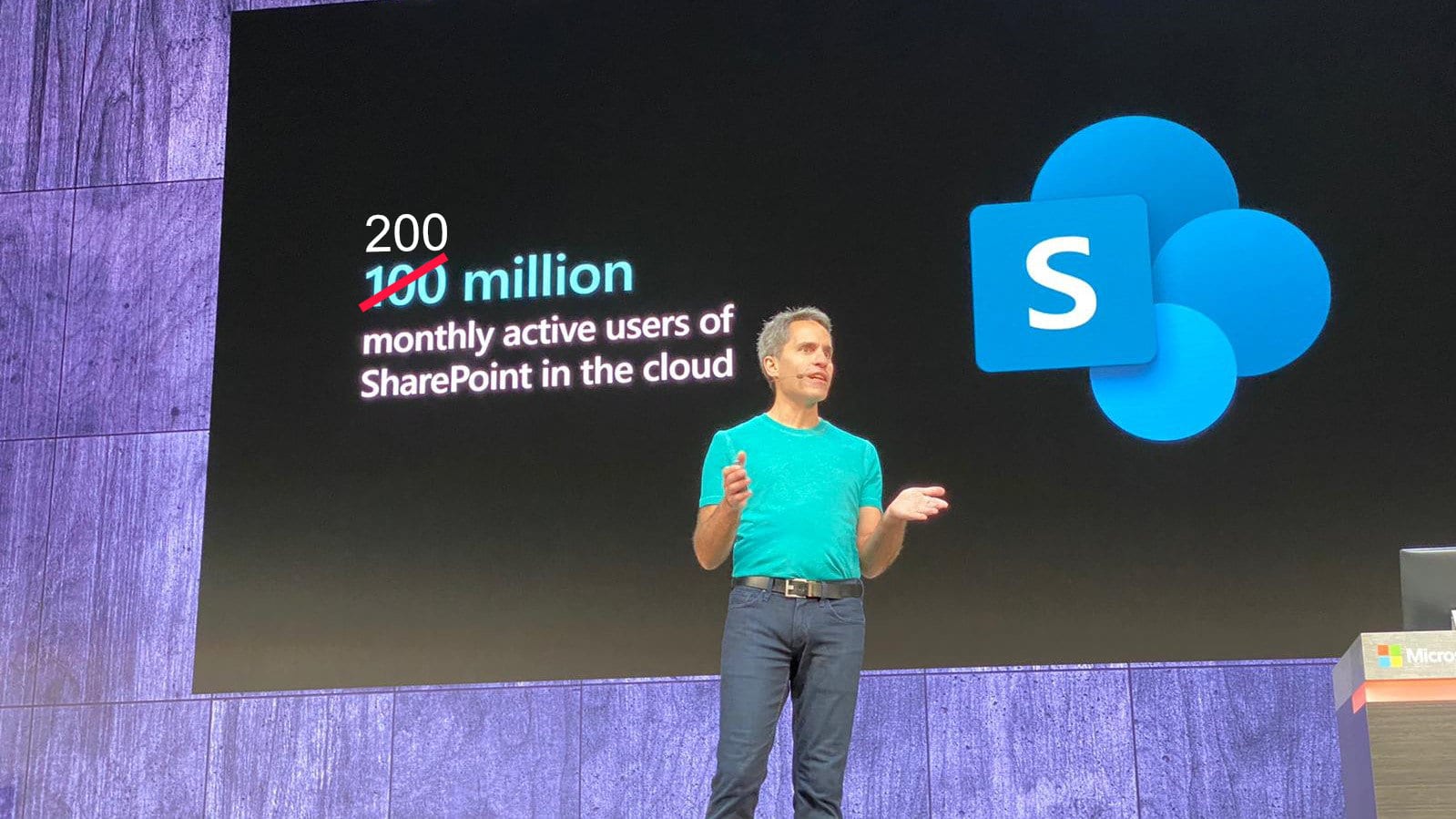 Last year at Ignite, Microsoft started to reveal some of the numbers of individual services that are used by customers of its Office 365 platform. At that time, the company stated that it had 100 million monthly active users of SharePoint in the cloud.

Today, the company is updating that figure and the growth has been substantial. In a blog post penned by Jared Spataro, Corporate Vice President for Microsoft 365, he states that the number of active monthly SharePoint cloud users has doubled to 200 million.

A bit of simple math tells us that the company added 100 million users to the service in roughly the past 13 months and that a sizeable chunk of Office 365 subscribers are using SharePoint in some capacity. Per Microsoft’s latest earnings release, there are somewhere around 250 million paid subscribers of Office 365 which means that a sizeable portion of those customers are using the platform.

Keep in mind that this SharePoint figure is a monthly milestone for the platform. Unlike Teams, where the company shares figures in daily active users, this makes it harder to compare Teams to SharePoint growth. That being said, both platforms are growing quickly and cementing the fact that Office 365 is a multifaceted platform and not a one-trick pony.

The significant migration to remote work in 2020 likely helped to fuel this growth and adding 100 million monthly new users is a testament to the company’s cloud services to scale quickly and effectively.