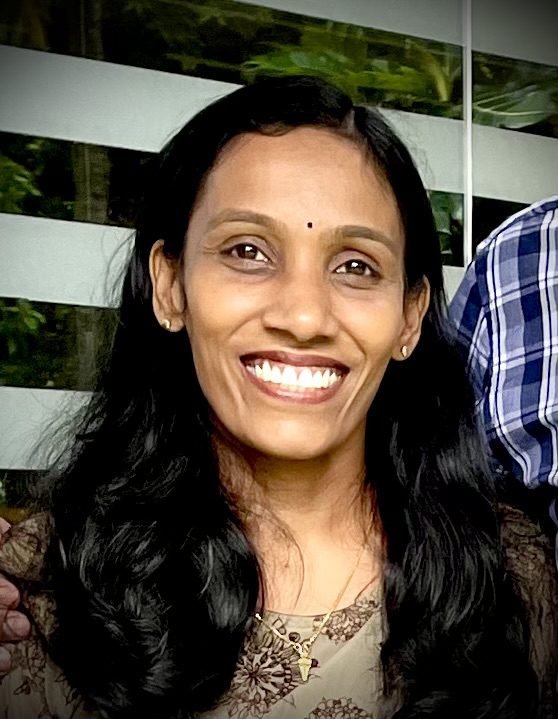 In this article, we’ll explain the basics of networking, networking architecture, networking types, and networking security. We’ll also detail what is TCP, subnetting, and all other core networking technologies you should know about.

Sharing data and resources between individuals, and across industries and countries, is a significant part of daily life. Establishing a computer network provides a reliable solution for exchanging resources, though it can be quite complex if you don’t have sufficient knowledge about core networking technologies.

HTTP is another important networking protocol used to receive information on the public Internet. It can transfer data in various formats like video, audio, hypertext, and more. We’ll share more details about how the Internet works later.

What is a computer network?

A computer network is a group of computers and other devices that are interconnected either through cables or Wi-Fi. The connected devices can send and receive data and share resources. The network involves hardware components like switches, routers, cables, and wireless access points. And software components like operating systems.

The computer network facilitates you to communicate effectively and share software and databases among computers and other devices. The existence of the Internet, live-streaming, e-commerce, etc., depends on the computer network.

Computer networks and the Internet

The Internet is not directly connected to each device. But instead, it relies on switching devices called routers to connect with other devices in a building or area. The router receives communication from devices through one of its incoming communication links and forwards it to end systems using outgoing communication links. Internet Service Providers (ISPs) and Network Service Providers (NSPs) facilitate the transmission of data packets over the Internet to exact IP addresses assigned to connected devices.

The main types of computer networks

Computer networks are divided into different types based on geographical locations and requirements. Here are some of the main types of computer networks:

Local area networks (LANs) connect computers and devices over short distances, allowing them to share resources like data, printers, and databases. Usually, LANs use Ethernet cables, which provide an interface to connect multiple devices. It’s the perfect network choice for schools, organizations, and homes where devices are all located in the same room or building.

A Wireless Local Area Network (WLAN) connects computers and other devices to the network using radio waves instead of cables. Compared to a LAN, a WLAN is more convenient because there’s no need to physically install cables. WLANs transmit data as packets. And each packet contains data as layers, header, body, and a unique MAC address (Media Access Control).

Wireless Local Area Networks use the 2.4 GHz and 5 GHz Wi-Fi bands to transmit data. The 2.4 GHz band can provide better coverage but it transmits data at slower speeds. However, the 5 GHz band provides faster speeds at a reduced range.

Wide Area Networks (WANs) connect computers and other devices over a large geographical area. They use fiber optics, satellite links, or telephone lines to connect the devices. The Internet is the perfect example of a WAN.

Generally, large organizations like multinational corporations and banks, etc. use WANs to communicate with branch offices and business partners across the world. A WAN is usually connected to Local Area Networks and Metropolitan Area Networks rather than individual computers. And it uses the TCP/IP protocol to interconnect devices in a network.

A Metropolitan Area Network, abbreviated as MAN, is like a LAN but it spans a large geographical area. MANs use optical fiber to communicate and are connected to two or more LANs using routers.

There are several types of network topologies:

A bus is a simple type of topology in which a common transmission channel or bus is used for communication. In this topology, nodes are connected to taps (the connectors), and droplines (cables used to connect the bus).

Each device connected to the bus can use all the resources of the bus while transmitting the data. Although it’s cost-effective and simple to install and maintain, all systems fail to communicate when the bus fails.

As the name suggests, a ring topology is circular in which each device is connected to two other devices. It functions based on a token system. The nodes capture free tokens and attach data with the IP address to the tokens to enable the communication process.

These tokens take data to the destination nodes, and the receiver processes the data from the tokens. Then tokens became free to carry more data. The data transmission speed may be slow through ring topologies as it’s unidirectional. Therefore, each set of data needs to travel through the ring path.

A mesh topology facilitates direct communication between nodes as all nodes are connected to one another. There are two types of mesh topology: full and partial mesh.

In a star topology, all nodes are connected to a single central device called a hub or switch, and it acts as the server. The nodes are clients, and they contact the hub for communications. The failure of a node in a star topology may not affect the functioning of other nodes. Star topologies are easy to scale and less expensive than other topologies.

A hybrid topology uses a combination of two or more topologies for better communication. All topologies are connected and benefit from the advantages of each topology for building an efficient hybrid topology. A hybrid topology can handle a large number of nodes and it allows users to modify the network according to their requirements.

The main types of network architecture

A peer-to-peer network is a computer network in which all computers are connected to each other and share equal resources. They can perform the roles and responsibilities of both servers and clients. Peer-to-peer networks are suitable primarily for small geographical areas.

The server stores all the shared data and handles network administration and security.

What is an IP address?

An IPv4 address is a 32-bit address and supports DHCP and manual address configurations. It uses dot-decimal notation and consists of four sets of decimal numbers separated by dots. The decimal numbers in the IPv4 range from 0 to 255. For example, 192.149.252.76. It can store 232 addresses.

IPv6 is a 128-bit address, and it can provide up to 2128addresses. It is represented in hexadecimal format and it consists of eight fields separated by columns (:). IPv6 offers an adequate number of addresses to cope with the future growth of the Internet.

The Dynamic Host Configuration Protocol (DHCP) is a mechanism to assign IP addresses to devices within a network. It simplifies the process of assigning IP addresses among network devices. For example, if it’s a Wi-Fi network at home, the router is also the DHCP server. At the enterprise level, a dedicated DHCP server will often manage IP addresses.

A public IP address is assigned to the network router by the Internet Server Provider (ISP). Although private IP addresses are considered safer, public addresses can access the Internet directly.

Private IP addresses are assigned to devices by the network router, and each device within a network should have a private IP address. It enables devices on the same internal network to communicate with each other.

IPv4 subnetting is the process of splitting a network into subnets to make free more IPv4 public addresses. Subnetting reduces congestion as it helps to efficiently route traffic to a particular device in the subnet.

There are some important differences between IPv4 and IPv6 subnetting that we explored in a previous article on Petri. With IPv6 subnetting, the 128-bit address

Other unique identifiers in a network

The hostname is a domain name assigned to a device connected to a computer network that helps to identify the device.

Media Access Control (MAC) addresses are unique identifiers usually assigned by device manufacturers. It’s also referred to as an Ethernet hardware address or physical address. It consists of six groups of two hexadecimal digits separated by colons or hyphens. Sometimes, it appears without any separator.

The use of MAC addresss is essential in IEEE 802 technologies, including Wi-Fi, Bluetooth, and Ethernet to identify devices in a network.

A port is a number that is used to identify a transaction over the network by specifying its host and service. It helps to differentiate between IP services such as HTTP, SMTP, and FTP. Port numbers vary from 0 to 65535, and they are a 16-bit digit.

A socket is an endpoint of two-way communication between two devices on the network, and it’s a combination of IP address and port number.

Network devices are the physical devices that facilitate communication over networks. Following are some of the common types of network devices:

A hub is a device that connects with multiple devices on a LAN network and sends the message received from a port to other ports without filtering them. It functions at Layer 1 (physical layer) of the Open Systems Interconnection (OSI) model, and there are mainly three types of hubs:

Switches send messages directly to the destination device by examining its MAC address. It stores MAC addresses of all connected devices in its address table. Switches operate at Layer 2 (data link layer) of the OSI model. There are different types of switches are available, including unmanaged switches, managed switches, smart switches, fixed switches, and more.

The router sends data packets to the destination by examining their IP addresses. It has an updated routing table that facilitates the router to route data to its destination without fail. It operates at layer 3 (network layer) of the OSI model. There are different types of routers, such as wireless routers, edge routers, core routers, and distribution routers.

A networking cable is a hardware used to connect networking devices together to send data. There are three main types of network cables:

Coaxial cabling is highly resistant to signal obstructions as it has a copper conductor surrounded by a metal shield. Although it’s complex to install, it’s easy to handle due to greater cable lengths.

STP is a type of twisted pair cable wrapped with an additional shield that helps to reduce electromagnetic interference (EMI). STP cable is used in environments with high amounts of EMI or when the network cable needs to be run along the same route as main electricity cables.

A firewall is a network security measure that can monitor network traffic based on security policies to detect unusual and suspicious activities. The firewall system can effectively prevent or reduce the effect of malware attacks. It also can detect security vulnerabilities and take measures to improve the security system.

With the help of an integrated intrusion prevention system, firewalls can react quickly to all levels of malicious activities.

Networks are vulnerable to attacks, and there are two main types of attacks: passive and active.

Passive attacks are a type of cyberattack in which intruders intercept data transmission via a network. Wiretapping, idle scan, passive port scanner, etc. are some examples.

In active attacks, the attackers inject malicious code into software and initiate commands to gain access to the network. Phishing, spoofing, denial of service (DOS) attacks, Smurf attacks, etc. are some examples.

Having a deep understanding of network basics including TCP and subnetting helps to set up a computer network. It also facilitates you to serve organizations efficiently by enabling better communication between devices over the network and protecting organizations’ data from possible security threats.