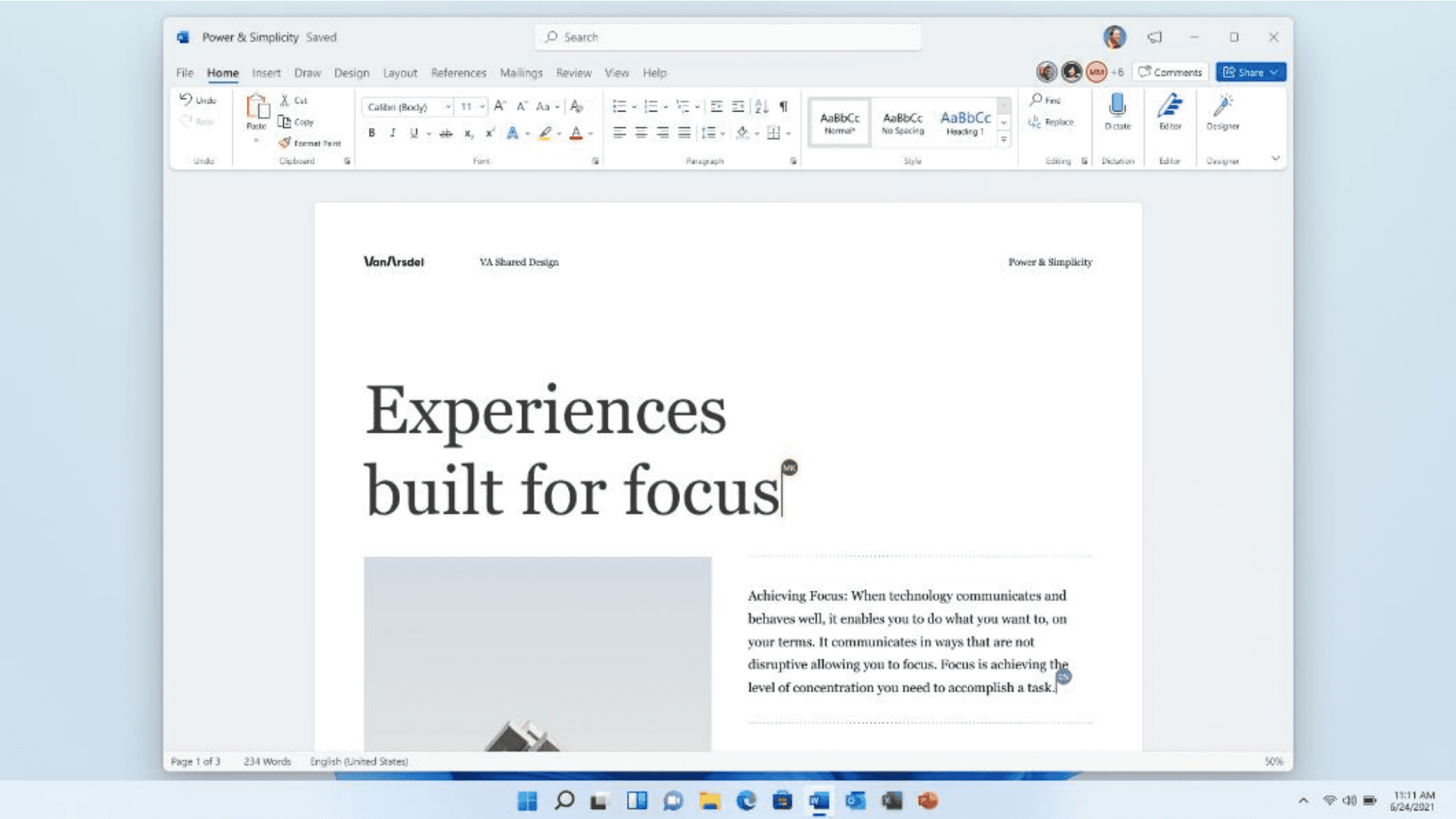 Late last week, Microsoft announced Windows 11 and with it comes a significant update to the user interface. Today, the company is unveiling updates coming to Office that will update the interface to match that of the upcoming OS.

If you are an Office Insider, you will soon see a new design that looks familiar but also different. As you can see in the image at the top of this post, Word now has a floating ribbon design, rounded corners, and updated buttons too.

The changes are enough that the applications feel more in-line with Windows 11 but it is not all that different from what the company is shipping today. And that is likely by design, moving items around inside of productivity apps can create a bit of chaos for users if the interface is updated significantly.

Overall, it’s a modest change to the Office experience and shows that Microsoft did not develop Windows 11 in isolation. The company worked with many internal teams to make sure that popular applications and experiences are updated to match the interface of Windows 11.

One thing that did not change with this refresh are the icons. Microsoft appears to have stayed with the same icons in the ribbon and on the taskbar from the previous release of Office. That being said, the company still has plenty of time to update the icons, if they so choose, or they may stick with the same icons to avoid too many changes at once.

As for when this UI update will be released to everyone, Microsoft has not yet provided guidance on that deliverable. But, knowing that Windows 11 will be released later this year, likely around October, I would expect Office to update their applications around that time as well.