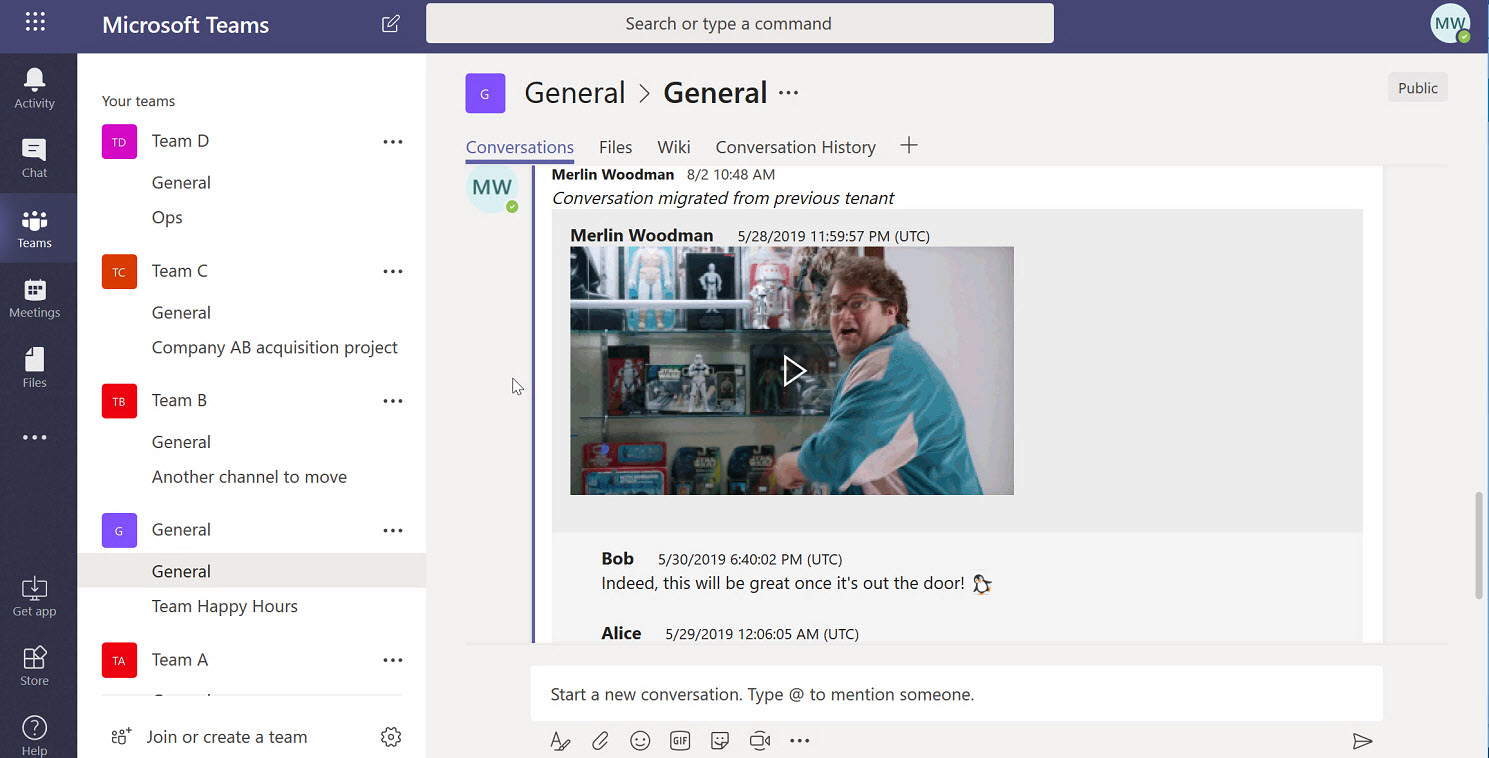 BitTitan enjoys a well-earned reputation as a leader in the migration space where their MigrationWiz product has many happy customers. At the recent Inspire conference, BitTitan announced that MigrationWiz could now move Teams settings, permissions, conversations, and files (SharePoint) between Office 365 tenants.

Teams is on a roll right now. Microsoft says that over 500,000 organizations use Teams with 19 million weekly active users. Now that Microsoft has announced the retirement of Skype for Business Online in July 2021, the pressure for tenants to move off Skype for Business Online will grow and the number of Teams users will swell. Given this popularity, it’s inevitable that Teams will feature in many merger and acquisition projects for Office 365 tenants.

I spoke with David Mills and Merlin Woodman of BitTitan to understand how they approach the problem of moving Teams data between tenants. They explained that the MigrationWiz process was very straightforward.

First, an inventory of Teams in the source tenant is done to understand the settings that need to be moved (channels, permissions, and membership). This process is quick (about 30 seconds a team) and allows the administrator to plan the migration, including understanding if they have enough licenses for the move.

Once everything’s prepared, migration is done by connecting the MigrationWiz global administrator account in the source tenant to the teams to be moved. MigrationWiz prepares the target tenant by creating teams matching the teams to be migrated and populating channels and membership (including team owners) using an administrator account from the target tenant.

MigrationWiz then reads conversations and replies from the source teams in HTML format and recreates them in the equivalent teams in the target tenant. Graph APIs are used to read and write Teams information. The current version of the Teams Graph API for conversations is in beta, but BitTitan is happy to support MigrationWiz for Teams on that basis.

Figure 1: A conversation moved by MigrationWiz shows up as a concatenated post (image credit: BitTitan)

MigrationWiz for Teams does not move personal or group chat messages from one tenant to another. The process only handles channel conversations. The current iteration of the Graph API doesn’t allow these messages to be moved.

Although conversations are important to Teams, Teams is much more than conversations. MigrationWiz can move some of the information belonging to a team, like the SharePoint team site (including the Wiki and shared OneNote notebook), but it cannot recreate tabs for first-party applications like Planner and OneNote or third-party apps, bots, or connectors.

Given this point, good planning, preparation, and post-migration follow-up will take care of fleshing out the migrated teams with their full set of apps.

Few migrations are straightforward. BitTitan is the first major player to support tenant-to-tenant migration for Teams conversations and settings. As discussed above, there are other things to move apart from conversations before we can say that moving Teams between tenants is a full-fidelity exercise. But we’re in early days for this kind of migration project and the tools will improve and evolve over time. At least, I hope that they will!