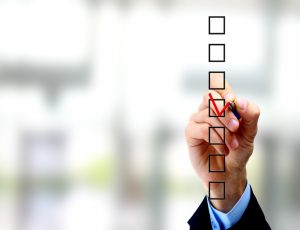 After the release of a patch for Windows Server 2016 on April 16th, it’s now possible to manage hyper-converged infrastructure using the Windows Admin Center.

Windows Server 2016 includes several features that allow you to create a hyper-converged infrastructure (HCI). Instead of using an expensive storage area network (SAN) for your virtual machines and file server needs, Windows Server Storage Spaces Direct uses locally-attached drives to form highly-available, highly-scalable, software-defined storage. The solution’s hyper-converged architecture makes it easier to deploy and cheaper than traditional SANs or NAS. Plus, some cool features like caching and storage tiers, along with Remote Direct Memory Access (RDMA) networking and NVMe drives, Storage Spaces Direct delivers all the features you’d expect from a high-end SAN, with new levels of efficiency and performance.

Storage Spaces Direct isn’t the only HCI technology in Windows Server 2016. Hyper-V is used to virtualize CPUs and memory. Network Controller is used for software-defined networking (SDN). Compute, networking, and storage can be hyper-converged in one tier, which is typical for small deployments. Larger deployments often separate compute and storage because it provides more flexibility. For example, storage needs often grow much faster than compute. For a great visual explanation of Storage Spaces Direct, check out this YouTube video from Microsoft.

According to Microsoft’s announcement, Windows Admin Center ‘brings together compute, storage, and soon networking within one purpose-built, consistent, and interconnected experience. You can browse your host servers and drives; monitor performance and resource utilization across the whole cluster; enjoy radically simple workflows to provision and manage virtual machines and volumes; and much more.’

Before using WAC to manage HCI in Windows Server 2016, make sure that every server in your Storage Spaces Direct cluster has the April 17th 2018-04 Cumulative Update for Windows Server 2016, KB4093120, installed. It adds new management APIs that WAC depends on to manage HCI. There are a few things missing from the Windows Server 2016 experience. For example, you cannot view performance history in the Hyper-Converged Cluster Manager dashboard. Additionally, dedupe and compression information isn’t displayed.