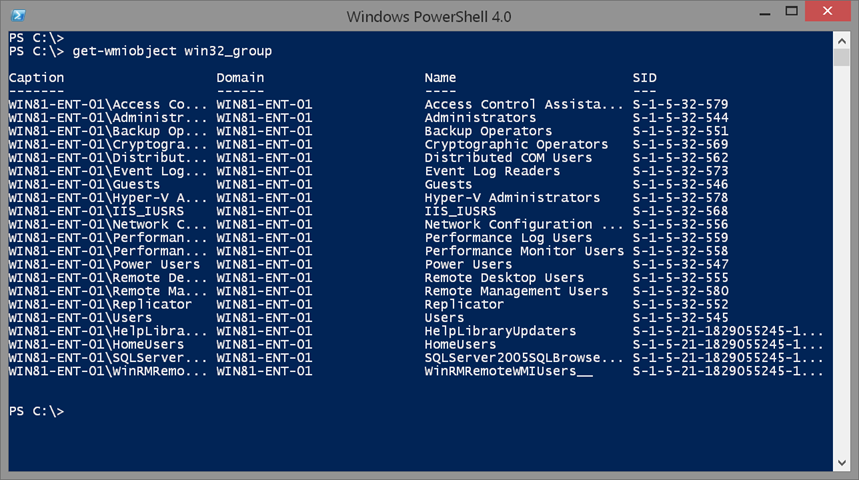 Identifying members of local groups is an ongoing task for IT pros. Although I’ve written about local groups before on the Petri IT Knowledgebase, another discussion thread came up, so I thought I’d revisit this topic again as I think it makes for a good learning opportunity.

The goal is to have PowerShell write something to the pipeline that indicates the computer name, the name of a local group, and its members. There is a possibility that the output might be directed to a CSV file, so keep that in mind. I’m going to test with the local computer. Eventually we will be able to scale out, although even that part of the task has some options.

An easy way to list local groups is with WMI. You can use either Get-WMIObject or Get-CimInstance.