PowerShell Core 6.0 and Why Windows PowerShell Is No Longer Being Developed 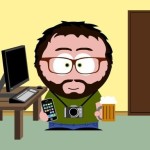