Outlook Apps Support Office 365 Groups But Only for Conversations

Microsoft first shipped an Outlook Groups mobile app in September 2015. The app is available for Apple iOS (iPhone and iPad), Android, and Windows 10 Mobile. It is easy to use and allows users to access conversations stored in Office 365 Groups along with the shared notebook and the files in the group document library. If they have the permission, users can create new groups or maintain the membership of the groups that they own. Outlook Groups is a highly functional app.

Microsoft recently expanded the functionality of the Outlook email app (for iOS and Android) to allow it to access Groups as well. The latest updates for Outlook contain the Groups integration.

According to Microsoft’s announcement, the long term plan seems clear: Outlook is the king and will gradually get the functionality now available in the Outlook Groups app.

“The Outlook Groups app will still be available while we continue to enhance Groups experiences in Outlook, such as adding support for group files, calendar and notebooks.”

In other words, after Microsoft transfers the missing functionality from the Outlook Groups app to Outlook, it will be removed. The Outlook Groups app might persist for Windows 10 Mobile because the Outlook app available for that platform is based on Exchange ActiveSync and does not use the same architecture as its iOS and Android counterparts.

Today, the Groups integration in Outlook is limited to conversations and does not extend to group management, access to the group calendar or shared notebook, or access to the files in the document library.

Launching a less functional integration might seem like a retrograde step, but it is not if you consider it to be the first move in a strategy to combine the two apps, or indeed, to reduce the number of Office 365 mobile apps to a more manageable set.

The logic behind integrating Groups into the Outlook apps is to make group conversations more accessible to users. This reflects the reality that most users only want to read and respond to conversations when they are on the move.

A minority of users will ever want to create a new group or adjust group membership when they are away from their desk, so it is safe to leave this work for later, especially as the Outlook Groups app is still available.

In effect, the list of groups that a user belongs to is treated like a big folder (Figure 1) with the total number of unread items in all groups shown. 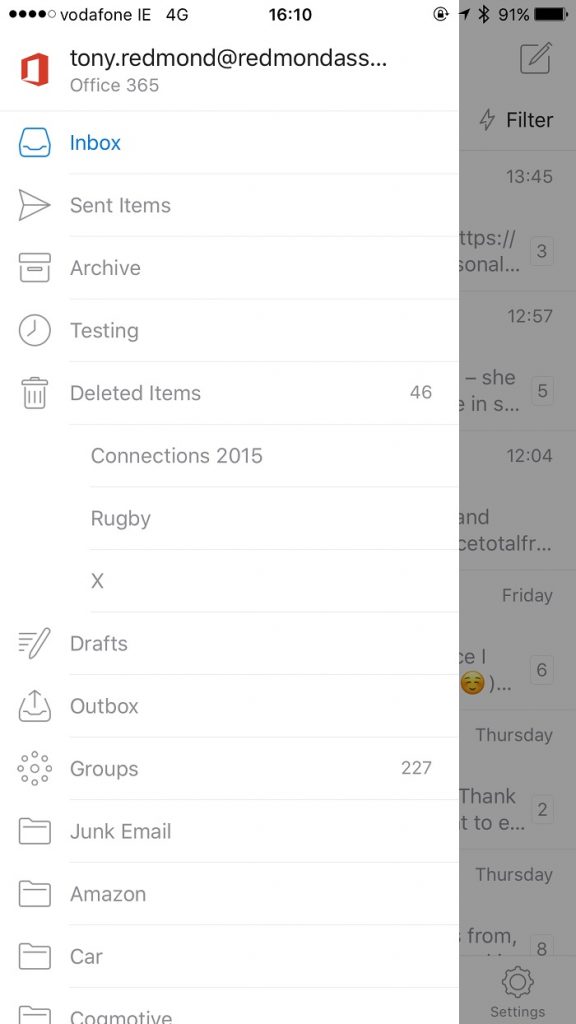 Selecting Groups brings us to a list, of the groups to which the user belongs (Figure 2). 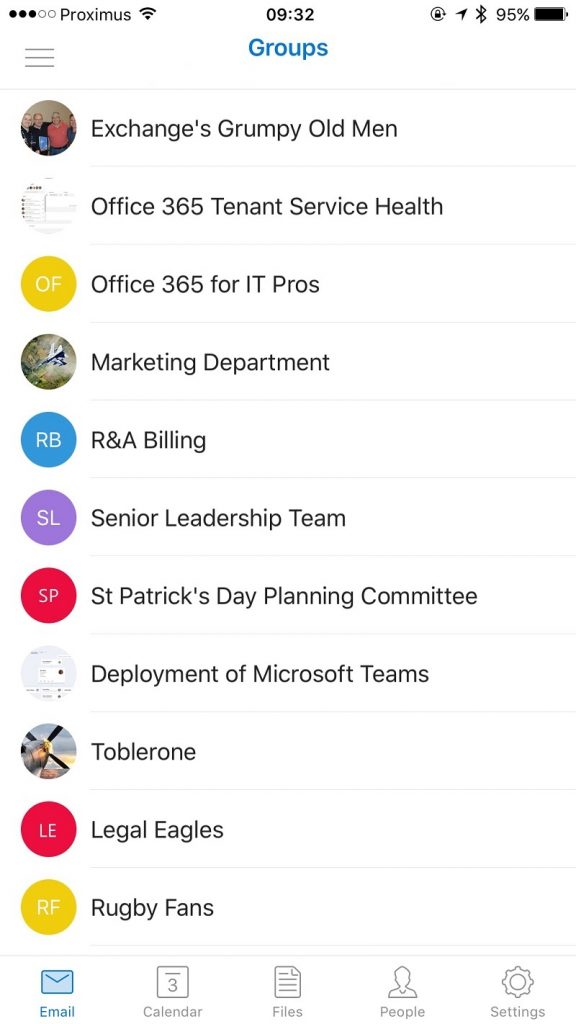 Remember that a group stores its conversations in the Inbox folder of the group mailbox. In effect, Outlook lists a set of mailbox folders. 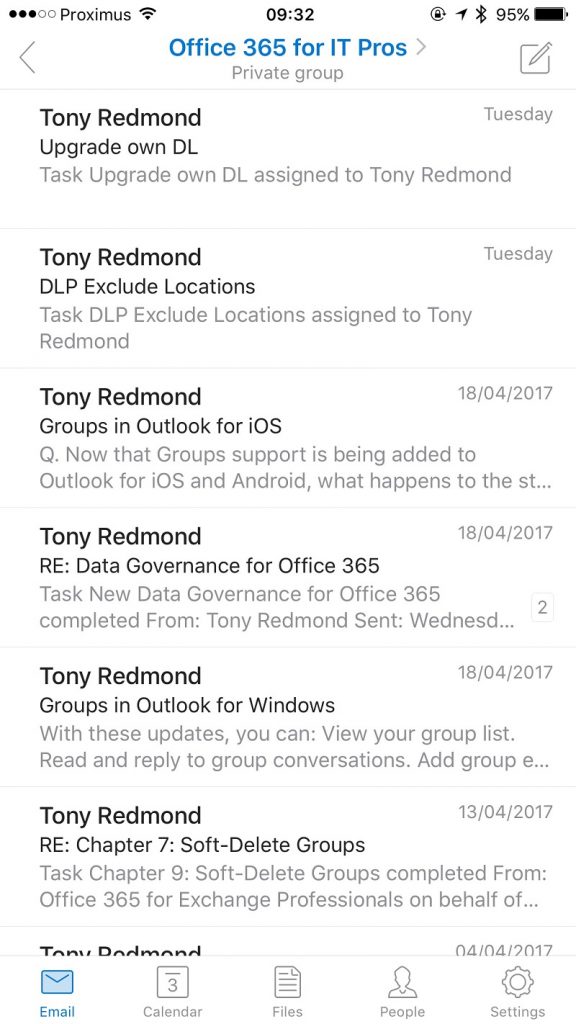 The Outlook apps also support the ability of users to see “Group Details,” which reveals the membership of a group. You can also opt for “Follow in Inbox”, which means that the user joins the subscribers list to receive future updates via email, or leave the group. Events for the group calendar that are sent to group members can be added to the user’s personal calendar. Because the Outlook apps cannot connect to Yammer, you cannot access conversations in Yammer Groups through the Outlook apps.

Both the Outlook and Outlook Groups apps exploit the Microsoft Graph API to access groups. The API allows developers to create code to find and open groups, navigate through conversations, create new conversations or take part in existing threads, open the shared notebook, and interact with the files stored in the group document library.

It’s good that Microsoft has integrated Office 365 Groups into the Outlook apps. There are too many mobile apps available for different aspects of Office 365 and it is sensible to ask whether we need them all and if some can be combined to make it easier for users. Today, I have 20 Microsoft apps associated with Office 365 installed on my iPhone. It would be nice to have half that amount.

M365 Changelog: Meeting Recap on Outlook on the web