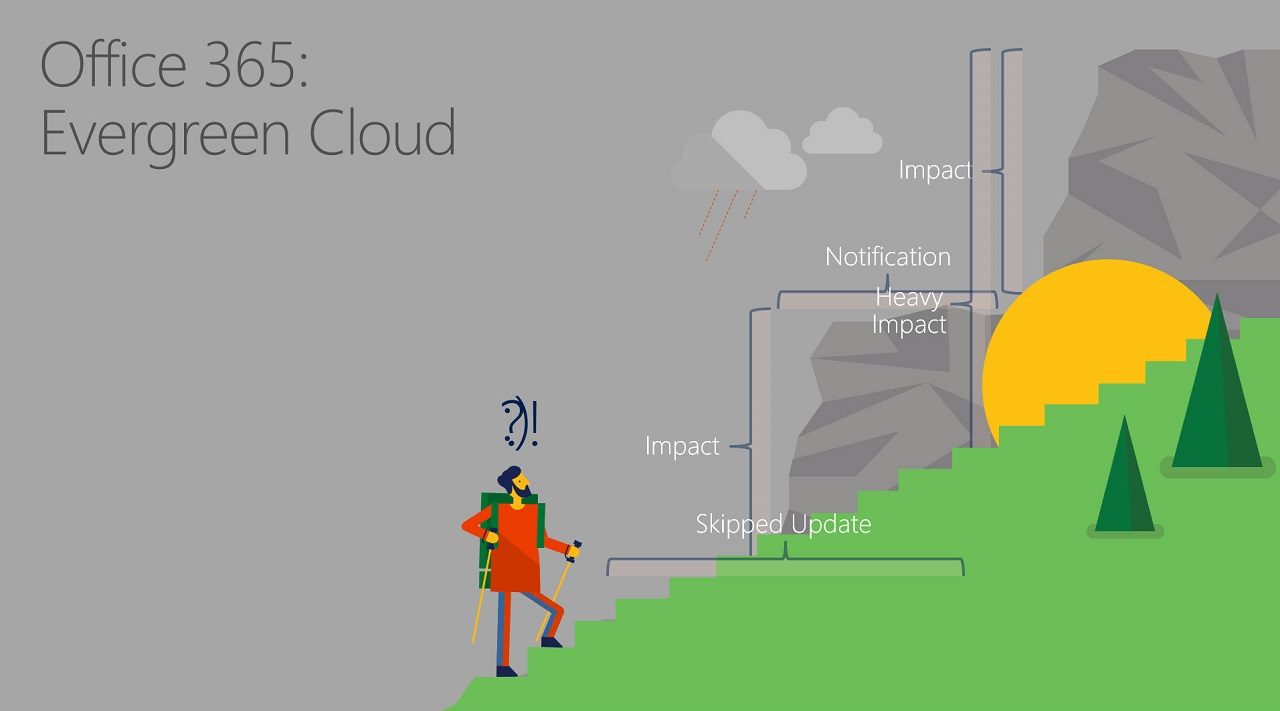 Relief on the Horizon

On October 11, Microsoft released message MC123292 to Office 365 tenant administrators to tell them that they plan to improve the way they communicate major changes within Office 365. Sighs of blessed relief all round.

Change management has long been an issue for Microsoft. Despite an array of communication methods from the Office 365 Roadmap to weekly change digests emailed to administrators, Microsoft has just not been able to share news at the right time. The fiasco when news broke that Teams will replace Skype for Business Online two weeks ahead of schedule is one example. Changing how support works without telling people the reasons why is another. The March 2017 plan to create Office 365 Groups for managers based on their direct reports was  another disaster.

Not all the problems lie with Office 365 as the Azure Active Directory team has not helped either. In August, Office 365 tenants found out about the new sign-in experience on August 1, a day before the Azure AD people told us what they had done. The recent “clarification” about Azure AD Premium licensing requirements for Office 365 Groups and Teams included some shocks too.

I could go on. However, what is important is that the folks who run change management for Office 365 understand that Microsoft has not been at its sparkling best when it communicates how and when change occurs. According to Microsoft, approximately 25 changes roll out within Office 365 monthly, or 300 annually, which creates a lot of opportunity for fubar moments.

Microsoft’s definition of what major changes within Office 365 is as follows:

We have seen changes in all categories in the last year, so this is not a theoretical exercise.

In the future, when a major change is on the Office 365 horizon, you can expect to receive “change awareness notifications,” messages to tell you that a major change is coming, how it might affect you, and if you need to take any action. Major updates are also flagged in the Office 365 message center. You will know whether this is an announcement, in which case the change might be in preview with selected tenants, or a targeted release. The messages tell you the current status of the feature and how long it is before the feature reaches standard release.

Targeted release is the new name for what used to be “First Release” (Figure 1). Tenants have to the choice to run the whole tenant in Targeted Release to take early advantage of new features or have a mixture of users divided into Targeted Release and Standard Release, the default software available to any Office 365 tenant. 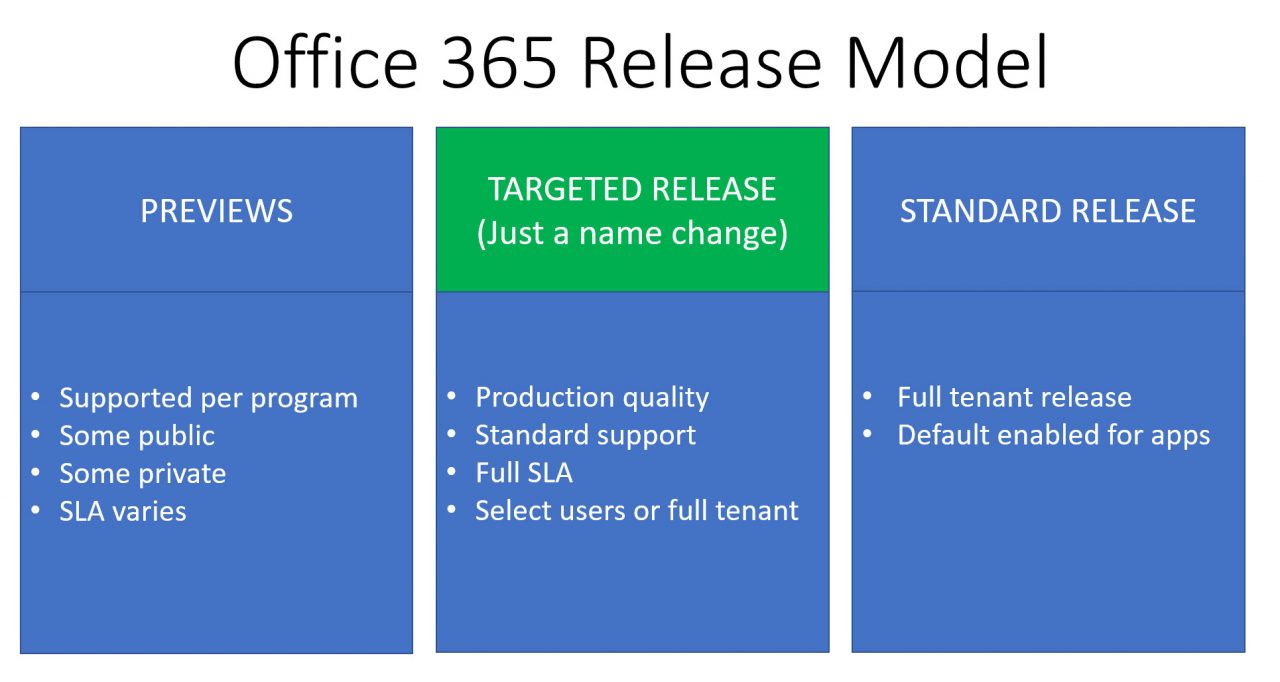 Standard Release is the point at which features reach “general availability” (GA) and generally, a feature is in targeted release for at least 30 days before it reaches GA. Many organizations run a small test tenant configured for Targeted Release and perhaps some previews to get early notice of what is coming.

Microsoft is now rolling out the notifications for major updates.

I like the way that Microsoft has reacted to the failures in change management this year. I expect that it will make life easier when tenants get clear and unambiguous notifications of major updates. Of course, the proof of this pudding is in its eating and Microsoft will be judged by how change management works within Office 365 during the coming year. We live in hope.

For more information, see the recording of session BRK2044 from the Ignite conference.