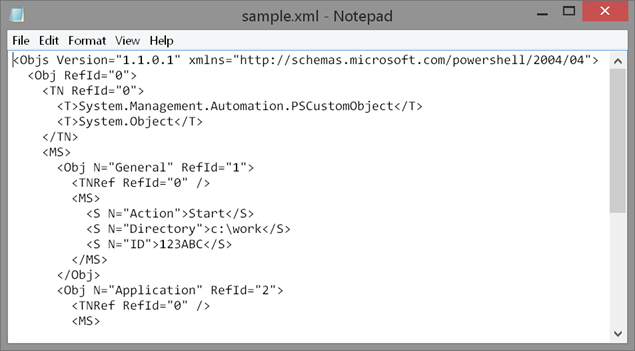 In the previous article, Managing INI Files with PowerShell, I demonstrated how you might convert a legacy INI file into something more object-oriented for use in PowerShell. At the end of the article, I showed how you could persist the data to disk using Export-Clixml. The potential issue is that the resulting file can only be used within PowerShell. Here’s what my exported sample.ini looks like.

The node names are not very meaningful outside of a PowerShell context. I then thought, perhaps I could use the ConvertTo-XML cmdlet. But this fails with my custom object.

An error with the Convertto-XML cmdlet. (Image Credit: Jeff Hicks)

And further testing shows that the end result is no different. So if I want to take my INI object and export it to a traditional XML file, I will have to do it myself. Fortunately, it isn’t that difficult in PowerShell. I’m going to create a tool, that will take an INI file and create a traditional XML file just like you would use Export-CSV.
First, I’ll need a path for the finished file.

I even included support for –WhatIf in [cmdletbinding()], since I’m going to create a file. However, because I am invoking .NET methods, they don’t recognize –WhatIf, so I have to write my own code for handling the situation.