In this article, you will learn how to edit the Windows 11 hosts file. There are several easy ways that you can edit the file, and in this article, I will take you through each method step-by-step.

As the Internet developed and more devices were connected in different geographical locations, it was no longer practical to maintain a single hosts file. The Domain Name System (DNS) was created in 1984 to provide devices connected to the Internet with a way to look up hostnames by querying a set of distributed servers. And that is how the Internet works to this day.

Perhaps the easiest way to view and/or edit the hosts file is to use the new Hosts File Editor in Microsoft PowerToys. But if you want more information about what the Hosts file is and how to edit it manually, skip to the next section.

PowerToys is a free set of tools for sysadmins and developers that you can download for free from GitHub. Before you can use Hosts File Editor, you’ll need to download PowerToys from the Microsoft Store.

Once PowerToys are installed, follow the instructions below to use Hosts File Editor: 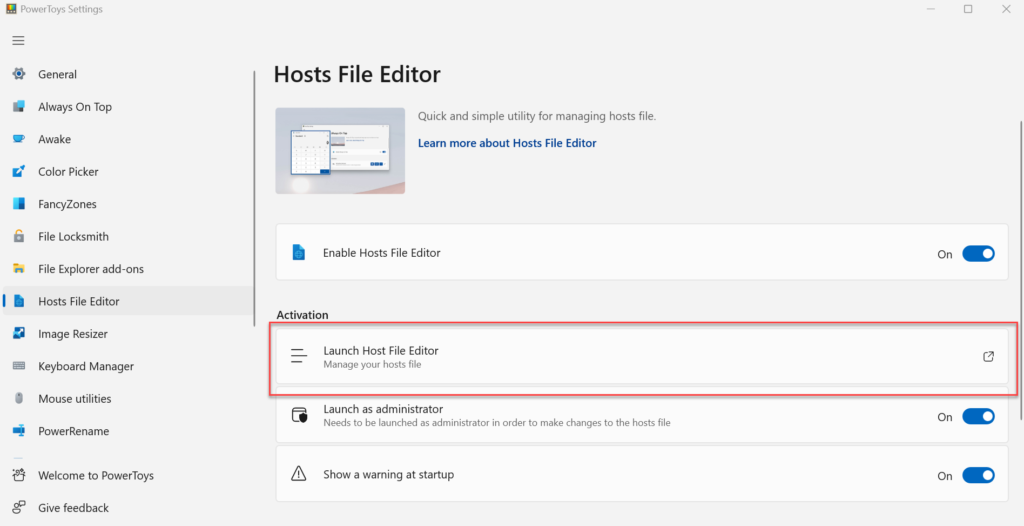 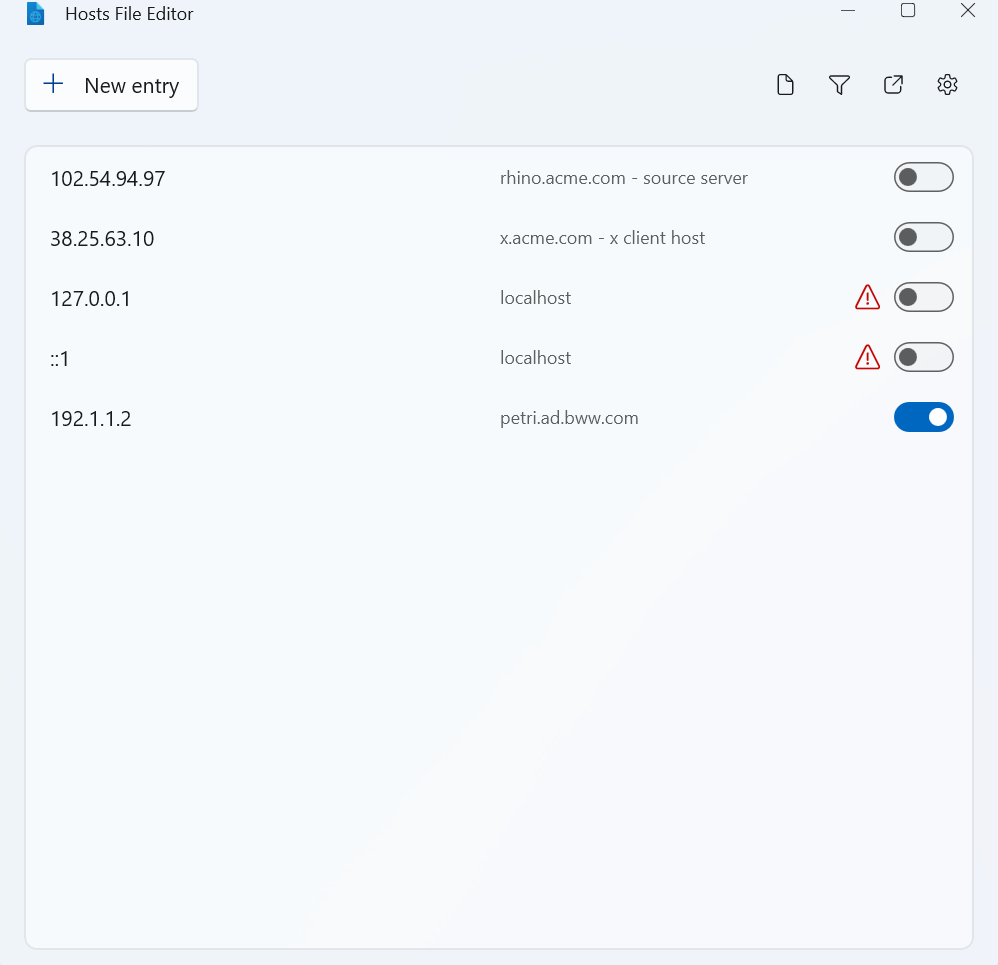 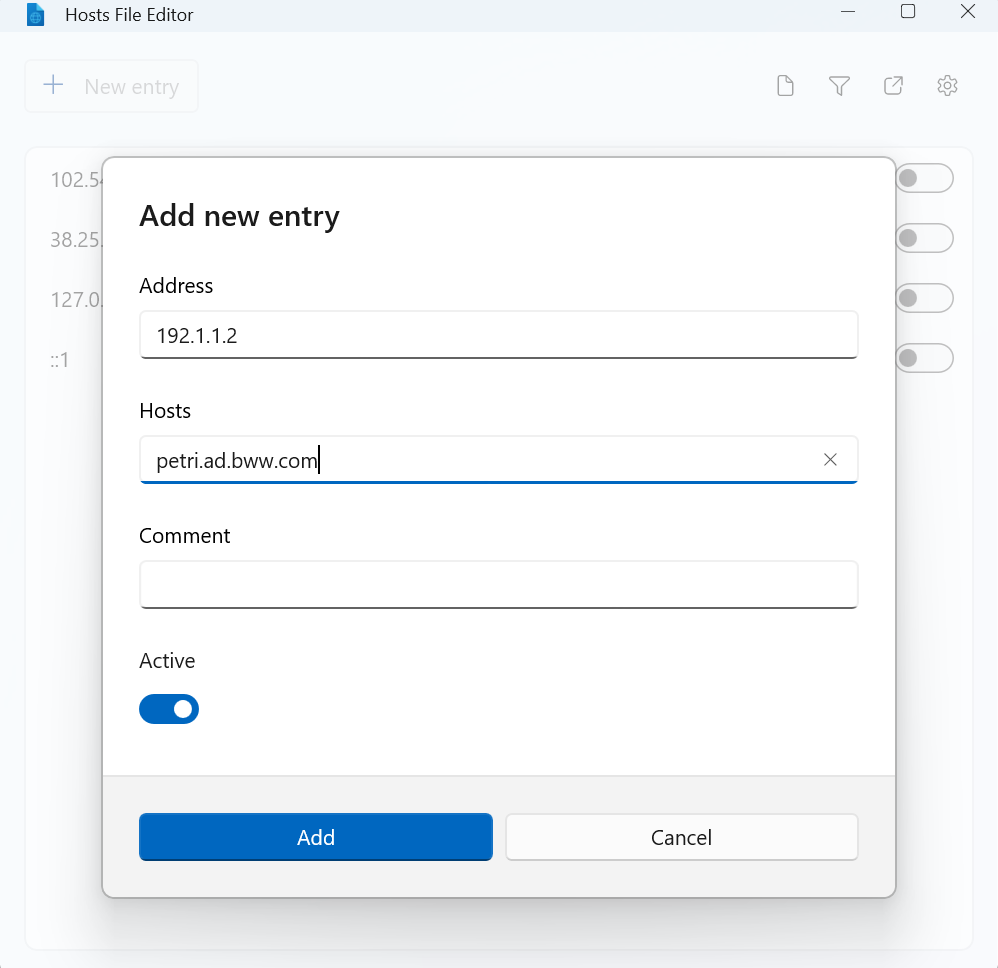 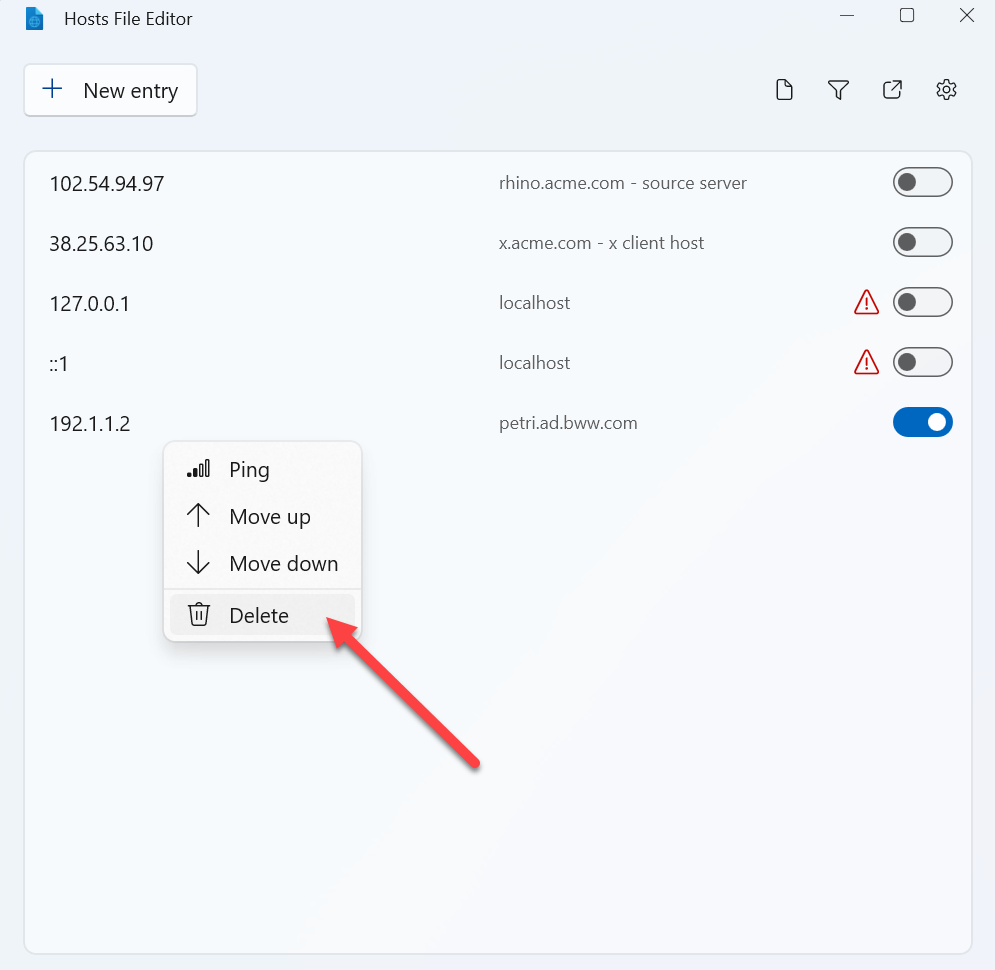 You can right click entries to reorder them too.

Where is the hosts file in Windows 11?

How the hosts file works

The hosts file contains lines of text with two columns. In the first column there is an IP address. And in the second column, there is a computer hostname. The two columns can be separated by a space or tab. So, an example hosts file might look like this:

If you add these entries to the host file on a device, then you can ping each host by name and the computer can resolve it to the corresponding IP address. For example, ping printserver would return a reply like this:

You can also use Fully Qualified Domain Names (FQDN) in a hosts file. For example:

The hostnames you add to the hosts file are not case sensitive. They can be in uppercase, lowercase, or a mixture of both. Be aware that the hosts file is sometimes used by hackers to redirect network traffic to malicious sites. That is why only administrators can edit the hosts file in Windows.

View the hosts file in Windows 11

But if you try to add an entry to the hosts file, you won’t be able to save it. The hosts file can only be edited by administrators because it is in a protected system directory.

Edit the hosts file in Windows 11

There are two ways that you can edit the host file. The first involves making a copy of the original file and then replacing it. The second uses the command line to append a line to the hosts file.

Edit the hosts file using the GUI and Notepad

The easiest way to edit the hosts file is to make a copy of it and then replace the original in the ‘etc’ folder.

This method uses the command line and is much faster than the method above.

Remove an entry from the hosts file using the command line

The easiest way to remove an entry is to open Notepad from the command line. The command line must be started with administrator privileges as described above.

Notepad will open the hosts file. You can add or remove entries and then save the file to disk.