Office 365 Tenants Get Option to Move Video to Stream

A Migration That’s Been Coming

Office 365 Video uses SharePoint Online to store uploaded video files and associated metadata. The videos are transcoded by Azure Media Services and accessed from there. Because SharePoint is involved, the metadata is indexed and discoverable in apps like Delve.

But time marches on and Microsoft Stream appeared in 2017 with the mission of being an “enterprise video service where people in your organization can upload, view, and share videos securely.”

Speculation about the future of Office 365 Video began immediately and it was no surprise to discover that Microsoft’s long-term direction was to migrate tenants off Office 365 Video to Stream. According to Microsoft’s transition plan for Stream, after a slow start and several delays, we’re now past the beta stage and at a point where tenants can opt-in to migrate. Going forward, the plan is:

Microsoft hasn’t said when the last two phases will commence.

Obviously, no one wants to lose any data in the transition. The two platforms are quite different, so some work is necessary to execute a flawless move. Microsoft informs tenant administrators through a notification posted to the Office 365 Message Center when they can move ahead with the migration. A banner is also displayed on the Office 365 Video home page (Figure 1).

Administrators can decide to move ahead or stay using Office 365 Video until Microsoft forces the migration. That choice is very much dependent on how an organization uses video content and whether they depend on an Office 365 video feature that is still unavailable in Stream, like video content showing up in Delve and SharePoint search. A feature comparison for Office 365 Video and Stream is available online.

Starting the Migration to Stream

To start the migration, an administrator clicks the Start Migration link in the banner displayed at the top of the Office 365 Video page. This launches a Stream wizard (Figure 2) to guide the administrator through several screens that explain what will happen and the differences in functionality that exists between the two apps. Eventually, you launch the migration, which runs in the background. The process is one-way and cannot be halted or restarted once it commences. 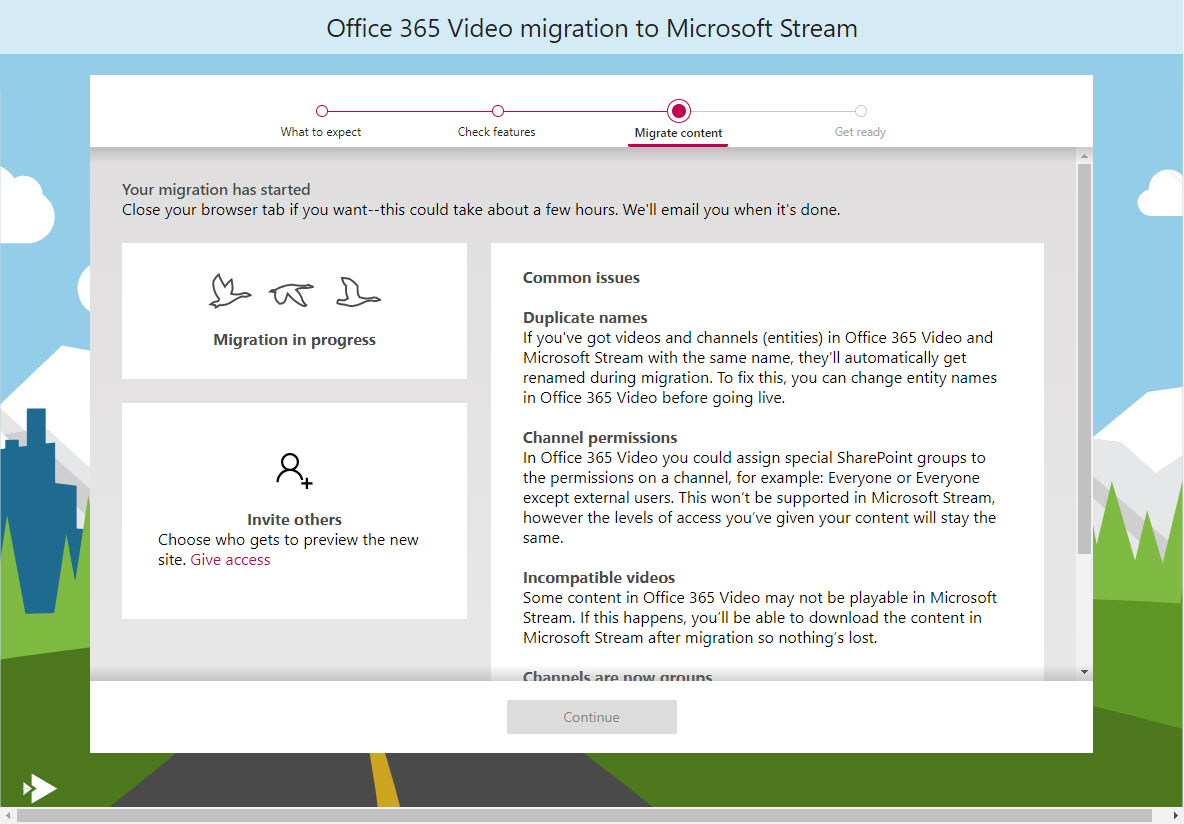 When Stream is finished, it generates an email notification to inform the administrator. Or at least, you’re supposed to receive an email – it never arrived for me. The time needed for the migration varies depending on the current load on the service, the number of videos to migrate, and the length of the videos. Stream does not generate automatic captions and transcripts for migrated videos, but it does perform face matching to generate a timeline.

The copied material is read-only and invisible to non-administrators and Office 365 Video remains the primary portal for the copied videos. The intention during this period is that subject matter experts should have some time to review the copied material before it “goes live” and is visible to end users. Administrators can review the copied content and share it with others to have them review the information and video settings if needed. If you find that some content wasn’t copied correctly from Office 365 Video, you can file a support ticket to have Microsoft check the issue.

The default length for the review period is 30 days, but you can schedule a different release date for any time up to 60 days after the migration starts or choose to release the material immediately. You can change the go-live date from the Office 365 Video portal at any time before the scheduled date.

Figure 3 shows the screen used to select the go live date. Oddly, Stream seemed to be willing to allow a 90-day review period (until 27 November) instead of the reported 60 days. 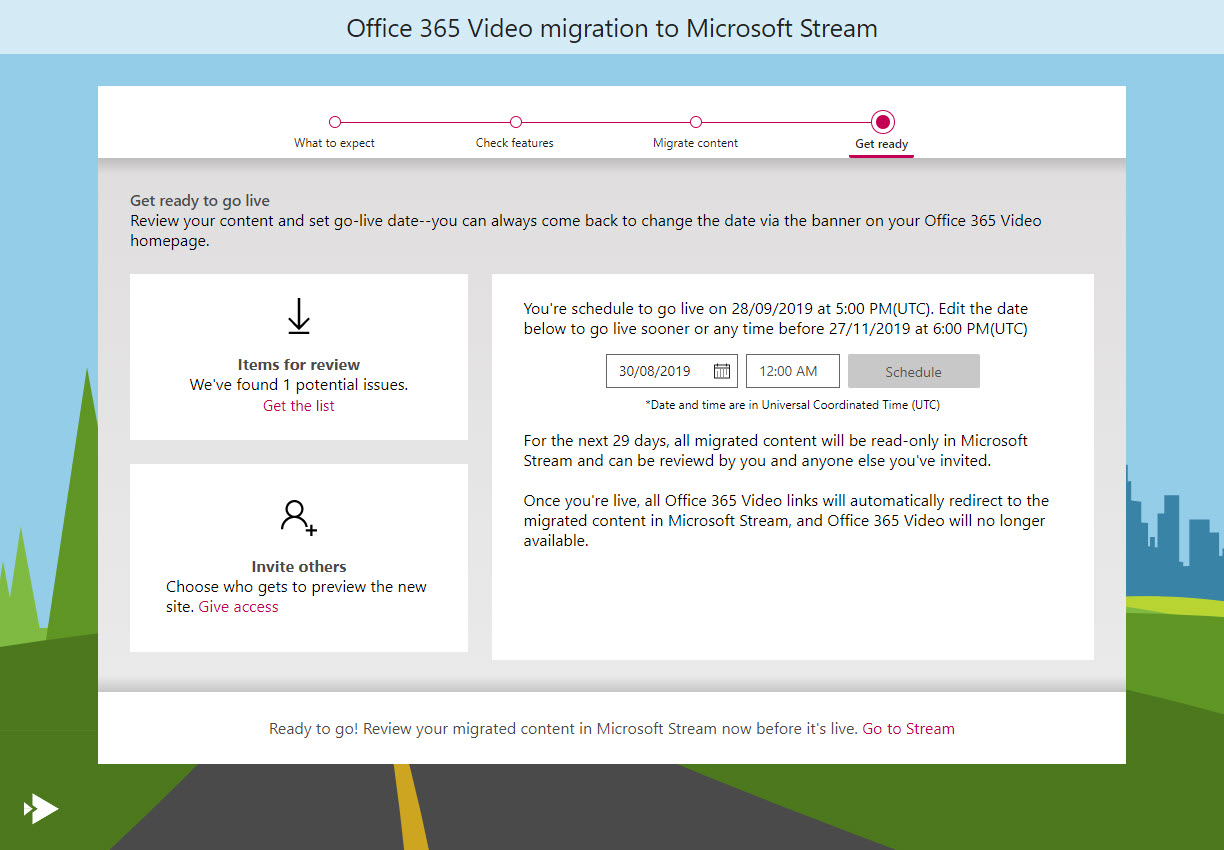 You can see that Stream says one error was detected during the migration. Clicking the link downloads a CSV file with the error information (see below). This is an area where Microsoft could do a much better job as the text output to explain errors is only suitable for machine consumption.

When the release date arrives, Stream finalizes the migration by doing one last synchronization with Office 365 Video and then makes the copied content visible in Stream. At the same time, links and embedded codes to Office 365 Video content are updated to point to the information that’s now in Stream.

It is the nature of migrations that they are often imperfect. Based on experience to date, I have a high level of confidence that raw video files will transition successfully to Stream; the problems that occur are likely to be with settings and external access. This doesn’t mean that you don’t need to plan as good planning invariably leads to better migration results.

For more information about the migration, see the Microsoft documentation.