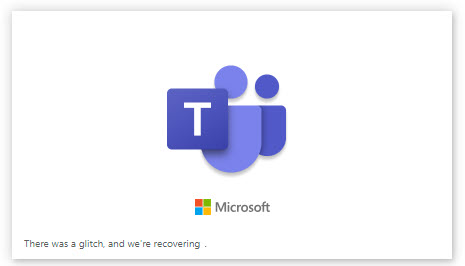 Slack’s July 22 post entitled “Introducing a snappier, more efficient Slack desktop experience” introduces a range of new features that aim at some well-known weaknesses in Teams. It’s almost as if a group of Slack product managers put a list of Teams issues on a whiteboard and decided to make their client better in those areas. Given that Teams has surpassed Slack in terms of active user numbers and has announced a flood of new features recently, some response was needed

“Teams uses Electron as its development platform and consumes scads of memory.” Check. According to a report on The Verge, Slack has rewritten the client to be “multi-workspace aware.” Slack uses Electron too, but components have been rewritten in React to deliver a 50% decrease in memory usage.

Although I am unsure if this makes a heap of difference to end users, there’s no doubt that Teams has been criticized for the extraordinary amount of memory it has been observed to use in the past. To be fair to the Teams developers, the current build running on my computer (1.2.00.19812 64-bit) occupies just over 400 MB on a 16 GB system. And although that number can climb to 500 MB or more depending on user activities, especially on video calls when the memory consumed can go well past 700 MB, usage is not so bad on modern PCs (I’ve seen worse). By comparison, Outlook 2016 (Click to Run) occupies a relatively svelte 165 MB.

“Teams can be sluggish.” Yep. There’s no doubt that Teams can run slowly at times. Slack says that their desktop now launches 33% faster than before, which could be important if you want to get the client started quickly. However, it’s unlikely to be of tremendous importance in the middle of the day when the client is fully loaded. Unless, that is, you want to switch tenant, which is very slow with the Teams desktop client. On the other hand, the Teams mobile client switches tenants with alacrity.

Slack says that joining calls is up to 10 times faster and notes that this could “mean the difference between showing up to a meeting on time or not.” Hmm. I sincerely doubt that such an increase will make a real difference. And anyway, Teams is pretty good at joining calls. Like any claim made by a software vendor, Slack’s reported performance gains need to be validated in the real world.

“Teams can’t work offline.” True. Teams has cached information that can help it survive a temporary network glitch, but it’s not offline mode as Outlook users would recognize. I haven’t used the new Slack desktop client, so we must rely on the statement in Slack’s post:

“The latest desktop release will allow you to launch Slack and view channels and conversations you’ve previously opened. Gone are the connection error messages that bring work to a standstill. Instead, you’ll be able to look back on messages from your session, even if your signal drops in and out.”

In other words, the Slack client will gloss over intermittent network failures to allow users to continue accessing cached data. New messages will appear when the network resumes. Again, this isn’t true offline mode, but it does enable the client to behave better in unstable network conditions.

This is the most important new feature reported by Slack and it highlights a very real weakness of Teams. Microsoft has improved the ability of Teams to work across flaky Wi-Fi networks, but any sign of a network glitch is liable to stop the client working. Some work can be done offline with documents if you’ve synchronized document libraries with the OneDrive client, but Teams is first and foremost an online client.

To be fair, offline access is less important now than it was when Outlook 2003 introduced us to the delights of a full offline mailbox thanks to drizzle-mode synchronization and a batch of network smarts. Even so, Teams could do a better job of being more resilient to network problems and offer some offline working capabilities to make the lives of people who travel easier.

Waiting for Microsoft to Respond

The changes Slack has made are good, especially offline access. Teams needs to do better in that area and perhaps we’ll see Microsoft release a client update with some network resilience soon. Bulletproof protection against bad networks would be so nice.