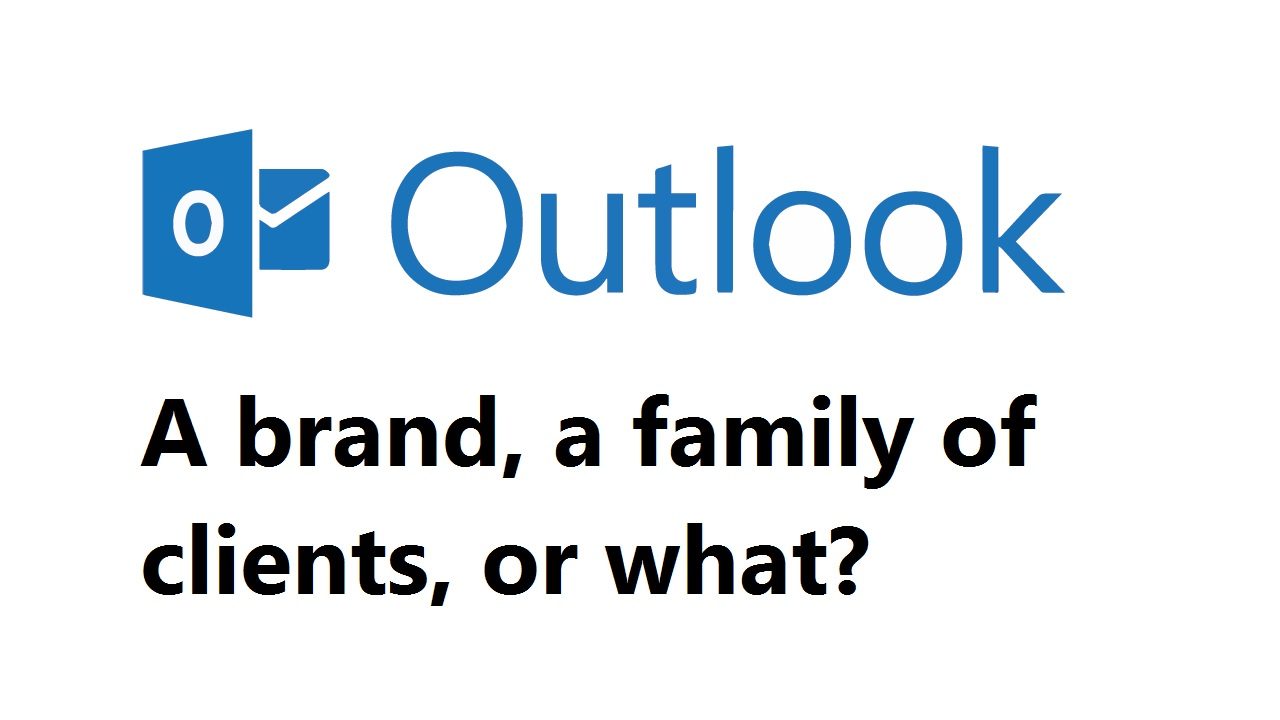 The Rebranding of Outlook

On August 4, 2015, Microsoft announced an attempt to rebrand the browser-based client for Exchange and Exchange Online when they said “Formerly known as the Outlook Web App (or OWA for short), our browser-based Outlook experience will simply be referred to as “Outlook on the web” going forward.”

The Exchange community looked, considered, and then decided to ignore Microsoft’s grand pronouncement. Outlook on the web (or Ootw) is a horrible name only beloved by its creator. It does not trip off the tongue easily. It is nonsensical insofar as something is never “on the web”. Or if you go to extremes and heap qualifiers upon qualifiers (Figure 1), things just get silly.

But really, OWA is OWA is OWA. Simple, well-known, practical. In short, a good name.

The Meaning of OWA

OWA used to mean “Outlook Web Access”, which was the name used for Exchange 5.5 through Exchange 2007. OWA received a huge makeover in Exchange 2000 and began the journey from being a relatively simple interface that could interact with a mailbox to the highly functional client we have today. At that time, WebDAV (Distributed Authoring and Versioning) was all the rage and it was viewed by the Exchange team as the way to transform OWA’s capabilities so that it might become a client capable of handling both email and document access.

Looking back at what I wrote at the time, in an article dated January 6, 2000 (yes, I have been writing about this stuff for far too long), I noted:

Of course, many of the technologies referred to in that article have been consigned to the great byte wastebasket in the sixteen years since. The demands for increased security, better functionality, performance, and the ability to deal with other browsers (especially Chrome) have all left their mark on OWA, all for the better.

The Moving Target of Office 365

No client remains the same for long these days. OWA certainly evolves quickly because it’s often the test bed for new functionality introduced into Office 365. For instance, OWA was the first client for Office 365 Groups and it’s the first non-mobile client for the Focused Inbox.

Some criticize Microsoft because OWA changes so often and, at times, so abruptly, but it’s simply a consequence of demands from users for new features allied to competitive pressure. On the other hand, OWA for Exchange on-premises doesn’t change quite so often, partly because many of the features introduced for Office 365 cannot be backported to the on-premises servers.

Returning to the attempt to rebrand OWA, I understand that “Outlook on the web” is not really the way that Microsoft intends the name to be used. Sticking the name inside quotes made people think that was the case, but a four-word-brand is pretty unwieldly and unlikely to stick. In fact, what we’re seeing here is a move to protect the Outlook brand as a whole.

Microsoft wants to simplify branding so that all clients on all platforms are just “Outlook”. In short, a simple, easy to understand brand that spans a family of clients, each of which has different capabilities dependent on the platform. It’s the same idea as you see in the Facebook, Gmail, and Spotify brands. No one gets bent out of shape because the Facebook client works differently in a browser than it does on a mobile client. Why shouldn’t the same be true of Outlook?

If required when writing about the different clients, a descriptor clarifies exactly what client is meant: Outlook for iOS, Outlook for Android, Outlook for Mac, and maybe even (eventually), the desktop client will be Outlook for Windows. And of course, Outlook web, Outlook browser, OWA, or whatever you want to call that client. Apparently, Microsoft has standardized on “Outlook on the web” so we will continue to see that moniker.

Further evidence of the rebranding project is seen in how Microsoft now refers to ex-Hotmail consumer email service as “Outlook Email”. To emphasize the family feeling, the look and feel of the consumer service is very similar to OWA inside Office 365. In fact, apart from the ads (which disappear if you pay $19.95 a year to use the ad-free version), the functionality and user interface is so similar to OWA in Office 365 that you could be excused for mistaking which one is the free client.

But People Think of Outlook as the Fat Client

I’ve no doubt that Microsoft very much would appreciate if everyone goes along with their rebranding effort. However, Microsoft is pushing a rock up the hill of 20 years of history here. To me, and I suspect to many others, “Outlook” is not a brand. It’s the fat desktop client that was originally launched as Outlook 97 to replace the original Exchange Viewer (which was available for DOS as well as Windows). OWA is OWA. The mobile clients are identified by their platform. And Outlook for Mac stands alone and proud in its own way.

But hey, I’m not a marketing professional and perhaps the rebranding will take hold this time round. After all, it takes time for brands to gain traction. The growing commonality of functionality across all the clients gives a certain logic to the initiative. I guess we’ll just have to see how this develops.