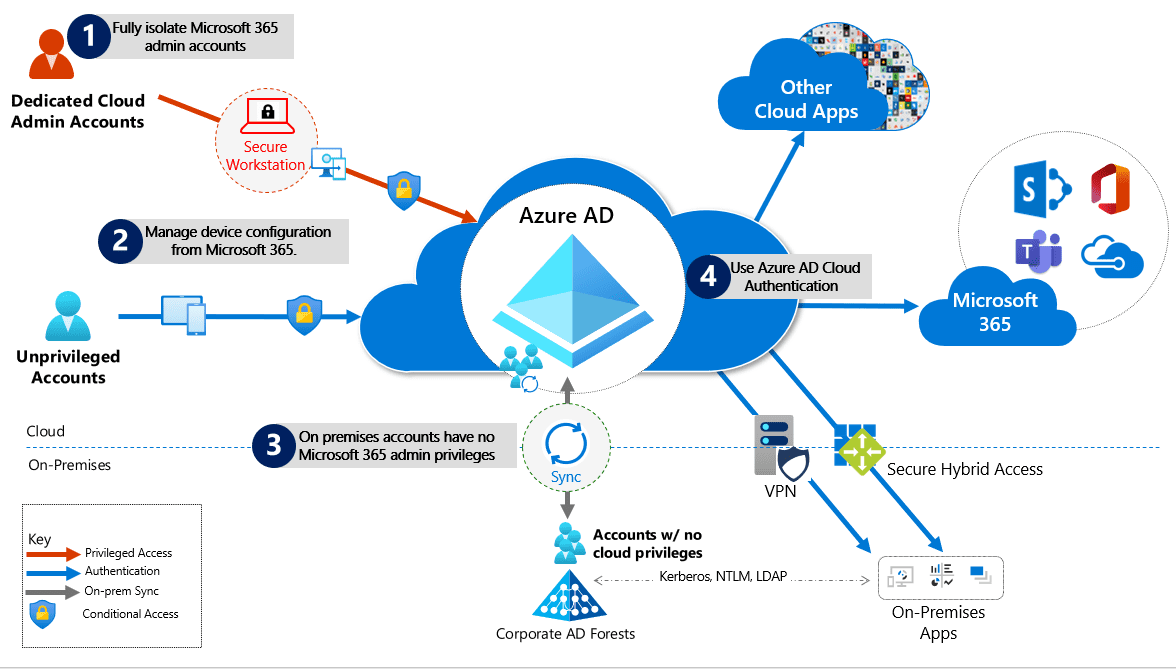 Following the Solorigate attack in late 2020, which used SolarWinds’ IT monitoring and management solution Orion, Microsoft has provided advice to its customers on how to better protect their systems. The SolarWinds attackers compromised networks through malicious code in the Orion product. It allowed them to elevate privileges and get access to organizations’ trusted SAML token-signing certificates.

Security Assertion Markup Language (SAML) is an open standard that facilitates user logon to on-premises and cloud services. It is the basis on which Azure Active Directory (AD) forms trusts with systems like Windows Server Active Directory. The attackers forged SAML tokens to impersonate organizations’ existing users, including privileged accounts.

Attackers could potentially have accessed any resources trusted by an organization’s SAML token signing certificates. Although, Microsoft says that its built-in Azure AD security and monitoring features were able detect anomalies in SAML authentication.

Compromised on-premises systems can be used to ‘hack the cloud’

Regardless of how secure Microsoft’s cloud is, the Solorigate attack showed how compromised on-premises systems can propagate malicious activity to the cloud. Microsoft has some important advice to help organizations protect themselves against these kinds of attacks.

Microsoft has long been pushing account and password hash synchronization as the easiest and most secure way to connect Azure AD and Windows Server Active Directory. There are few, if any in most cases, advantages of using Active Directory Federation Services (ADFS) to connect Azure AD and on-premises AD. ADFS is complicated to set up and maintain, and as we now know, it can make Azure AD vulnerable to attack if on-premises AD is compromised.

2. Synchronized objects should not hold admin permissions in Microsoft 365

Microsoft says that devices joined to Azure AD and managed by Mobile Device Management (MDM), using a solution like Intune, are more secure because it eliminates dependencies on Windows Server Active Directory.

5. Use Azure AD to authenticate users

You could be thinking that Microsoft is just trying to push its cloud solutions. And there might be some truth to that. But it is also true that if set up correctly, Azure AD can provide a more secure identity management solution than Windows Server Active Directory.

Microsoft invests in new security innovations and technologies for Azure AD. And while some of them can be extended to Windows Server AD in hybrid environments, most of them are exclusive to the cloud. Azure AD has secure defaults, and it is less complex than Windows Server AD, which can lead to more secure systems.