Microsoft announced today that its OneDrive sync client for Mac is now generally available for Apple M1-powered Macs. The updated OneDrive version launched in public preview for Office Insiders back in December 2021. It allows the app to natively on M1 processors which should lead to better performance.

“We’re excited to announce that OneDrive sync for macOS will now run natively on Apple silicon. This means that OneDrive will take full advantage of the performance improvements of Apple silicon. We know this has been a long-awaited and highly requested feature, and we’re delighted to make it generally available starting with build 22.022,” the OneDrive team explained today. 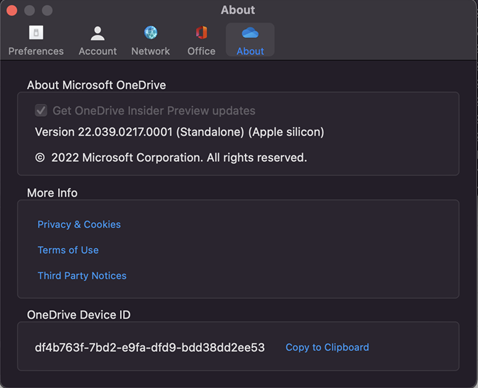 Furthermore, Microsoft’s OneDrive sync client has rolled out a new Known Folder Move (KFM) feature in public preview on macOS. This means that OneDrive users can now sync and secure content from various folders across macOS devices. So, all important files will always be accessible, even if the device is reset or the computer fails to work.

Microsoft has highlighted that IT admins can set up preferences for Mac users to back up their files in the Desktop and Documents folders to OneDrive. However, there is also an option to silently configure this new Known Folder Move (KFM) feature without publicizing it. 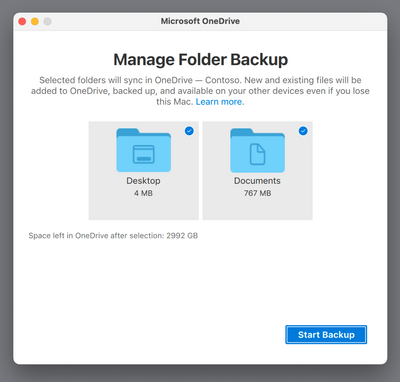 This feature is available for all Mac users running macOS Monterey 12.1 at no additional cost with up to 5 GB of free storage. To enable it, you will first need to enroll your Mac devices in the Insiders ring and enable the Known Folder Move (KFM) preview by heading to OneDrive Settings >> Backup.

It is important to note that the Known Folder Move (KFM) experience is currently available in preview in the standalone version of the app. This feature can only backup files stored in Desktop and Documents at launch, but the company is planning to add support for more folders in a future release.