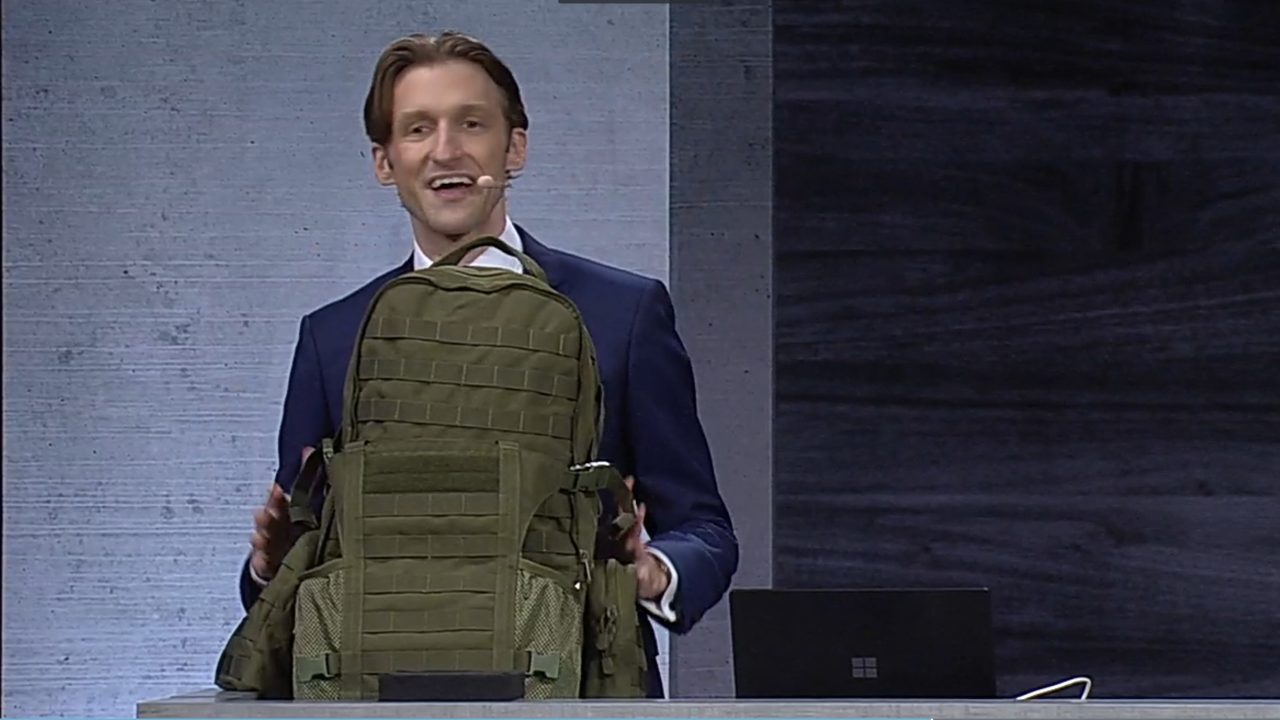 This morning, at the Government Leaders Summit, Satya Nadella took to the stage to make the pitch about how Azure is the right solution for government workloads. While talking about how Microsoft is already being utilized by various military services, the company showed off a new version of Azure Data Box Edge.

Data Box Edge is a Hardware-as-a-service solution. Microsoft ships you a cloud-managed device with a built-in Field Programmable Gate Array (FPGA) that can operate independently of a network connection. In the scenarios shown today by Microsoft where Data Box Edge is applicable, they were referring to a forward operating base or during the recent Ebola outbreak.

Previously, Microsoft offered a blade-server that you could bring along and gain the benefits of Azure, but localized to your working office. The company is taking this concept one step further with a new solution that weighs under 10lbs, can fit in a backpack, runs on batteries, and meets the 810G ruggedized standard. 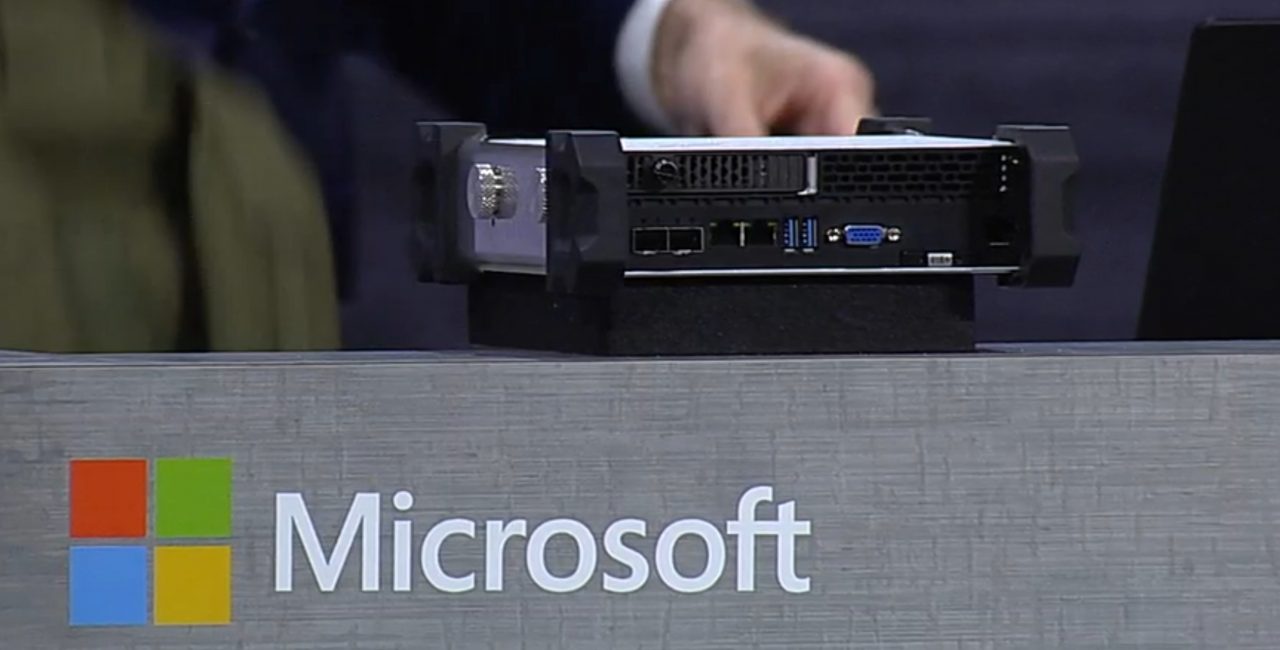 Shown above is the small version of Azure that can fit nearly in your pocket. The device can run for “extended periods of time” on battery, Microsoft did not provide a duration, and the solution brings AI/ML features to your worksite. As an example, the company said you could use this box to scan real-time drone footage to look for a lost person.

Microsoft often portrays its cloud services as this monolithic, interconnected, database of applications but the company is quickly moving towards edge-use cases such as these Data Box products. Yes, Microsoft has been a player in ‘edge’ computing for a long time, but the reality is, that as computational power increases and machine learning scenarios can be localized while off the grid, Azure services are venturing deeper into what was traditionally “on-premises” territory.