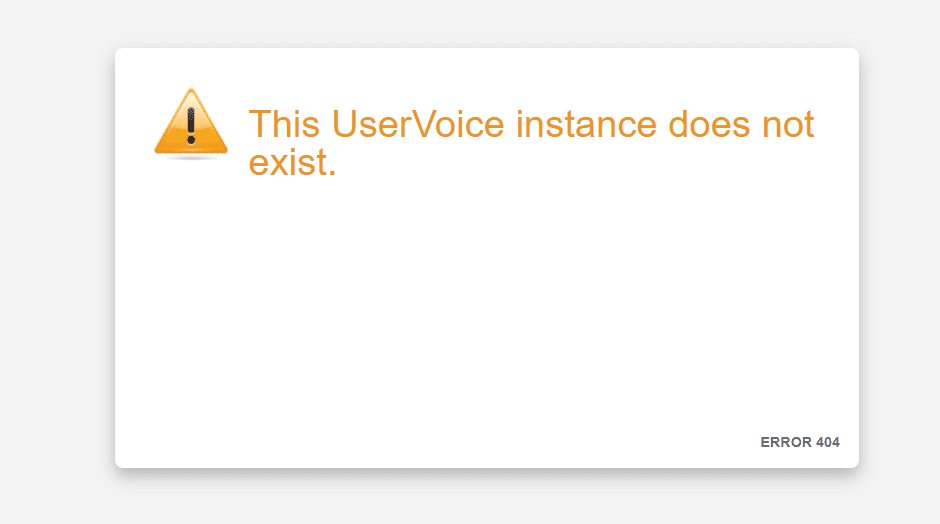 Microsoft appears to have made a move that will likely leave many confused as the company appears to have shut down some of their popular feedback forums, UserVoice. For those not familiar, UserVoice is where Microsoft was collecting feedback about features, updates, bugs, and other items related to a wide variety of services but that appears to be coming to an end.

The company was using UserVoice for many different products but earlier today friends on Twitter started noticing that they could no longer access the forums for some products like Office 365. Further, not only are they no longer online but all the data that was contained within the feedback tools is also no longer accessible.

As of the time of this post, it looks like Office 365 is completely gone but the company is still directing users to that site. I reached out to Microsoft and they provided the following comment about the shutdown of UserVoice for Office 365:

“We are always striving to better serve our customers, including how we can improve the tools and processes for collecting feedback. We are leveraging 1st party solutions and are evaluating enhancements and standardizations to improve and streamline how we communicate with customers and collect their feedback.” – a Microsoft spokesperson

But if you follow the links it can lead you to a dead end as shown in the image below.

This is a big shift for Microsoft and my gut would say that the company is looking to move to internal tools and that’s a perfectly reasonable approach. But what is not reasonable is not letting the Microsoft community know that these forums were going away until it was impossible to access the service with no officially documented workaround.

The company has also updated the Office 365 UserVoice page to note that all UserVoice pages will be shut down in 2021 in favor of their own feedback solutions.

From my perspective, the bigger challenge here is the data that was contained in these forums now appears to be lost. I would frequently track these items as a way to understand feature and product sentiment but without User Voice, that data is now harder to isolate.

Of course, this all could be an accident but given that I am hearing from many different insiders that this appears to be intentional, it looks like UserVoice is going the way of the Zune.