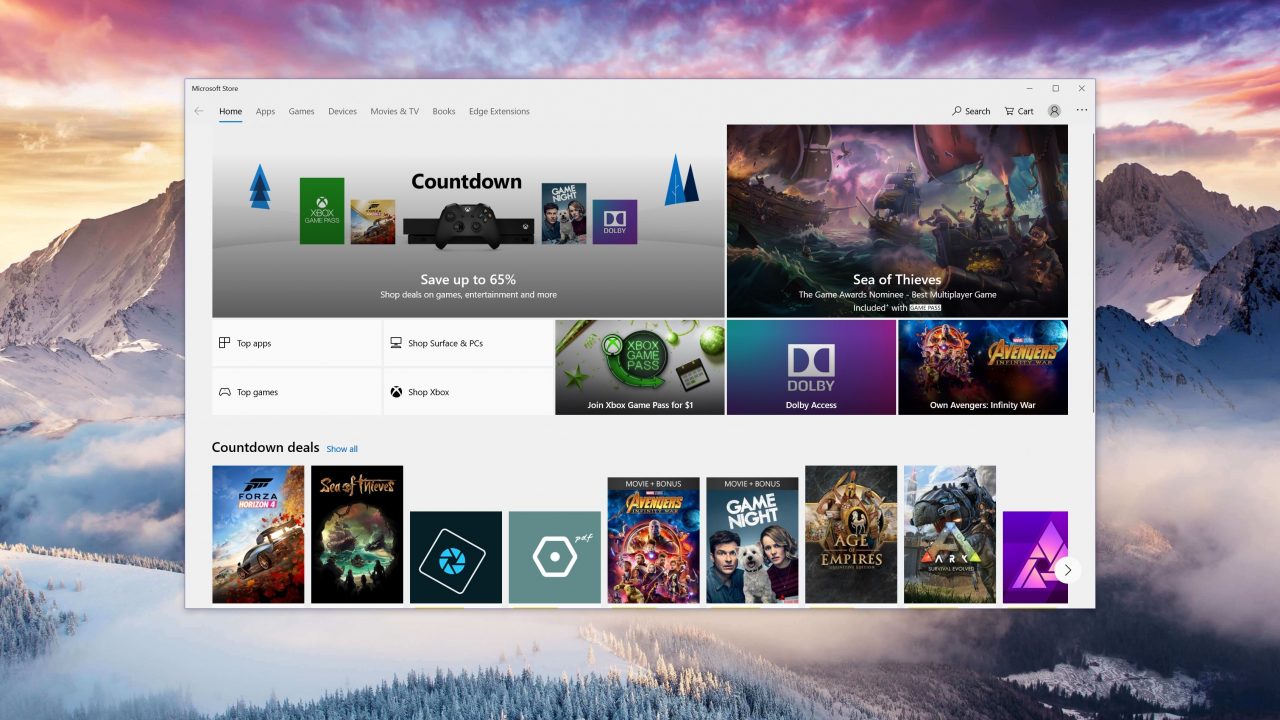 Back in the spring of 2018, Microsoft published a blog post saying that the company would soon be more generous with its revenue share in the Microsoft store. At the time, the company said that the Microsoft Store will soon give developers 95% of the revenue earned from some purchases and that this update would arrive in 2018.

Seeing as today is the first day of 2019, the new pricing model has yet to be implemented; the company failed to live up to its promise to be more generous with its app store.

According to the post, the Microsoft Store Team said they will split revenue 85%/15% for some sales of non-games and up to 95%/5% for deep link sales but as of today, this payment model has not rolled out to developers. The specific payment model language is pasted below:

Emphasis is mine; I asked about a dozen developers on Twitter to see if they have received an updated agreement or an updated pricing model notification from Microsoft with not a single person saying they have received a notification. I asked developers of both premium, non-premium apps, and even Windows Phone apps; zero of those who have premium apps in the store have reported receiving the updated pricing model.

At the time of this posting, those who earned revenue in December of 2018, are showing payouts of 70%, which is the previous model that the company was using as a revenue split with developers.

The wording of Microsoft’s post is a bit tricking as they say only deep links will get the 95/5 rev share or links from Microsoft promotions for 85/15. So it could be possible that every developer I talked to had not been deep linking to their own apps for sales (unlikely) or not included in a Microsoft promotion like a collection (more likely). But, before this rev share was going to roll-out, a new agreement was to be distributed and signed.

Later this year (2018). We’ll prompt you to accept a new version of the App Developer Agreement

I reached out to Microsoft for a comment and will update this post when I hear back. But seeing as this is a holiday and many people are on vacation the entire week, I don’t expect a quick response. [Update] Statement from the company posted below:

“We have been working on delivering on changes to our current Microsoft Store fee structure, but need a bit more time to get it right. Visit this page for current details and to sign up for notifications when the new fee structure goes into effect.”

When Microsoft made this announcement, it was regarded as a big win for developers as it would provide increased incentives to bring apps to the Microsoft store. But, seeing as the company has failed to live up to its promise, it erodes the confidence for building on the Microsoft’s platforms and earning a paycheck using the Microsoft store.