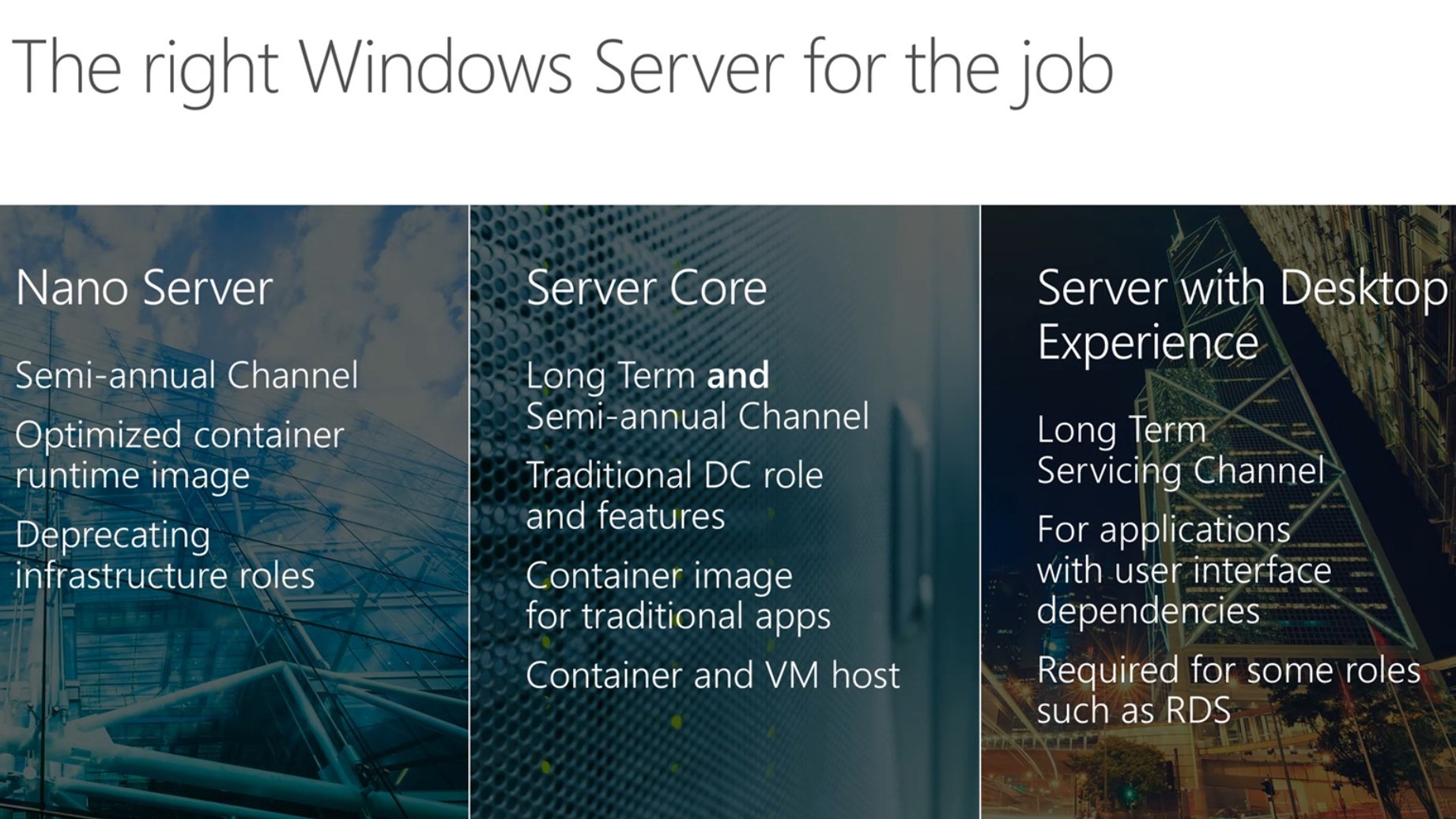 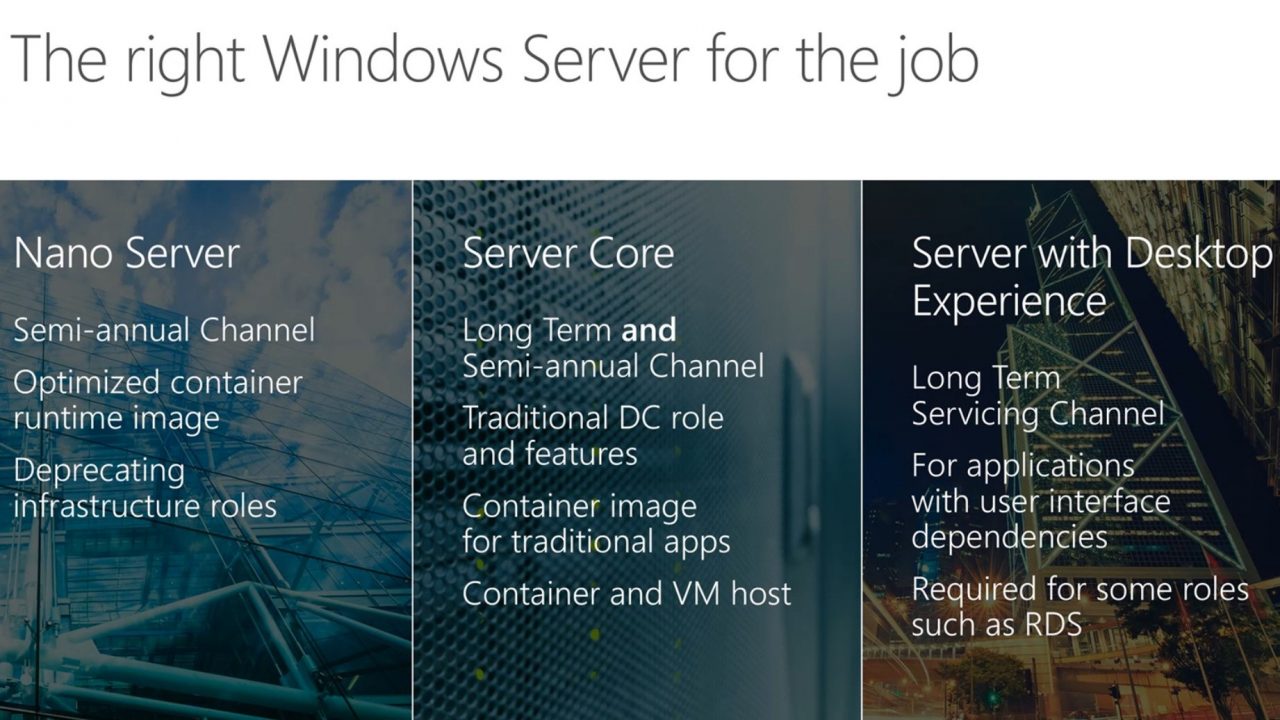 Today, Microsoft is making a substantial announcement regarding the servicing of Windows Server. The company is moving to the Windows model where they will provide two feature updates per year as well as a long-term servicing channel; you can read more about there here.

In addition to these changes, they are also re-defining Nano Server and to some extent, Server Core, to better align the swim lanes where each product resides.

If you are using Nano Server, there are big changes that you need to be aware of as Microsoft is pivoting this software to focus solely on making it a container image. As part of this effort to streamline the product, the company will be removing functionality for infrastructure related roles.

With this new focus, the company is able to reduce the size of the image by more than 50 percent which decreases startup times and allows you to increase container density. Microsoft came to the conclusion of pivoting Nano Server after they realized the majority of the users of this technology were using the platform for containers and not infrastructure based services.

Microsoft is now recommending that for infrastructure related roles that you use Server Core. For those not familiar, Sever Core is the modernized version of Windows Server and is the correct choice for the data center instead of Windows Server 2016. That platform is the only choice for when you need a server operating system that has a desktop experience which is typically used for legacy applications or those that still require a GUI interface.

Because of the deprecation of some features for Nano Server, Server Core is assuming a wider role in the data center while Nano Server will move almost exclusively to the container side of the environment. If you are currently using Nano Server for anything other than in a container, you will need to migrate to Server Core in the near future as the features you are using today will soon be going away.