Teams is on a roll. At the Enterprise Connect conference in mid-March, Microsoft said that the app is now used by over 500,000 organizations. More importantly, the number of organizations with over 10,000 users had grown to 150, up from the 60 reported at Ignite in September 2018. The uptick in organizations with large Teams populations marks a transition from test to widespread deployment and reflects the app’s growing maturity.

The Importance of Planning

But you don’t get to deploy Teams past a couple of hundred users without a management and governance plan. Elements of the plan include:

Not all these elements are important to every organization and there’s bound to be some special circumstance that needs to be incorporated into the plan to make sure that Teams works well for an organization.

Some elements involve higher-cost Office 365 plans (for instance, supervisory policies are an E5 feature), while others require Azure Active Directory Premium licenses. The extra cost might be an issue for smaller tenants but is not usually such a problem for large organizations who can gain more benefit by automating different aspects of management.

Drawing up a plan and securing agreement from stakeholders is only the start of the journey. Successful deployments usually go through an early adopter period where users and IT learn how to use and manage Teams. Training material for users is usually created during the early adopter phase, including advice to team owners and users about the etiquette of posting, effective use mentions and responses, how to create and use channels, and so on. The lessons learned during this period are then fed into the plan for wider deployment across the organization.

It’s important to recognize that Teams is very much a creature of the cloud. The app keeps on evolving as Microsoft adds new features like whiteboarding and custom background for meetings. It’s also the case that the ecosystem surrounding Teams changes too, so it’s wise to keep tabs on what’s happening in the market.

Once deployment starts, IT has a range of tools available to help manage Teams. The basics include: 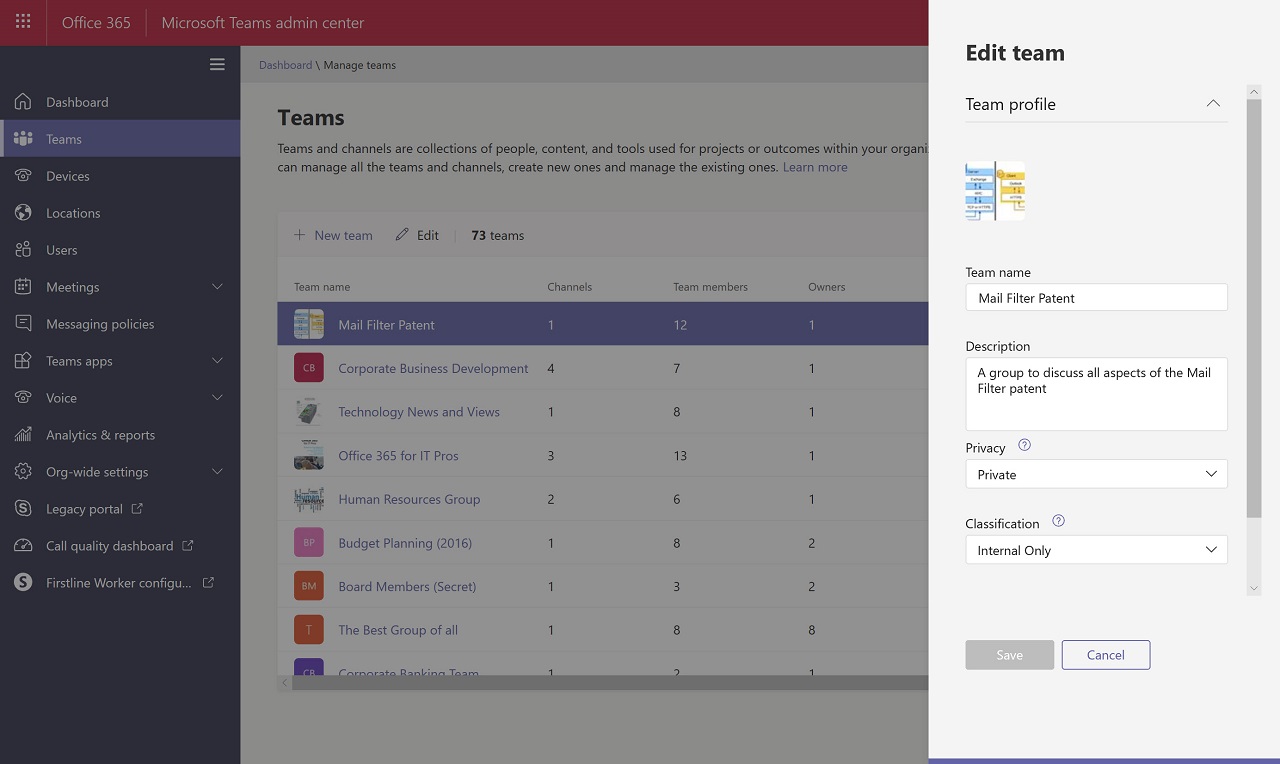 In addition, Teams needs to be integrated into the general management of Office 365 including service monitoring, communication with users during outages, archiving of information, and the decommissioning of user accounts (to ensure that no team is left without an owner).

Teams needs management to be successful: it won’t prosper if left to its own devices. Those who launch Teams without a plan often end up in a chaotic mess of teams created for indeterminate reasons holding a profusion of confused messages posted by people who don’t really know what they’re doing. Liberation is all very well, and it might be nice to give total freedom to users to collaborate, but I prefer a nice, well-rounded and considered plan, especially in a large-scale deployment.

Quadrotech’s Office 365 Reporting & Management solutions streamline Microsoft Teams administration and management. Download these additional Quadrotech resources to learn more: How to Get Your Team on Teams, How to Manage Microsoft Teams: An Admin Guide.