In this post, I will explain the new mechanism that Microsoft has just introduced for providing virtual machine storage in Azure, called Managed Disks.

The legacy method for deploying virtual machines in Azure went as follows:

With Managed Disks, Microsoft is handling the storage on your behalf; you don’t need to create storage accounts for virtual machine disks anymore. You can deploy either standard (HDD) or premium (SSD) Managed Disks, with LRS fault tolerance (3 copies in a single datacenter) – there is no GRS option, but we’ll get geo-fault tolerance from Azure Site Recovery at a later point (discussed at Ignite 2016). Reduced management is a huge benefit by itself, but there are more.

Managed disks are true managed resources in the resource group, just like NICs and virtual machines. You can use role-based access control (RBAC) to limit who can do what with your Managed Disks. 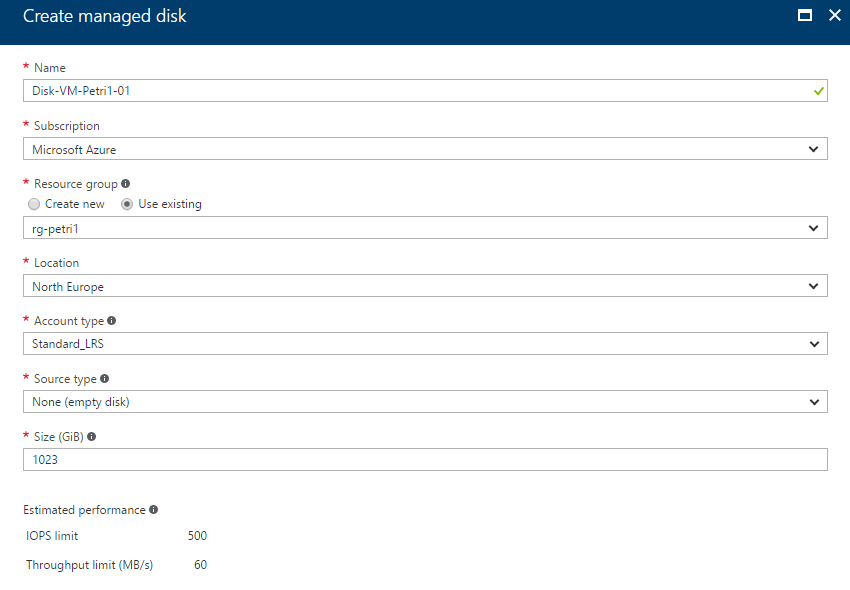 You don’t have to worry about the 20,000 IOPS limit of a storage account anymore; just deploy more virtual machines with Managed Disks, and Azure handles the placement of your disks.
If you are creating your own generalized images, then you don’t have to copy them to multiple storage accounts anymore – you simply store the image (a virtual hard disk) in a single storage account (as a blob) in each required region.
You can have up to 10,000 Managed Disks in a single Azure subscription – it’s 2,000 by default but you can have it increased by calling Microsoft Support. If you are into on-demand scaling, then virtual machine scale sets (VMSS) can handle up to 1,000 virtual machines with Managed Disks.

Here we go with a term that I dislike greatly and was glad to see the back of in Hyper-V: snapshots. You can create snapshots of Managed Disks (I didn’t say a “of virtual machines” here). A snapshot is a full copy of a disk as the disk was when the snapshot was taken. Support for incremental snapshots (as in Hyper-V) will come at a later time.
Right now, snapshots are very simple. There isn’t a coordinated snapshot process. Snapshots are done on a disk by disk basis. If a virtual machine has a single Managed Disk, then creating a snapshot is simple and reliable. If a virtual machine has multiple disks, then taking a snapshot will be a disk-by-disk operation that will lead to consistency issues. Note that doing this more complex snapshot is not currently supported – my guess is that we are seeing typical cloud development here; a basic function has been released and it will be improved over time if there is demand for improvement.
A cool trick with a snapshot is to create another Managed Disk from it, and then use that disk as the basis of another virtual machine — an identical copy, so not a good way to scale out, but great for troubleshooting or copying a lab.

Microsoft launched Managed Disks with support from Azure Backup, which was critical for production usage of the new storage option. Note that Azure Disk Encryption (ADE) is not currently supported by Azure Backup.

I’m not going to post the current prices here – this stuff is always changing and is region/currency dependent. What I will say is that:

There is a fairly simple process for converting from a machine with storage account-based disks to Managed Disks; it does require you to power down the virtual machine, but the conversion is pretty quick. 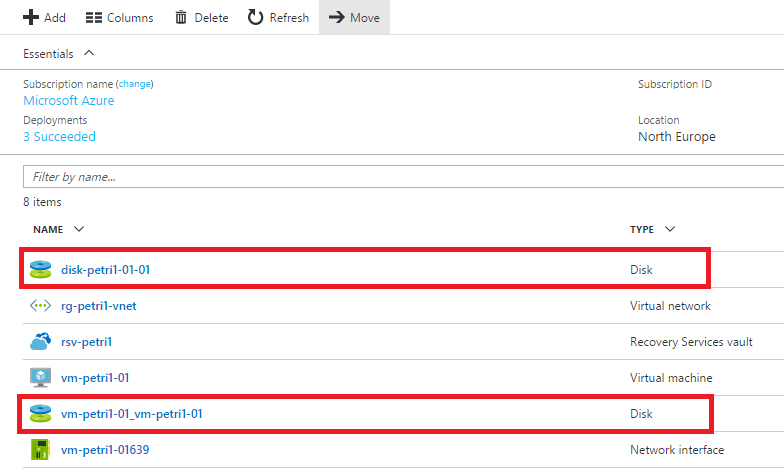 An Azure virtual machine that was converted to use Managed Disks [Image Credit: Aidan Finn]

One of the nice perks of Managed Disks is the ability to easily convert from standard (HDD) to premium (SSD) managed disks. Some of my customers deploy “S” virtual machines (capable of premium storage) with standard disks just in case they need the performance boost of SSD at a later time. Making that change will be much easier with Managed Disks.

You Azure veterans are dying to know what’s happened to the 1023GB limit of virtual hard disks. I’m sorry; nothing has changed here. If you need a data volume that is larger than 1023GB, then you need to span virtual hard disks (which does incrementally improve performance of the volume).

Do we Still Need Storage Accounts?

Yes, we do. If you want to enable diagnostics, then the data is stored in a storage account (Microsoft says this will migrate to Managed Disks at a later time). You might use Storage Accounts to store generalized images, scripts, and other items, too.