How to Use SetSPN to Set Active Directory Service Principal Names 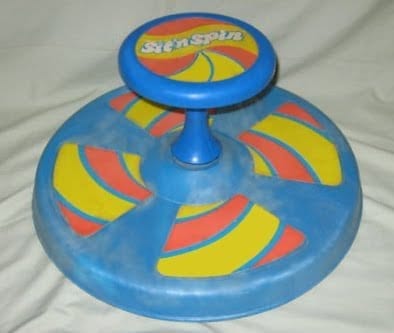 A common configuration step when establishing a Kerberos authentication method is the use of a Service Principal Name, or SPN, to identify a specific service. This article shows you how to specify a user or computer account to be identified with that specific service by using the SetSPN utility.

First things first: SetSPN is a built in utility with Windows Server 2008 and Server 2008 R2. You don’t have to download SetSPN to use it. It’s already part of your operating system on both workstations and servers.

Note: While SetSPN can be run from either a workstation or a server, don’t run it from domain controllers. Use SetSPN from either a member server or a client system to assign Service Principal Names to a user or computer account.

We’re talking about SetSPN, not to be confused with a Sit ‘n Spin. (Image via Imremembering)

What Is an SPN?

An SPN is a reference to a specific service, for example, an instance of SQL or a web application run by IIS. Since SPNs are specific, they reference not only what the service is (such as an SQL server), but also which hostname runs the instance and on which port it’s running (however, you don’t have to specify the port if running on default ports).

Service Principal Names are already in use for every computer and user account. Though not usually seen, there is a default SPN established at the time of account creation which is identified as the SAMAccountName with a Dollar Sign appended to it. Therefore, JoeUser@contoso.com would have a Service Principal Name of Contoso\JoeUser$ which is referenced by the domain during authentication and ticket granting.

When Should You Set an SPN?

Service Principal Names are not always necessary. Again, using the SQL Server as an example, once the SQL instance is established, a web application that uses the databases in the instance may point directly at the server. In that case, an SPN is not required, because there is no confusion about where the authentication is going to take place or where the service is located. However, in some cases you do not reference the SQL Server by direct name.

There are more use cases published by Microsoft that provide examples of when you will need to set a Service Principal Name with SetSPN.

How to Set an SPN for an Active Directory Account

The easiest way to set the Service Principal Name for an Active Directory account is by using the SetSPN utility. It’s really easy to use once you know how, so here are some examples to show you what I mean:

This next example shows how you will set it for a Configuration Manager Database server.

Just like the first example, it uses two entries: the NetBIOS name and the FQDN are both set as SPNs.

You may have noticed the “-a” switch used on the previous examples. SetSPN can be used with no switch, but then it doesn’t set an SPN, it displays them.

This example displays all SPNs that have been set on the SQL service account. Here are the most common switches used with SetSPN:

There are also a few switches that specify whether an account is a computer or user (-c and –u), but if you omit those you’re likely all right, as it will check for computers first and then check for users. If in your domain environment you have computers and users that share account names, then you will want to use the –u switch to modify user accounts.

But Wait… That’s Not All!

Here are a few notes that may come in handy when dealing with Service Principal Names.

Though the Kernel Mode Authentication in IIS 7.5 removes many of the use cases for setting the Service Principal Names for SQL and Web applications, there are still times when it is necessary to set the SPN by using the SetSPN utility.

SetSPN is free, and it is already installed on your Windows PC or Server. You can run SetSPN from member servers or workstations. It can be used to add Service Principal Names to an AD account, as well as delete them and search for duplicate SPNs that are in the domain.