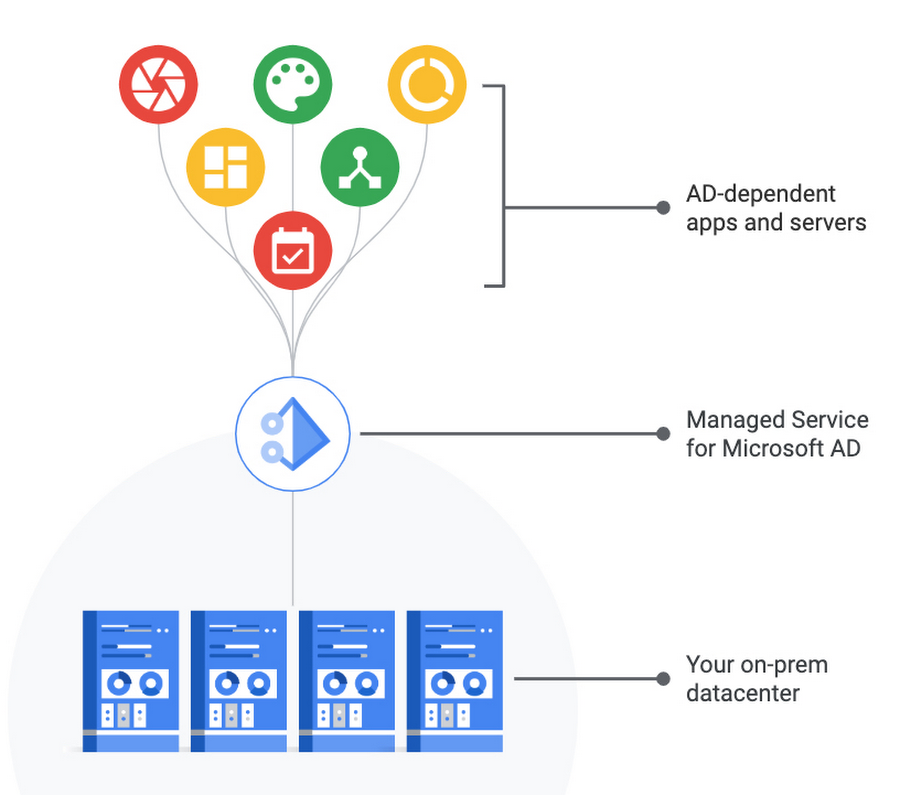 Office 365 uses AAD for identity and authentication of users. But organizations can also leverage AAD for managing access to line-of-business cloud apps.

Azure AD DS reached general availability in 2016. But now Google is stepping up its game. Google announced February 20th that it has released its own solution called Managed Service for Microsoft Active Directory (MSMAD).

Organizations can use MSMAD to ‘lift and shift’ on-premises apps to the cloud. Standard AD features, like Group Policy and the Remote Server Administration Tools (RSAT) can be used to manage domains.

You can choose to deploy the service in a specific region to service apps in the same or different regions. Alternatively, you can extend the service to additional regions and still use one managed AD domain.

Google says that organizations can connect on-premises AD to MSMAD or create standalone domains in the cloud. If you are deploying Windows VMs in Google Cloud, you can use MSMAD to automatically join them to AD and harden them using Group Policy.

Both Google MSMAD and Azure AD DS are managed services. So, there are some restrictions to what you can do when you connect to and manage Active Directory in the cloud.

The FAQ section of Google’s documentation provides some information on the limitations of the service:

The most notable restrictions of Azure AD DS are that LDAP binds can be read-only. LDAP cannot be used to write or modify the directory. LDAP is an open, industry-standard protocol used for accessing directory services on Internet Protocol (IP) networks.

Additionally, schema extensions are not supported. So, apps that rely on modifying the AD schema won’t work with Azure AD DS. Here is a list of privileges missing from Azure AD DS:

If you are already invested in Google Cloud and have apps that rely on AD, then Managed Service for Microsoft Active Directory is a welcome addition to Google’s cloud lineup. MSMAD will make it simpler for enterprises to move more apps to Google Cloud. And it will make apps easier to manage than ever before.

For more detailed information on how to work with Managed Service for Microsoft AD, check out Google’s documentation here.