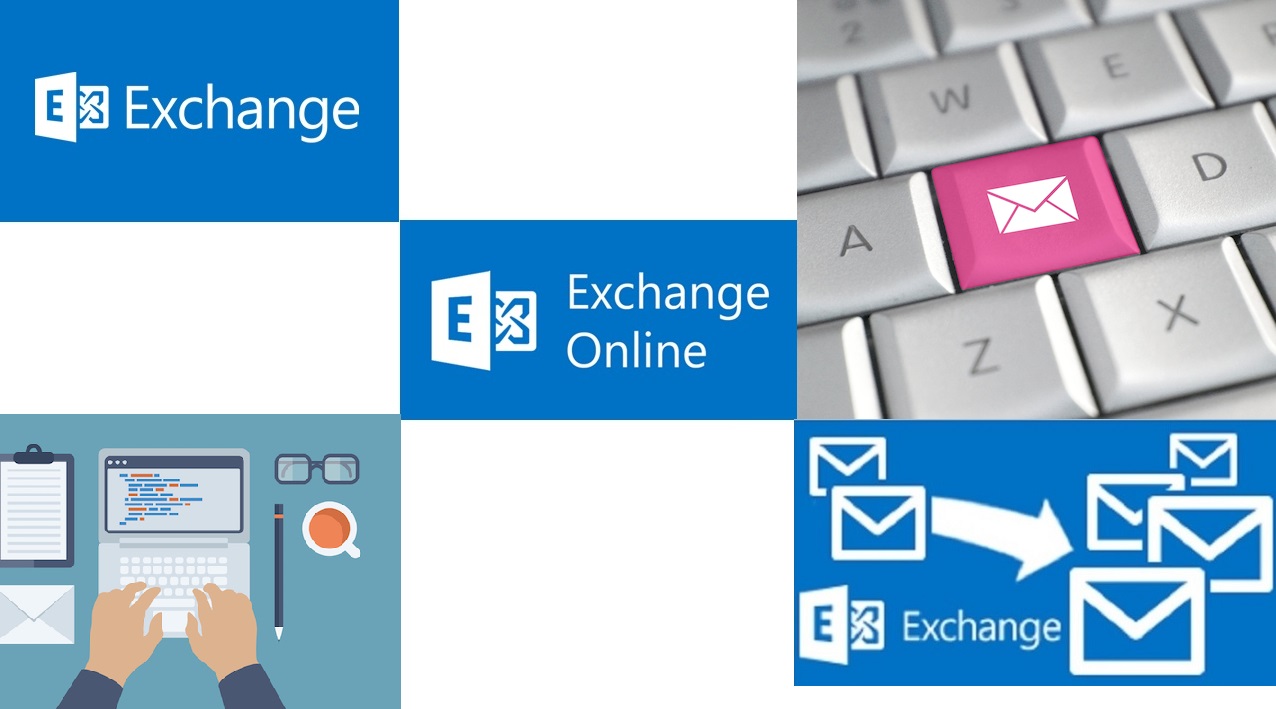 One Step Forward for Exchange

It’s often the case that a change that seems small and unimportant can have a big impact. Such is the case of the change Microsoft made to OWA’s Recover Deleted Items function to allow Exchange to restore items into the folder from which they were deleted.

The original decision, implemented in Exchange 2010 when Microsoft introduced “dumpster 2.0”, aka the Recoverable Items folder structure, can be defended. After all, when you use the Recover Deleted Items option (Figure 1) to restore a deleted item, it is reasonable to expect that Exchange might put the recovered items back somewhere sensible. Before now, Microsoft used the “folder type origin” to figure out where items go. For most mailbox items, OWA put them back into the Inbox. For calendar items, it is the Calendar, Contacts go to the Contacts folder, and Tasks go to Tasks. 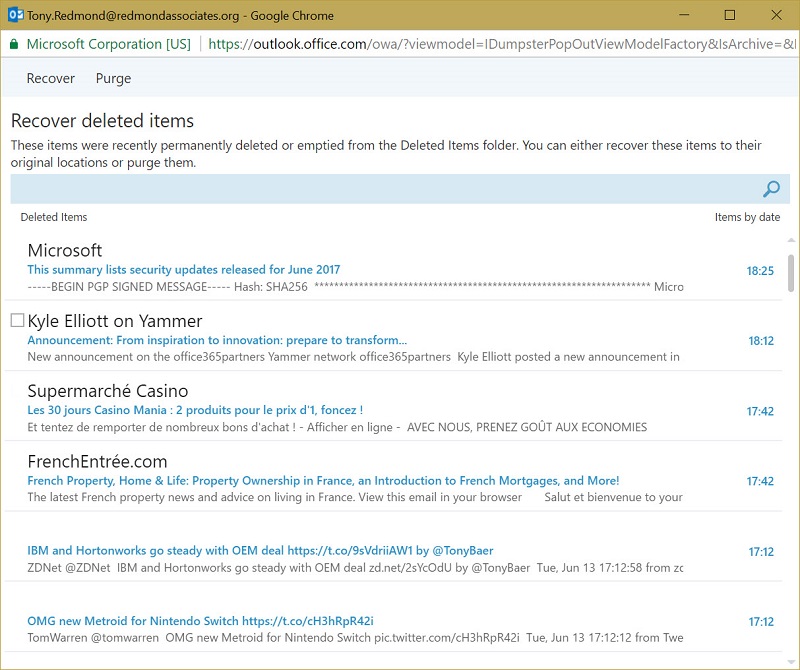 The advantage of this approach is that is it simple. Far too simple. Which is the point made by customers who attended a spirited debate on the topic at the Ignite conference in 2015. In passing, I note that being able to debate with Microsoft engineers is a very good reason to attend Ignite. That is, if you can identify (or find) the right engineers.

The new behavior (called Original Folder Item Recovery) is that when you soft-delete or hard-delete an item (move to Deleted Items or move direct to the Deletions sub-folder in Recoverable Items), Exchange stamps the item with the last parent folder identifier (LAPFID). So, if you delete an item from the “Special Things” folder, the LAPFID is the identifier of the “Special Things” folder. The identifier is not the name of the folder. Instead, it is a pointer that persists even if you rename the folder or move it somewhere else in the folder hierarchy.

If you then use OWA’s Recover Deleted Items feature to recover that item, OWA reads the LAPFID and knows that it should recover the item into the “Special Things” folder – or whatever you currently call that folder. This is exactly what Exchange should have been doing for the last eight years.

On-premises users will see the feature work when the server that hosts their mailbox is upgraded to run Exchange 2016 CU6 (or later). Microsoft released Exchange 2016 CU5 on March 21, 2017, so given the three-monthly cycle for cumulative updates, you can anticipate seeing CU6 around June 20 (updates are released on Tuesdays).

Microsoft has not said whether they will backport this change to Exchange 2013. We have already been through sixteen cumulative updates for Exchange 2013 and I do not expect them to do it at this point, so I would not hold your breath.

Microsoft says that Exchange has been silently stamping LAPFID on deleted items since Exchange 2016 CU1, which is good because it means that you can recover any item deleted in the last fifteen months or so to the right place – if the item still exists in your mailbox. If an item does not have a LAPFID in its properties (because it was deleted a long time ago), it is processed as before.

The downside is that only OWA understands the last parent folder identifier. Outlook for Windows and Outlook for Mac need some brain surgery to upgrade their approach to item recovery. The necessary code update will come in time.

Outlook currently restores items to the Deleted Items folder and ignores even the “folder type origin” half-step to intelligent recovery. In short, users must figure out where items should end up after Outlook restores them. Hopefully, Microsoft will update Outlook soon and place it on an equal footing with OWA.

One thing that Exchange still cannot do is to restore deleted folders. Exchange treats items in deleted folders individually and you cannot recover a collection of items to a deleted folder because that folder no longer exists in the folder hierarchy. Instead, you must recreate the folder, restore items, and move the items to the recreated folder.

Towards a State of Perfect Data Protection

I liked Microsoft’s bold statement in their blog post that they “continue to look at ways [to]… minimize the need for third-party backup solutions.” Good luck to them with that goal. Microsoft might succeed in their quest to convince customers that Exchange Online does not need to be backed up, if only because Office 365 backups cover a lot more than just email. But in the on-premises world, I think some administrators will keep taking backups until the last Exchange server is decommissioned, whenever that might be.