In today’s Ask the Admin, I’ll show you how to work with containers in Windows Server 2016. More specifically, I will show you how to use an image from the Azure gallery that has the Windows Containers feature. It also has a ready-to-use Server Core along with Nano Server Docker images already installed.

Docker is a system for managing containers. This technology was borrowed from Unix-based operating systems and is now included in Windows Server 2016 in the form of Windows Containers. For more information on Docker and Windows Containers, see What is Docker? and Are Docker Containers Better than VMs? on the Petri IT Knowledgebase.

Before continuing, you’ll need an Azure account. If you don’t already have one, sign up for a free 30-day trial here. 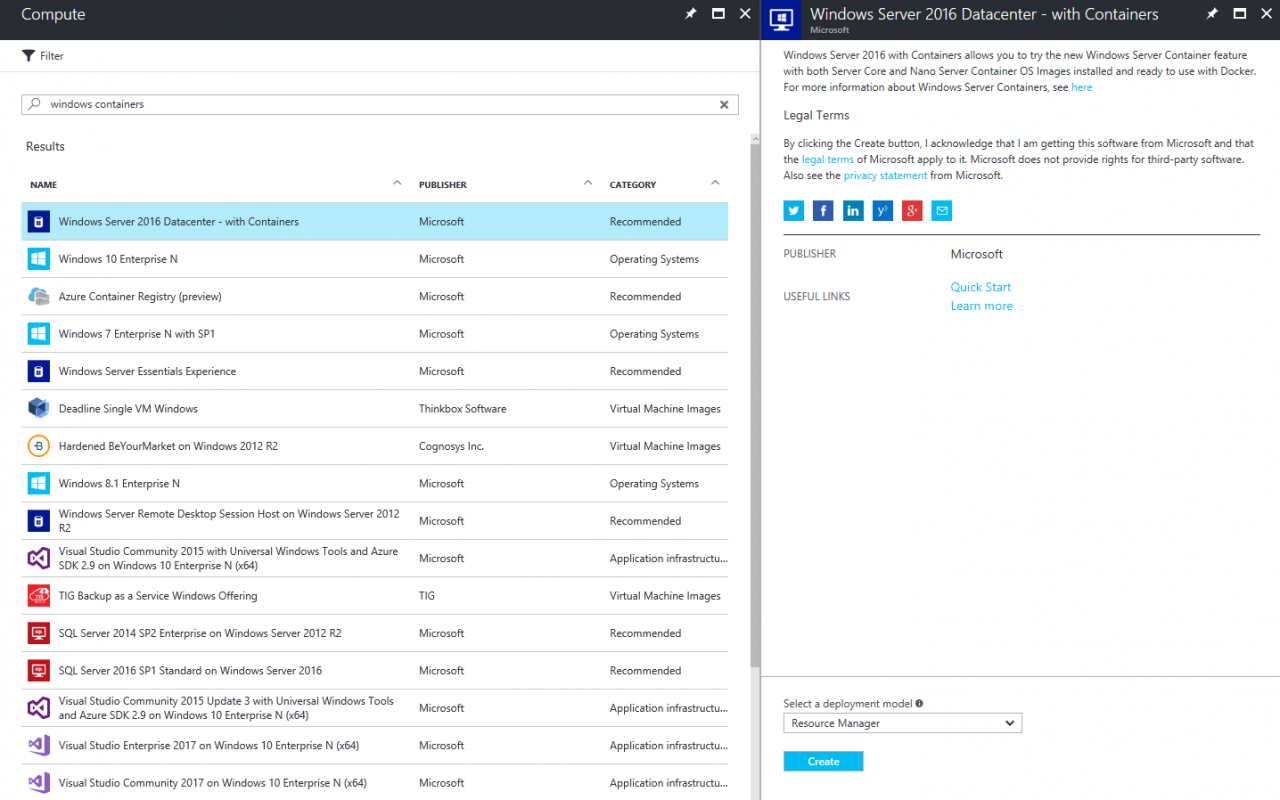 Connect to the VM Using RDP

Once the VM has been deployed, the VM’s configuration panel will automatically open in the management portal.

In the PowerShell console in Windows Server 2016, type docker images and press ENTER to see the list of pre-installed images. You’ll see there are two images, one for Windows Server Core and another for Nano Server.

Let’s create a new container based on Windows Server Core:

Now run type dir and press ENTER to see a list of files in the c:\ directory. You’ll see container.txt in the list. 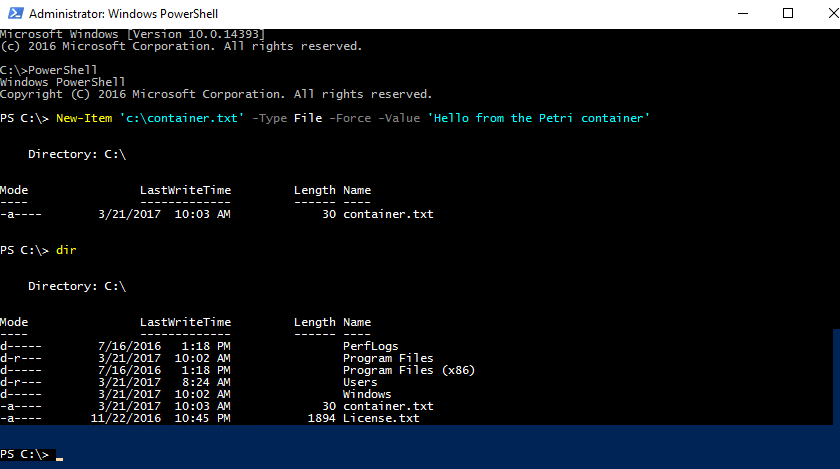 Create a File in the Container (Image Credit: Russell Smith)

Let’s exit the container. You’ll need to type exit and press ENTER twice. The first exit quits the PowerShell session in the container, the second returns you to the host server’s command prompt. Now type dir c:\ and press ENTER to list the files in the root of the server’s system drive. Notice that container.txt is missing because it’s only present in the Petri container.

To see the list of containers on the server and their status, type docker ps -a –no-trunc and press ENTER. Containers can be stopped and started by name or ID as shown below:

In this article, I showed you how to quickly get up and running with Containers in Windows Server 2016.