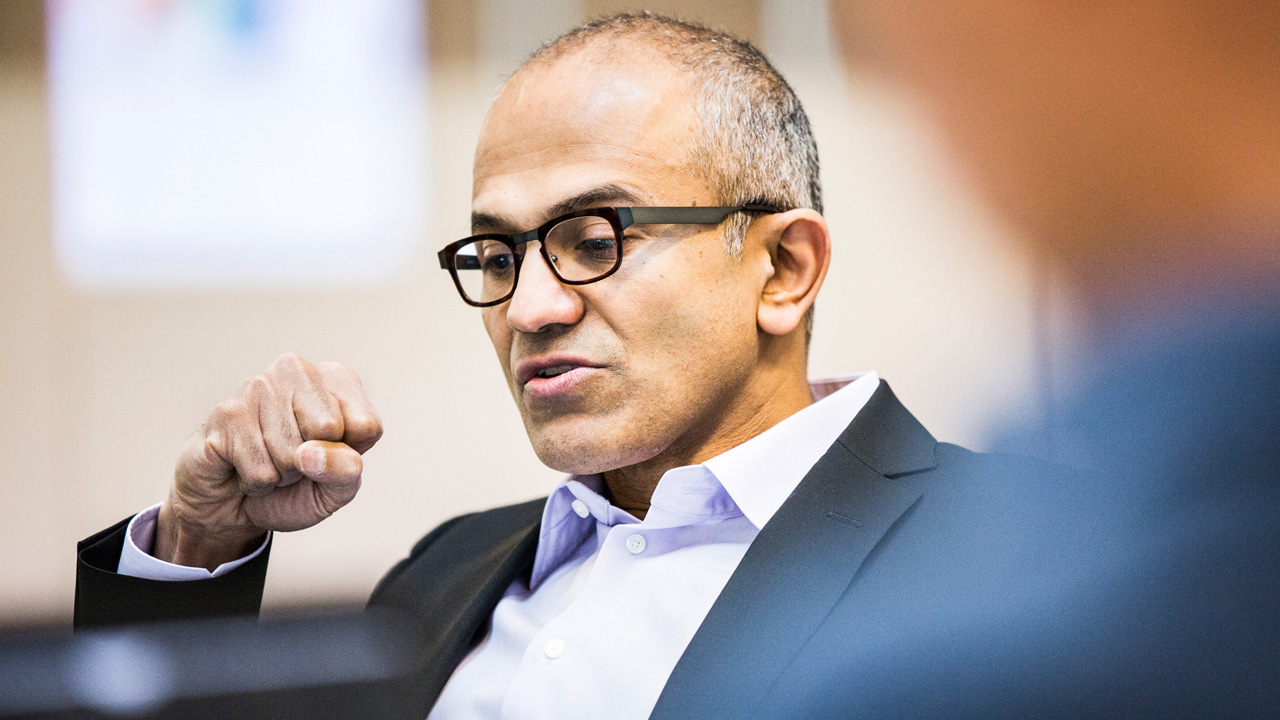 Microsoft CEO Satya Nadella will publish his first book, Hit Refresh, in 2017. In doing so, he follows in the footsteps of Microsoft’s first CEO, Bill Gates, who published The Road Ahead in 1995.

As you might infer from the title, Mr. Nadella’s book will describe his philosophy for pivoting the Microsoft juggernaut to address the needs of the mobile first, cloud first world.

“This book is about change,” Mr. Nadella says in a press release announcement. “It is not a ‘how to succeed’ book, nor is it a memoir—it’s premature for that. Ultimately, I am writing for Microsoft team members, customers, and partners in hopes that these stories of transformation will be useful to them as they navigate their own path.”

“Nadella explores how people, organizations, and societies can and must transform—hit refresh—in their persistent quest for new energy, new ideas, relevance and renewal,” the publisher explained. “Nadella writes that uniquely human qualities like empathy will become more valuable in a world where the torrent of technology will disrupt like never before.”

Mr. Nadella will donate the proceeds from the book to Microsoft Philanthropies to benefit nonprofits working on public cloud for public good projects, the publisher noted. But no worries: He earned $84 million from Microsoft in 2014, and over $18 million in 2015.

Of perhaps equal concern is that Nadella not make the literary mistakes of his publishing predecessor: When Gates wrote The Road Ahead in 1995, Microsoft and the industry were on the cusp of the Internet era, and the antitrust issues that triggered Microsoft’s personal computing decline. But Gates barely mentioned the Internet in The Road Ahead, which is somewhat embarrassing for the person who was then consider the leading tech seer of his age.

Gates—and Microsoft—adapted quickly to the Internet, of course, and his famous “Internet tidal wave” memo appeared just weeks after The Road Ahead appeared in print.