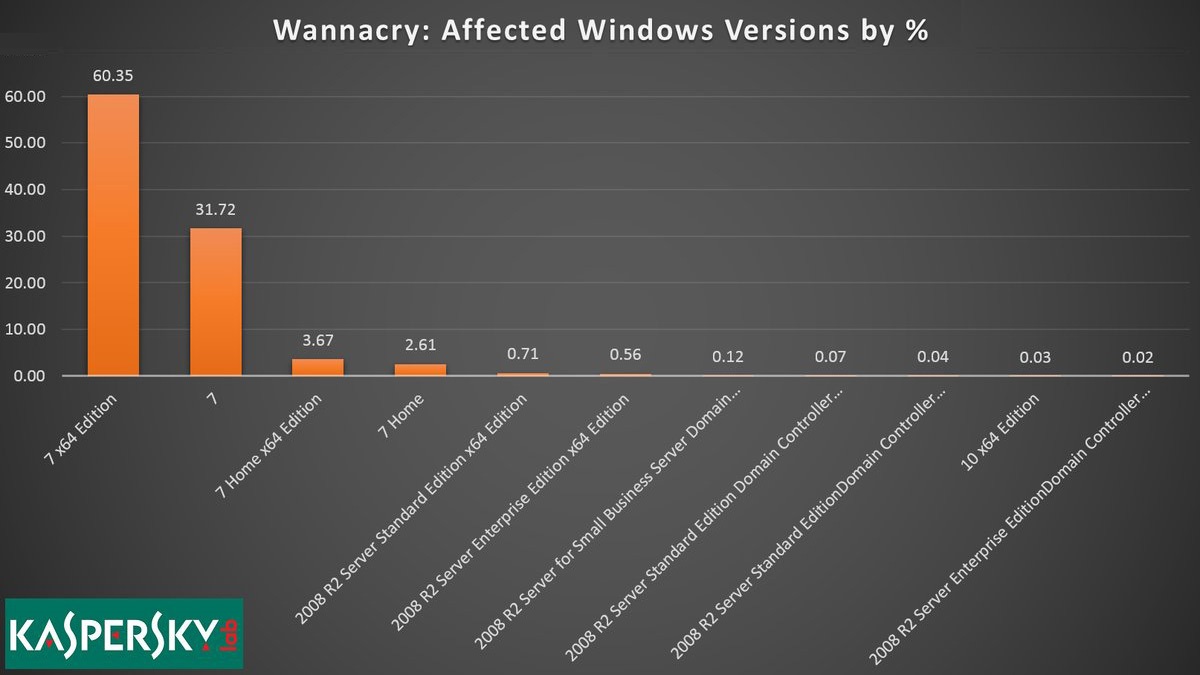 Because it’s my 27th anniversary, this edition of Short Takes looks at WannaCry’s sad final statistic, the Windows 10 Creators Update rollout, the new Surface Pro, Andy Rubin, and much more.

With WannaCry in the rearview mirror, common sense finally rears its ugly head

Last week, I assailed all of the baloney around the WannaCry ransomware attack, with critics accusing Microsoft of being at fault and, worse, further accusing the software giant of making things worse by charging Windows XP users for a fix. Well, I was too kind to these idiots, as it turns out. Contrary to the Chicken Little scare-mongering reporting at The Financial Times and elsewhere, fully 98 percent of those impacted by the attack were running Windows 7, and not Windows XP. In fact, the number of Windows XP-based PCs impacted by this attack was “insignificant,” and was somewhere under 0.2 percent of all impacted PCs. Folks, you gotta let this one go: No, Microsoft should not be forced to update out-of-support versions of Windows, especially for free. There is just no good reason to do so.

The all-caps tells me that you ARE A TROLL, not that this is IMPORTANT.

After the ugliness of the Windows 10 Anniversary Update last year, Microsoft is understandably concerned about getting it right for the latest Windows 10 feature update, called the Creators Update. And it has pledged to more stringently test these updates, stage the rollout, and be more transparent about what it is doing. And now, 6 weeks after it first began rolling out the Creators Update, it is delivering on all three: The update is being staged in a conservative fashion to ensure high reliability, things are proceeding as planned, and the rollout is in fact “on track,” Microsoft says. This is a welcome change from last summer, which went so badly that I called on Microsoft to maybe reconsider its Windows as a Service strategy.

New Surface Pro: Hot or not?

This week, Microsoft launched its new Surface Pro—cunningly called the new Surface Pro—at a special event in Shanghai, China. Why China? Because we all most bow down before our new customer overlords. Why a new Surface Pro? Because this is Microsoft’s best-selling Surface device, and it was overdue. Why not Surface Pro 5? Because it’s a minor revision for the most part and not worthy of a major version number change. So why bother? Because this thing is actually pretty sweet. The new Surface Pro gets 50 percent more battery life, at 13.5 hours. It works with a new Surface Pen that provides double the performance, four times the pressure sensitivity, and has lower latency when compared to its predecessor. And it even adds Surface Studio features, like the ability to ratchet the screen back to 165 degrees and use the Surface Dial right on the display. No, it doesn’t offer USB-C/Thunderbolt 3. But that may be its only major shortcoming. This update looks solid.

“Get real, Microsoft: If the Surface Pro is a laptop, bundle it with a Type Cover”

This battle over semantics is boring. It’s marketing. Deal with it.

As you may know, Andy Rubin created Android and led the development of the dominant mobile platform for years after Google acquired his firm. But what impresses me most about Rubin is that he alone responded quickly to the iPhone threat: When Apple announced its world-changing smartphone in 2007, Rubin halted development of the Android that was and turned it immediately into an iPhone clone that would quickly overtake Apple and own this new market. Meanwhile, all of the established phone platform makers—all of them: RIM/Blackberry, Nokia, Motorola, Palm, whomever—sputtered and clung to the past, and all are either gone or diminished laughably today as a result. Which is all a pretext to this: Next week, Rubin is going to show off his new phone, which he’s creating via a startup called Essential. And given his history, this is something that maybe we should all pay attention to. Will this be like Steve Jobs at Next (a failure), like Steve Jobs returning to Apple (a success) or somewhere in-between? Next week, we’ll have a better idea. So stay tuned.

Charge wirelessly? Last all day on a battery charge? Let me arrange the icons on the home screen the way I want? Replace the built-in digital assistant? I could go on.

Years ago, Google had this idea to give users a universal phone number that could span devices seamlessly. It was a good plan, a winner. But Google kind of squandered Google Voice, as it is called, by not updating it for several years at a time. So this week, mobile provider upstart announced a new service called DIGITS that appears to deliver on the Google Voice promise, assuming of course that you are a T-Mobile customer. Basically, DIGITS lets you use a single phone number on any number of devices for free, so you can make phone calls and send/receive text messages from anywhere. But you can also have multiple DIGITS phone numbers on a single device, too (this part costs extra). You could have a separate number for the family, emulating on old home-based land line, for example. Or use the second number for one-off things, like selling items on Craigslist, where you don’t want other people to know your “real” number. This service is genius, folks. And when you combine it with T-Mobile’s other unique offerings—free international service, and so on—it makes for a compelling case to switch. I’ll be examining whether this makes sense over the summer.

Those who can’t do, teach.