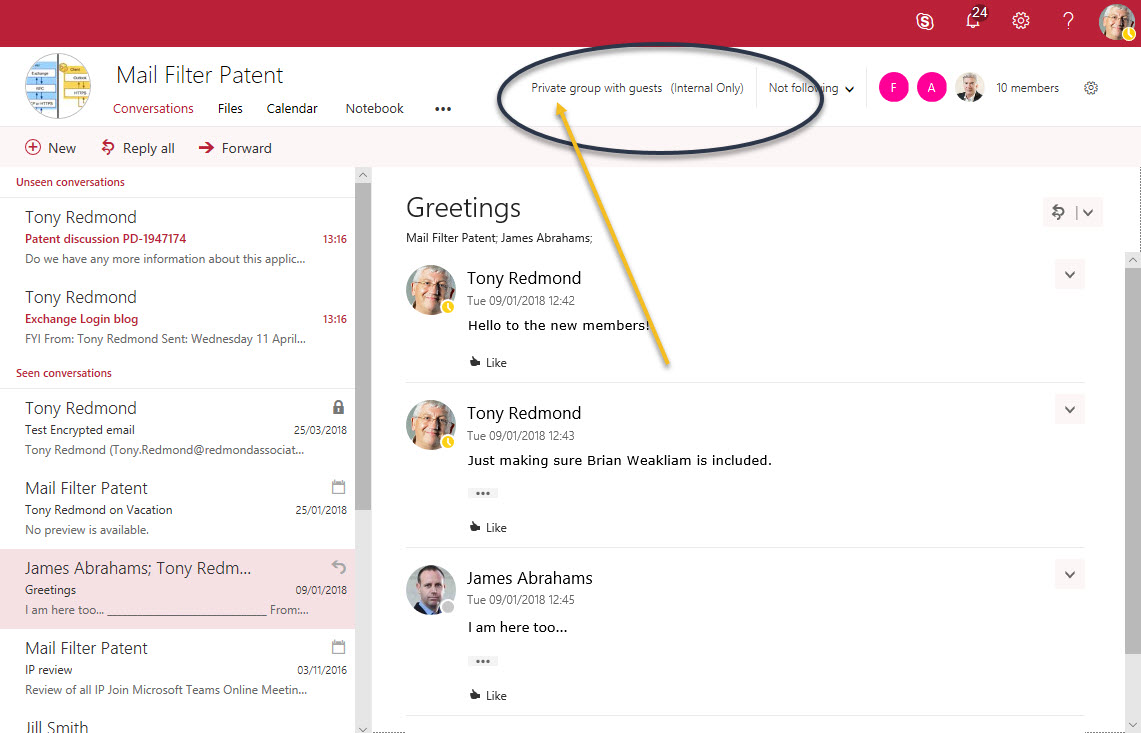 All Change with Office 365 Groups

Microsoft’s original vision for Office 365 Groups emphasized openness. Anyone could create a group and all groups were public. The aim was to foster collaboration and make sure that anyone could join in any group discussion as they liked.

Time passes by and software matures in the fierce heat of customer opinion. The original dedication to openness is less than it was. A group creation policy allows tenants to restrict the creation of new groups to a limit set of users. Teams hides groups that it creates from Exchange clients to avoid the chance of confusing users and Yammer-originated groups are invisible anywhere outside Yammer.

And now, Microsoft has decided to change the default access type for a group from public to private to satisfy  the third-highest rated request for Groups on Uservoice, the place where customers voice their opinion about changes they’d like Microsoft to make. 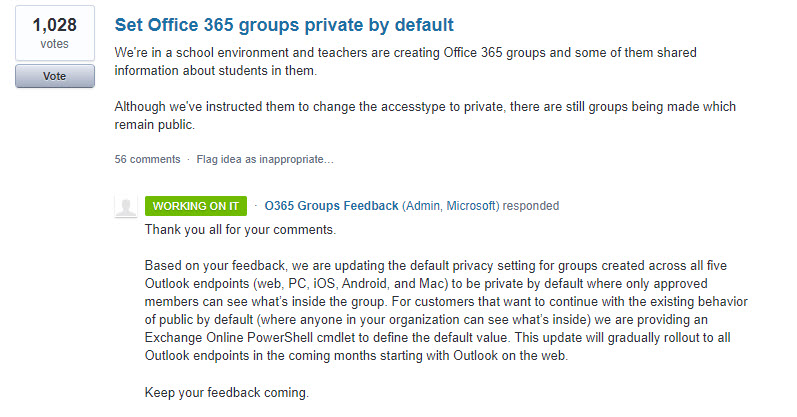 Microsoft announced that they are rolling out the change iin Message Center notice MC134487 on April 20. OWA is the first client to go private-by-default (Figure 2), followed by the four other Outlook endpoints for group creation (Outlook for Windows and Mac, Outlook mobile for iOS and Android). Microsoft can change OWA quickly, but it takes a lot longer to work user interface changes into the other clients, so you can expect public-by-default to be around for a while yet.

If you think that the change is bad and want to keep public by default, you can update the Exchange Online organization configuration with PowerShell. For example:

This change only affects the Outlook clients.

Other applications will consider this change and work it into their plans. Teams already creates its groups as private unless an owner selects public while SharePoint plans to change its default to private to match the Outlook endpoints. Expect to see a notification to this effect soon.

Looking back, it seems bizarre that when Microsoft launched Office 365 Groups in November 2014, you couldn’t change the access type after creation. The ability to change access type by editing group properties arrived in June 2016. Now, it’s a matter of updating the group through OWA, Outlook, or the mobile apps (Figure 3). 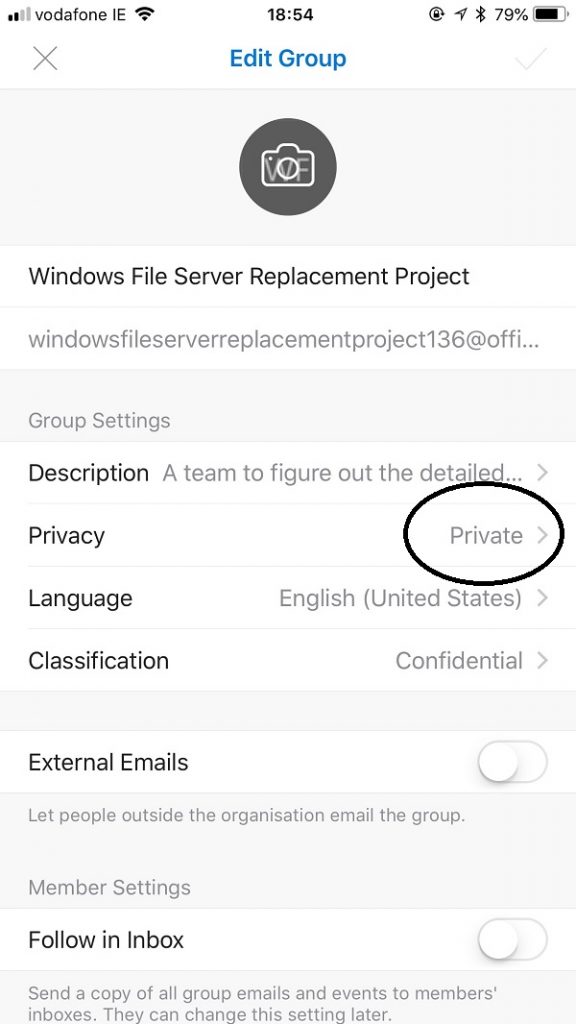 Some might be surprised at the level of administration group owners can perform with Outlook mobile. It’s there because Microsoft deprecated the original Groups app last February. Since then, Microsoft has moved administrative features over to Outlook.

Tenant administrators and group owners can also update the access type with PowerShell. Here’s how to update a single group.

And here’s how to change all the public groups in a tenant to be private to match the new philosophy.

Education Drives Some Change in Office 365

Microsoft is doing well with Groups and Teams in the education market, especially in the U.S., and it is unsurprising to see them respond to these customers by making groups private by default. Some corporate customers will like the change too, while those who don’t can switch back to the old behavior as described above. I guess everyone likes the idea of being open, but when pressure goes on, privacy is the primary concern for many.