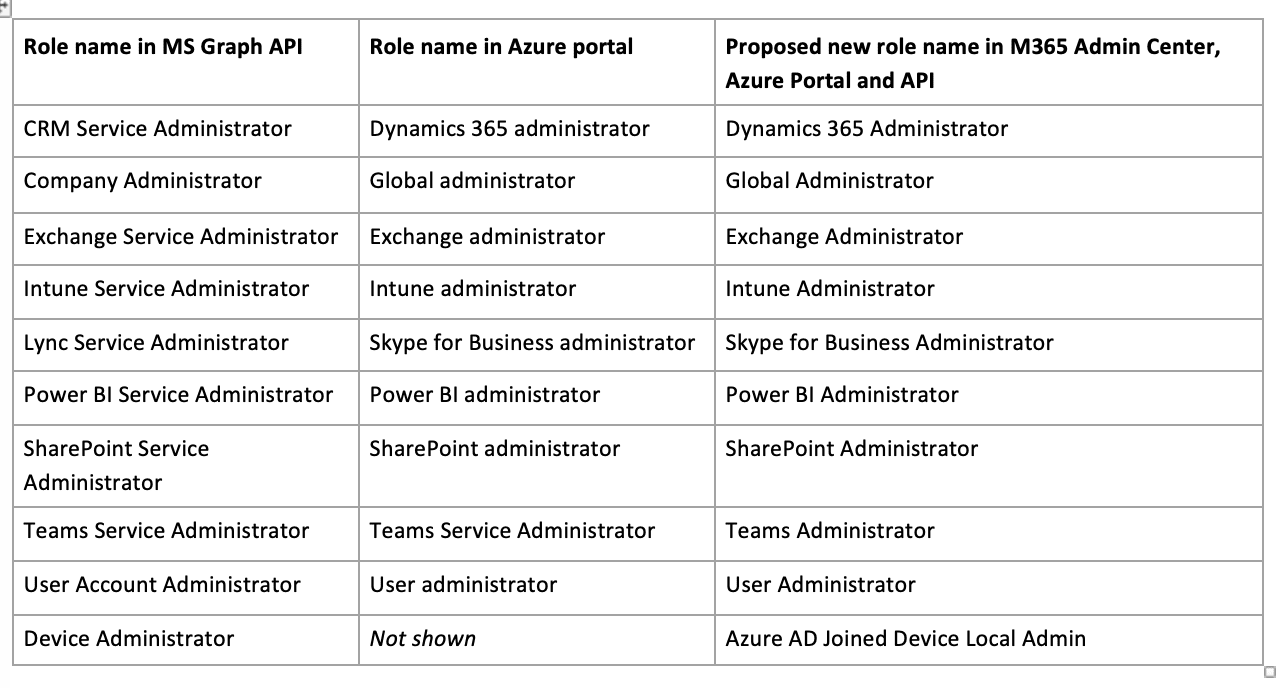 One of the challenges of running a sprawling enterprise ecosystem is keeping everything consistent. With on-premises, hybrid, cloud, and admin portals all over the place, making sure that everyone describes each feature the same in each location can be difficult.

Back in August, Microsoft announced that they would be updating the names of several roles for Azure Active Directory. The point of this is to make them consistent with the names that appear in Microsoft 365 admin center, Azure AD portal, and the Microsoft Graph.

While there was an initial delay, the company says that the rollout is now complete. Listed below is the new mapping.

If you have a Powershell script that touches these roles, you will need to update it so that it functions as expected. As a best practice, Microsoft strongly encourages you to reference the role template ID and not the display names in your scripts or code.

This update is not introducing any new features but I would bet there are a few admins waking up this week and wondering why their scripts have stopped working. Thankfully if that is the scenario, this should be an easy fix.