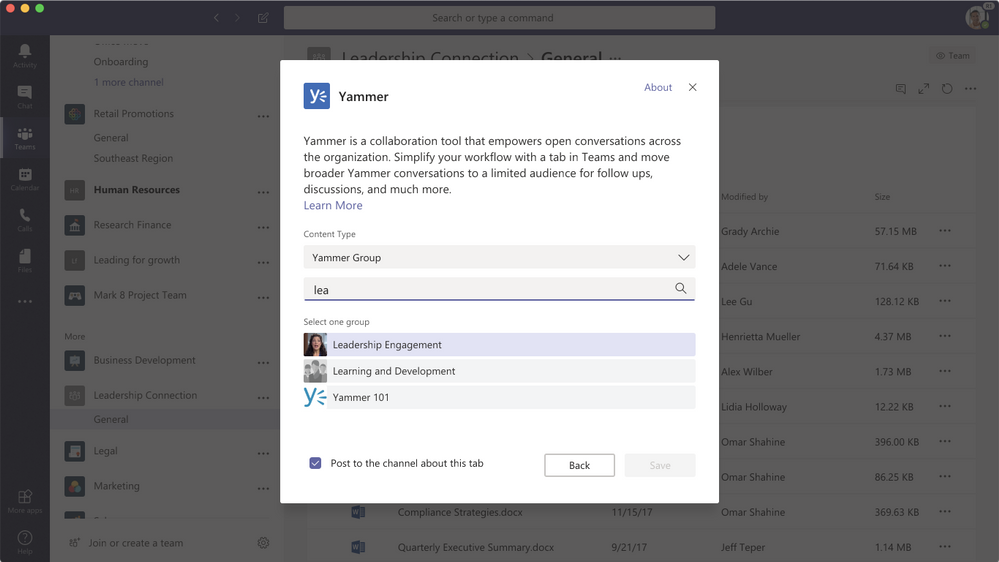 As Microsoft continues down its path of working to make Teams the central hub of productivity instead of email, the company has been adding new connections to the platform at a feverish pace. But one tool that was always left on the back-burner was Yammer; that’s changing today.

Microsoft has flipped the switch and you can now integrate a Yammer conversation directly into Teams. Specifically, you can ingest a targeted group or topic feed from Yammer in a new Tab and participate in the conversation without having to leave the application.

Each time you access the Yammer tab, the user is re-authenticated to make sure that they have permission to view that conversation. This is needed as employees frequently change roles and by enforcing an ‘authentication upon view’ mechanism, this makes it easier to control conversations with Yammer.

Since the announcement of Teams, there continues to be whispers that Yammer’s future may be in doubt. But considering that Teams was launched over two years ago and Yammer is still here today, the platform is likely not going away anytime soon.

Adding Yammer to Teams isn’t going to magically make the platform the perfect productivity companion but the goal is to make Teams the place where you can access all of the tools your company uses without having to jump through several different windows. With each new feature, especially Yammer integration, Microsoft is chipping away at the list of items needed to make Teams the one-stop Office shop.