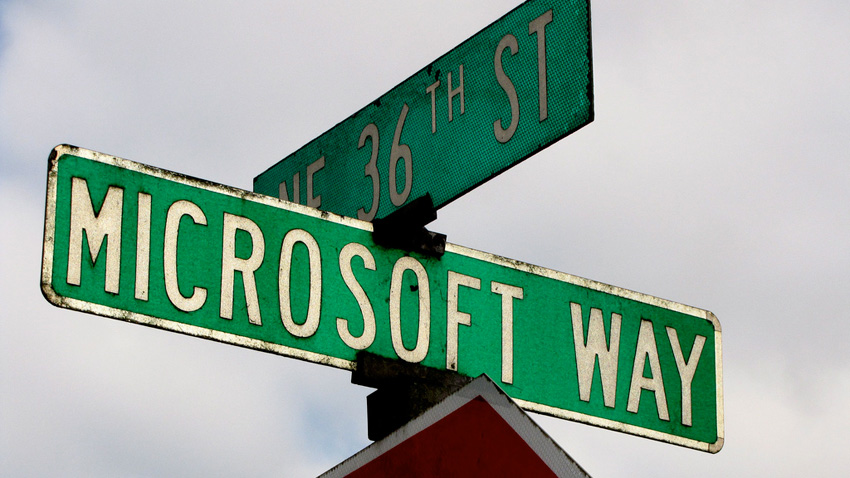 Microsoft this week announced changes to the way it will report its financial results going forward, with the software giant trimming its top-level businesses down to three.

According to a statement, Microsoft is making this change to better reflect it’s “strategy and ambitions to build best-in-class platforms and productivity services for a mobile-first, cloud-first world.”

Microsoft will now report operating income and revenue for the following three businesses:

Productivity and Business Processes. This operating segment includes Office and Office 365 for both commercial and consumer customers, as well as Dynamics and Dynamics CRM Online, Skype, and consumer services (Outlook.com, OneDrive, and so on).

The new system makes sense, though as Mary Jo Foley points out, Bing–which is absolutely a cloud service–is not placed under Intelligent Cloud for some reason. But neither are consumer services like Outlook.com or OneDrive, for some reason.

Microsoft has provided data that shows what the previous two fiscal years would have looked like had it been using the new accounting structure. And The results are surprising, given the conventional wisdom–masked by Microsoft’s accounting practices–that Windows was on the decline and Office was the firm’s biggest single business. 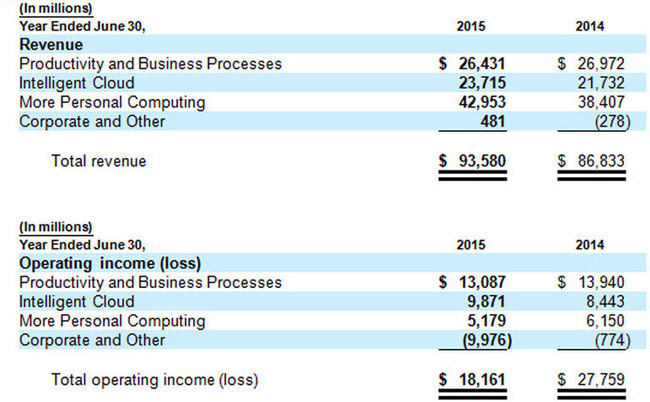 Microsoft says that the new reporting structure is in place immediately and will be applied to the current fiscal year, FY 2016, which began on July 1. Further, it will announce the financial results for the current quarter (the first quarter of fiscal 2016) on October 22, 2015, using both these three new operating segments and the operating segments that Microsoft reported during fiscal year 2015.

This is the first quarter since Microsoft announced its stunning $2.1 billion operating loss for FQ4 2015. That quarter included over $8 billion in write-downs and other charges related to its phone business. A strong U.S. dollar also contributed to Microsoft’s financial woes in that quarter.