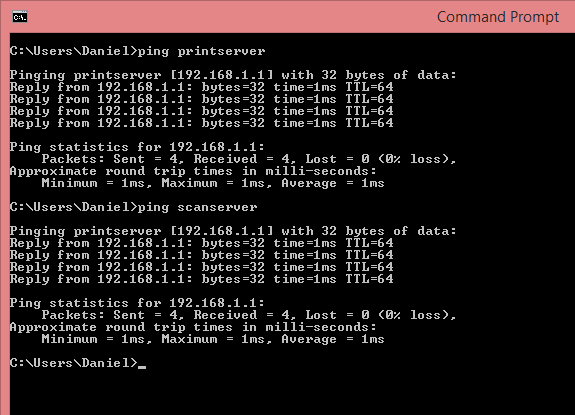 Most operating systems, including Microsoft Windows versions, use the hosts file to translate computer names. Also known as “host names” to numerical IP addresses, the hosts file is similar to using a phone book to find the matching phone number of a specific person’s name.

Location of the Hosts File

How the Hosts File Works

The HOSTS file is a text file, one that does not have a file extension. It contains lines of text that are made of IP addresses followed by one or more host names or fully qualified domain names (FQDNs). Each field is separated by white space (blanks or tabulation characters).
For example, if you wanted to use the HOSTS file to translate a host name of a computer called “printserver” into the IP address of 192.168.0.1, you would add this line:

You can add more than one host name to the same IP address. For example, if the computer called “printserver” also acts as a scanner called “scanserver”, you could use this line:

If you ping either “printserver” or “scanserver”, you’d get to the same IP address:

The HOSTS file can also translate Fully Qualified Domain Names (or FQDNs) of computers, such as ones used on the Internet.

For example, if you wanted to add a manual line to translate a FQDN of a computer called “webserver.domain.com” into the IP address of 8.8.8.8 (this is just an example, actually 8.8.8.8 is the IP address used by Google’s DNS servers), you would add this line:

When you ping it, your computer will resolve the name to the correct IP address: 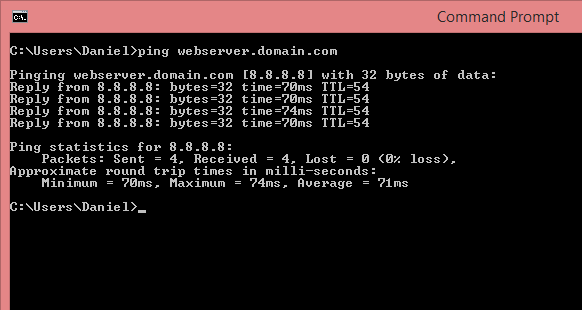 You can also include comment lines by placing a hash character (#) at the beginning of the line.
This is how the HOSTS file looks on a Windows 10 Technical Preview build machine: 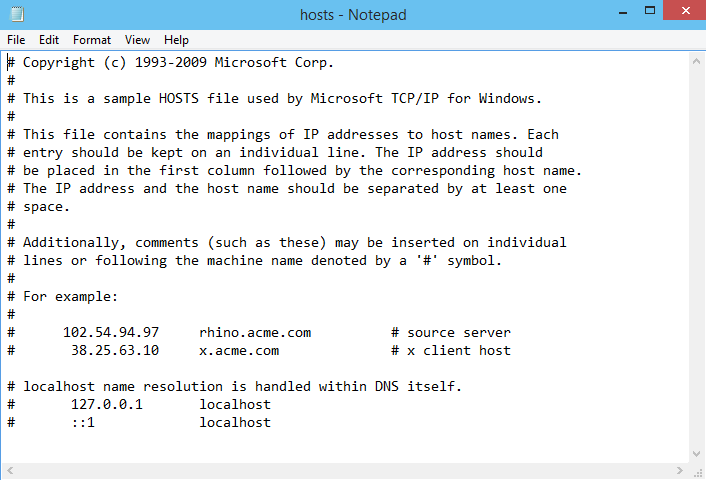 The HOSTS file may sometimes be used by malicious software such as adware, computer viruses, or trojan horses etc. These applications may use it to redirect traffic from the intended destination to sites hosting malicious or unwanted content. That is why some Anti-Virus programs may monitor changes to the HOSTS file, preventing malicious software from modifying it. So does Windows, and unless you use elevated permissions to edit the file, you will be prevented from saving it.

How to Edit the Windows 10 Hosts File

To edit the HOSTS file we need to use a method that allows us to save the file to it’s original location, which is:
C:\Windows\System32\Drivers\etc
1. To do so, copy the HOSTS file to your Desktop. 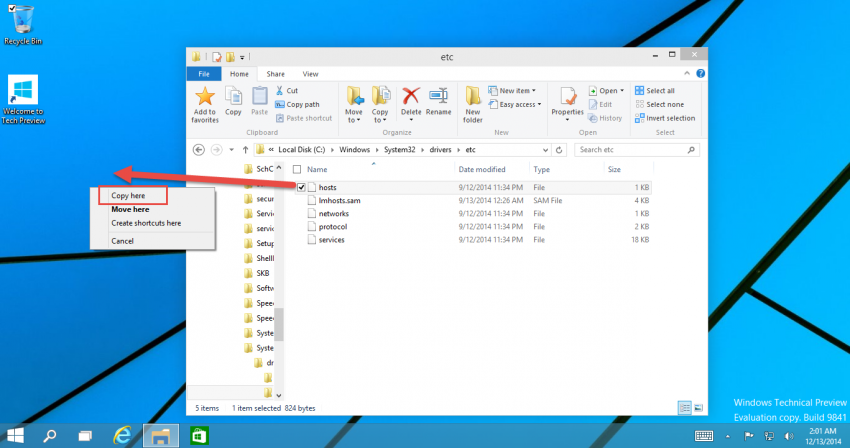 2. Open the copy from your Desktop in Notepad. 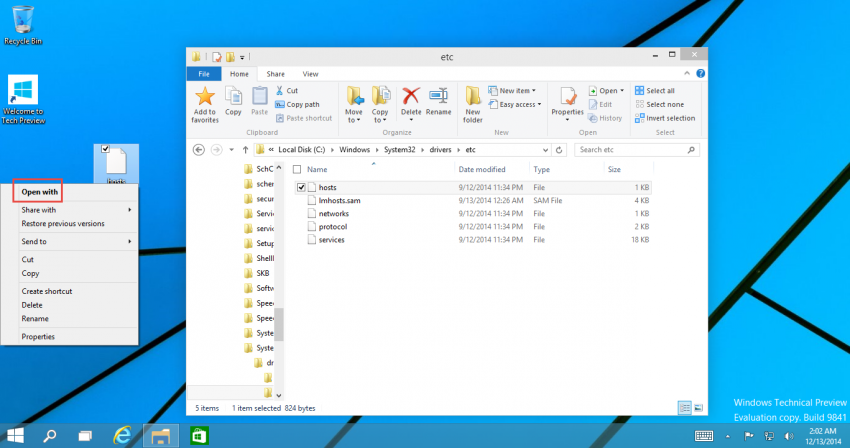 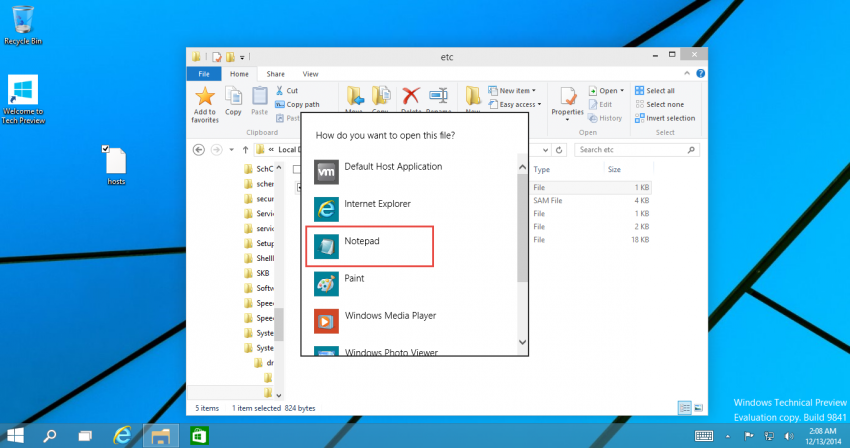 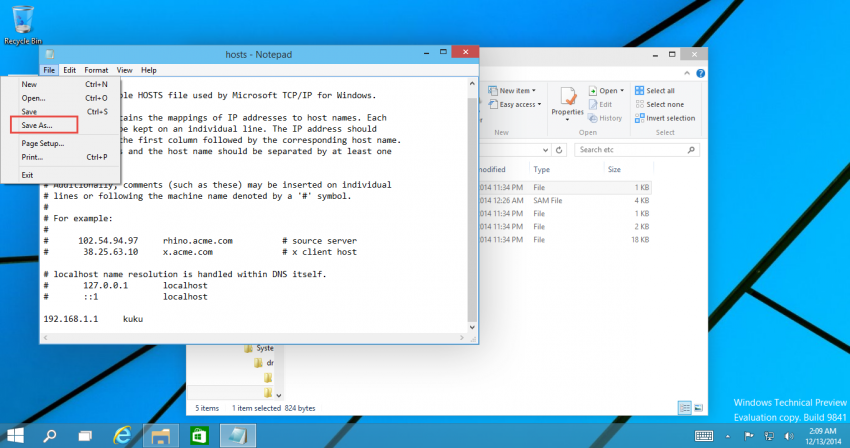 4. Next, copy and paste the file to its original location. 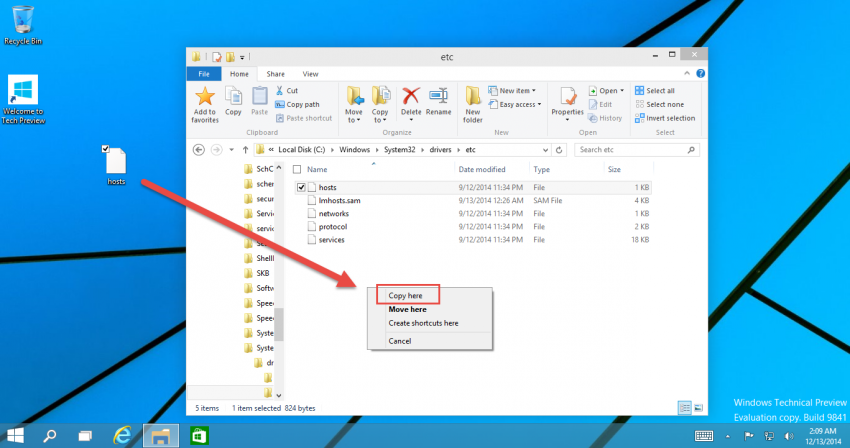 5. You will be asked if you want to overwrite the file. Choose Replace the file in the destination. 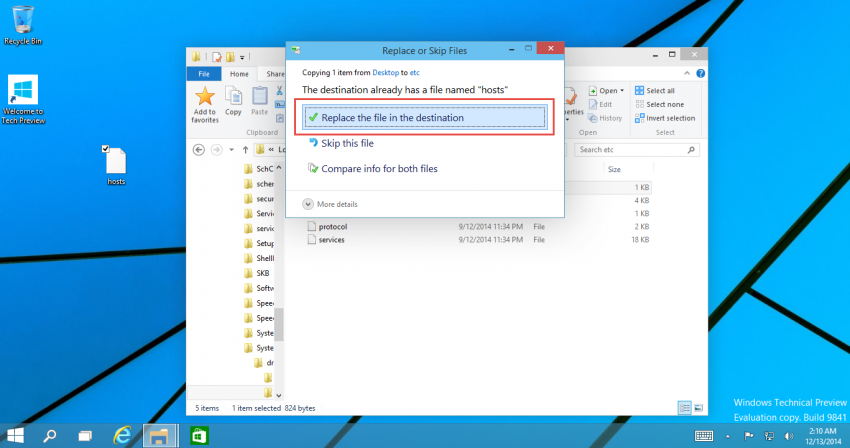 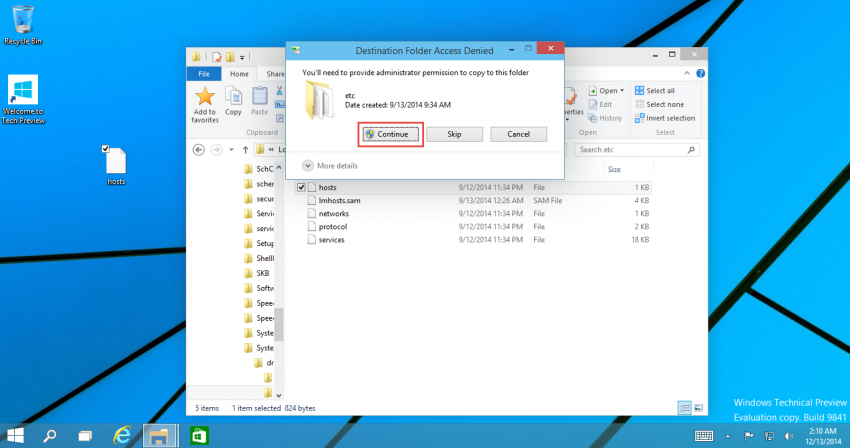 7. The changed HOSTS file will replace successfully the original, and now, if you ping “kuku” you will get the corresponding IP address. 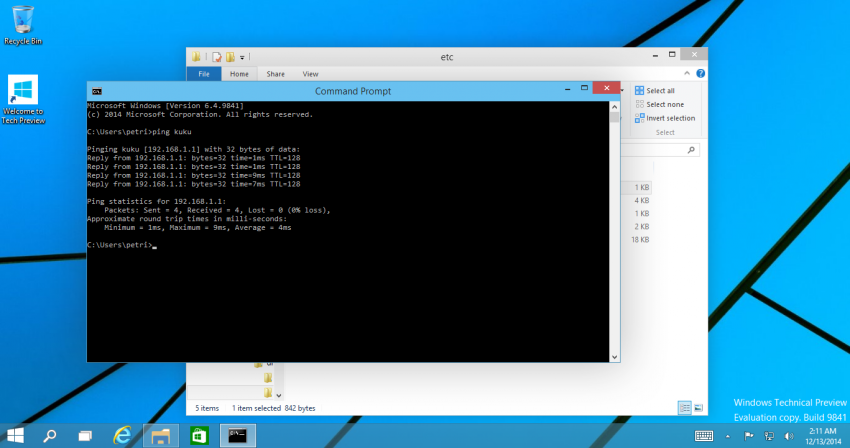