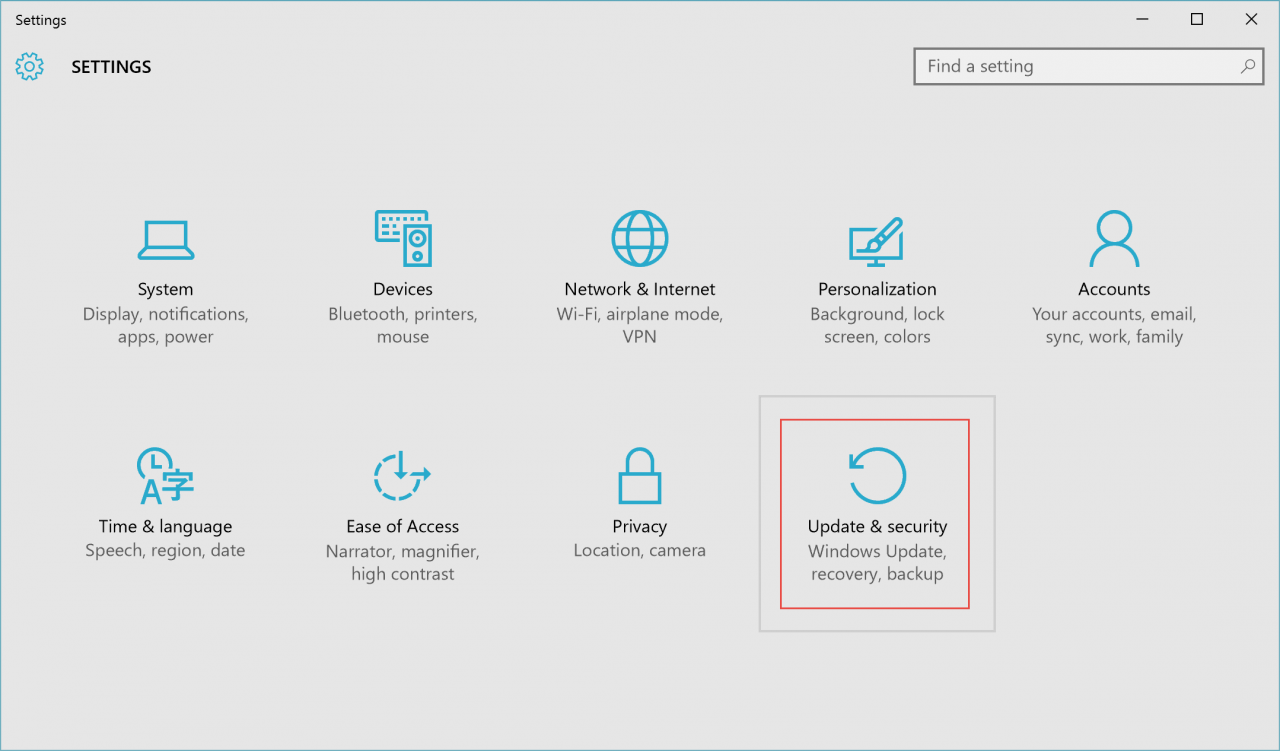 With Windows 10, Microsoft stated that it is the last true operating system for the technology giant. Stated differently, Microsoft is now focusing on enhancing the existing operating system by pushing out new updates via Windows Updates, compared to the traditional release to manufacturing (RTM) method of releasing the OS.

With Microsoft’s November update for Windows 10, the update is served up to users running Windows 10 in a mostly unpredictable manner. This means that you get no visual or textual warning that your computer is downloading the update.
I’m running Windows 10 Pro on several computers, and my primary workstation decided that my lunch break is the perfect time to terminate everything I had running on my desktop. This includes documents, notepad files that were not saved, browser tabs, virtual machines — everything! Coming back from lunch, I wanted to continue working on my open documents, but I had lost my work.
I’m not the only person that experienced this sudden upgrade, many others reported having irrational upgrade times, sometime causing them to lose open work. More than that, some people reported that their computer seems to be stuck or frozen at the 100 percent status.
It’s important to remember that it’s not just personal computer users that are being impacted. There’s also a business perspective, where the impact can be bigger. Some businesses just don’t want their computers to be automatically upgraded, adding new features to their PCs before they’ve been able to be fully tested.
This brings me to the topic of this article: How do I stop, prevent, or defer the automatic upgrade of a Windows 10 machine?
By disabling the upgrades, new features won’t be installed on your system for several months. Quoting from Microsoft’s help topic:

What does Microsoft mean when they say several months? Some say it’s eight months, other say four months.  Whatever the number is, it’s clear that you can’t defer these upgrades indefinitely. After that undefined period of several months passes, Windows Update will automatically download the new upgrade and install it whether you want it or not.
Note that you’ll still get security updates as usual, so you won’t be exposing your computer to potential security issues. You just won’t get the latest bells and whistles that are usually part of upgrades.

Using Settings on the Local Computer 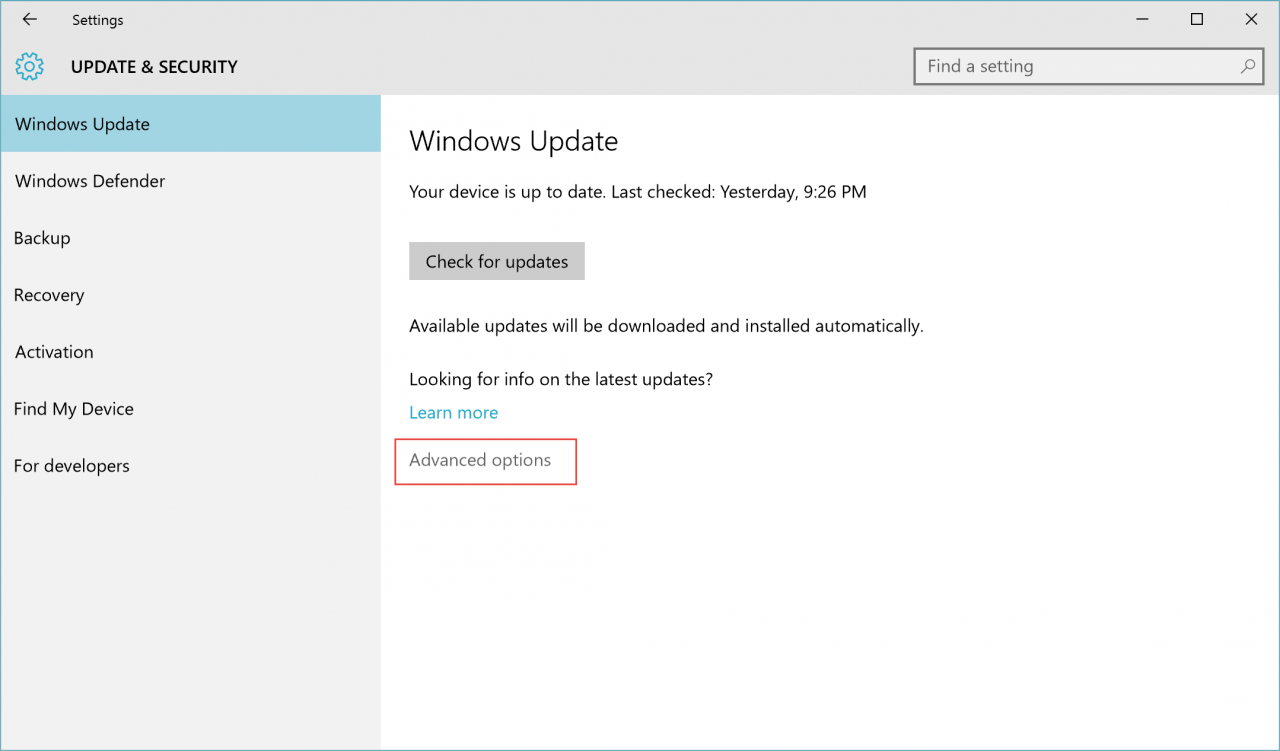 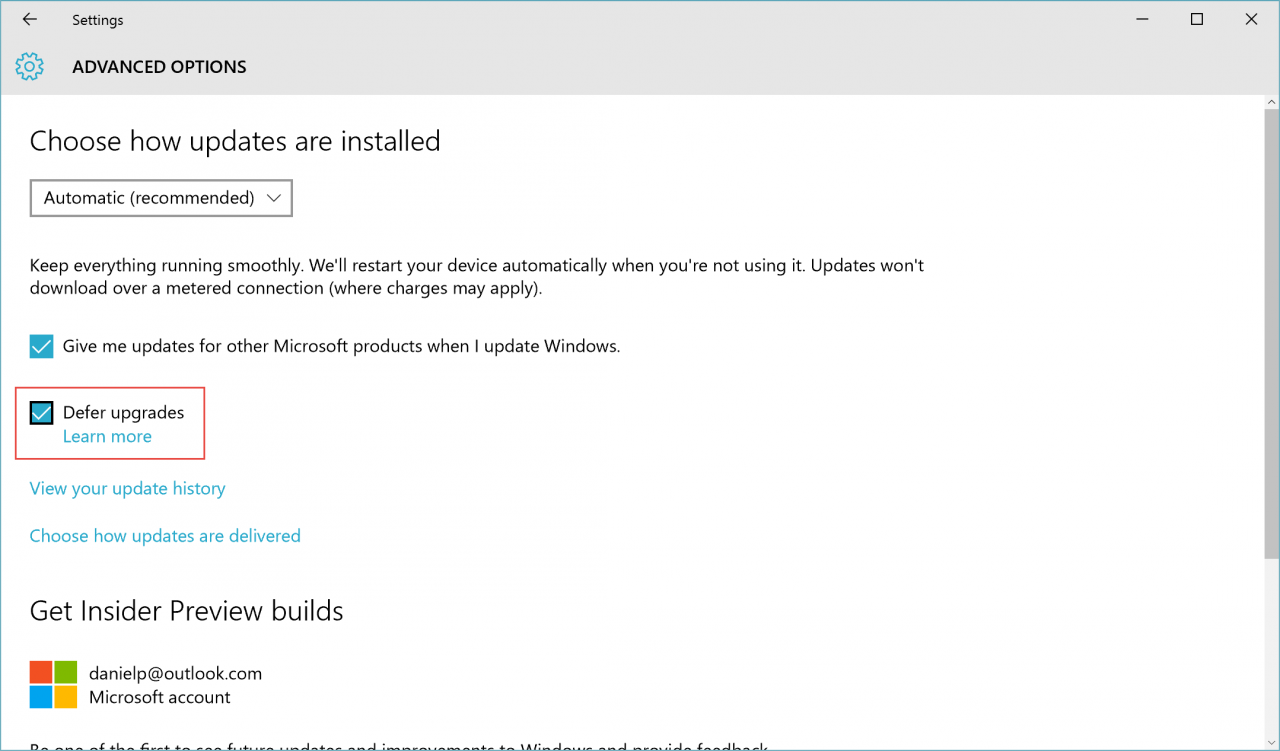 If you’re using Windows 10 Pro or Enterprise editions, then you can configure this setting using Group Policy. This can be done either at the Active Directory domain level using Group Policy Objects (GPOs) or on individual computers using local Group Policy. By doing so, you do not need to configure the “Defer Upgrades” option manually on every computer. Follow these steps to deploy the policy:
Click on Start, then type “gpedit”, and press ENTER. You can also do this in the Run command by using the Windows key + R keyboard shortcut.
Note: The process of editing an AD-based GPO is similar, you do need however to either create or edit the right GPO, I won’t go into details about that in this article. 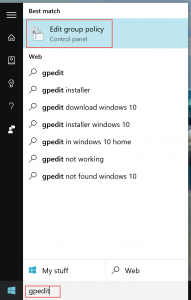 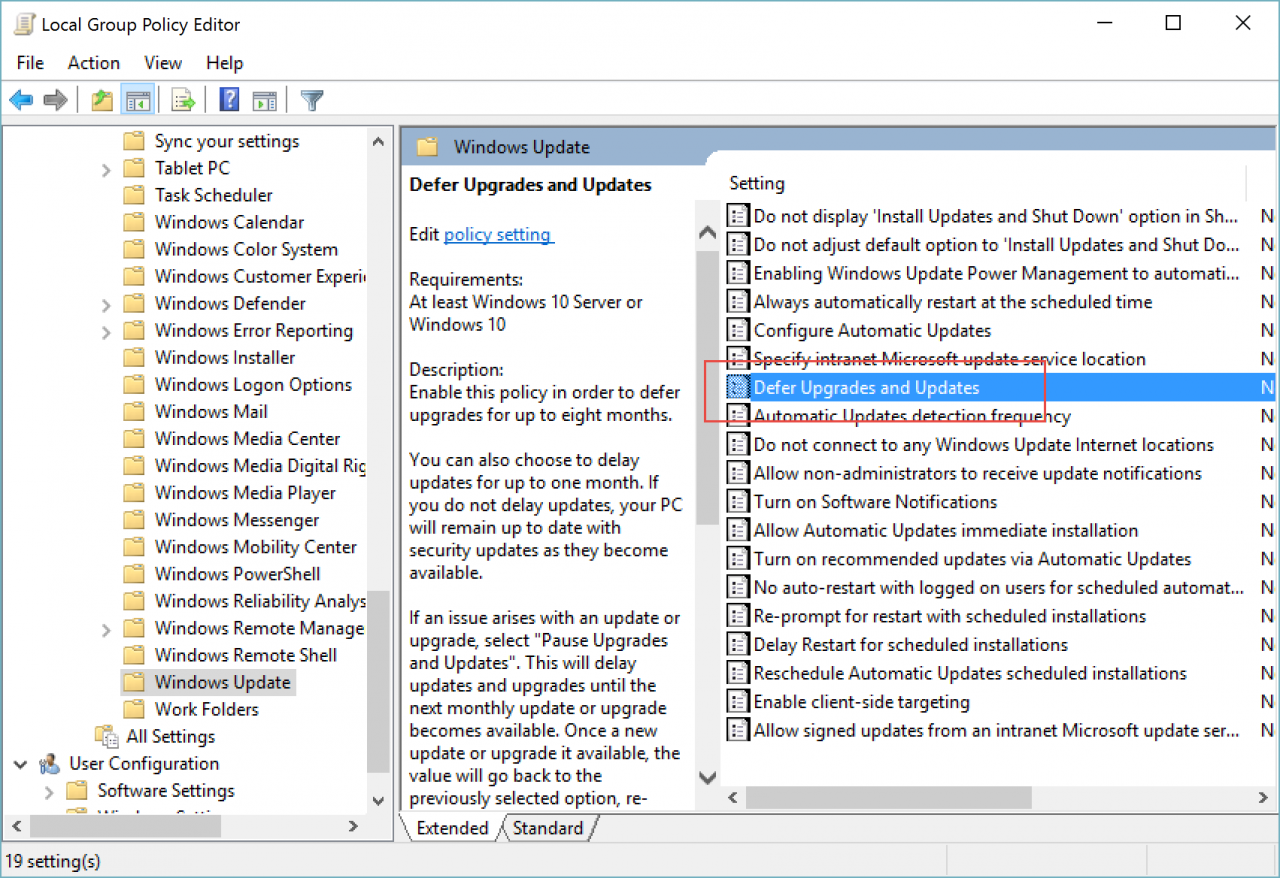 Double-click to edit the “Defer Upgrades and Updates” setting.
Click “Enabled” to enable the setting, and then chose the length of time, in months, to defer the upgrades. The maximum number you can enter is 8. 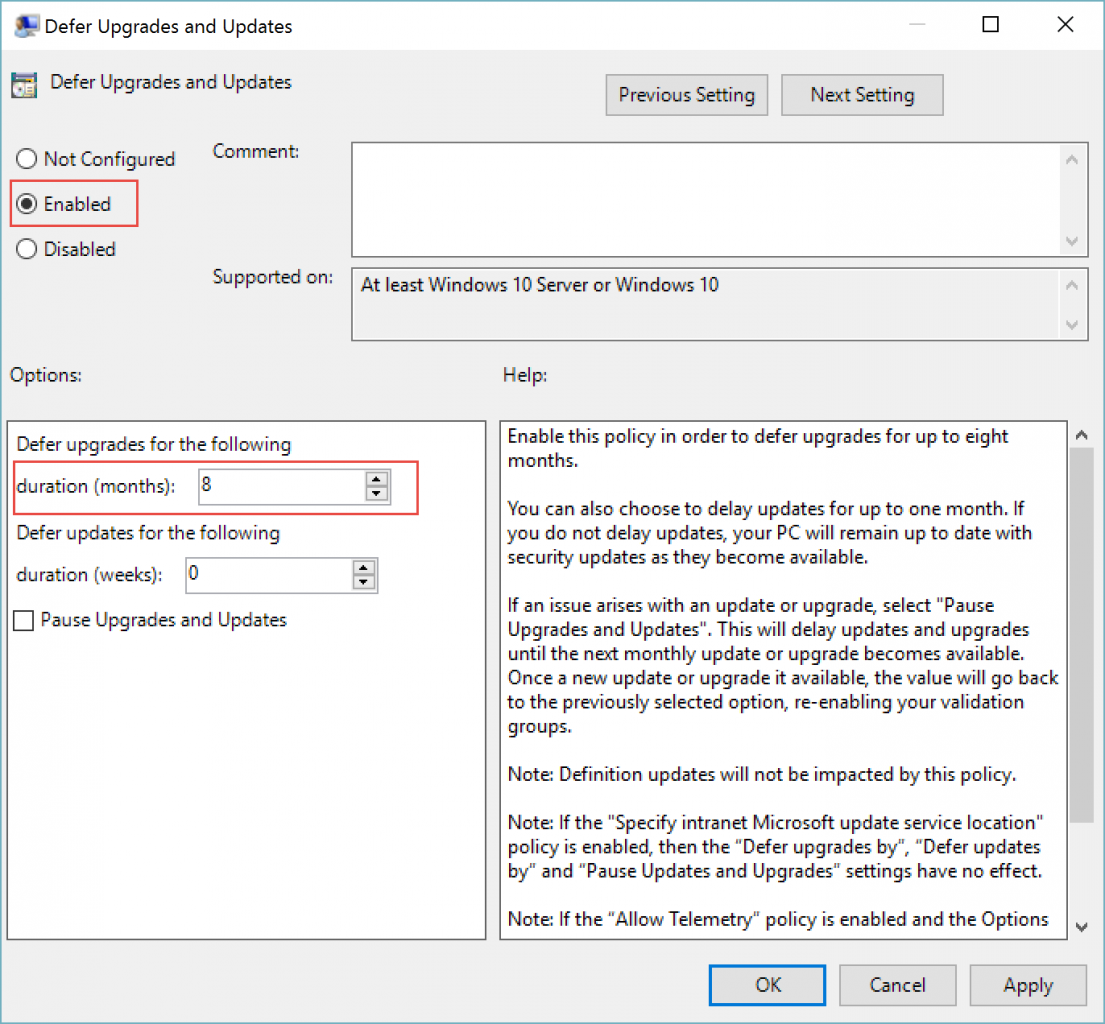 Note that you can also post-pone updates, but these will still be installed once the next update cycle arrives.