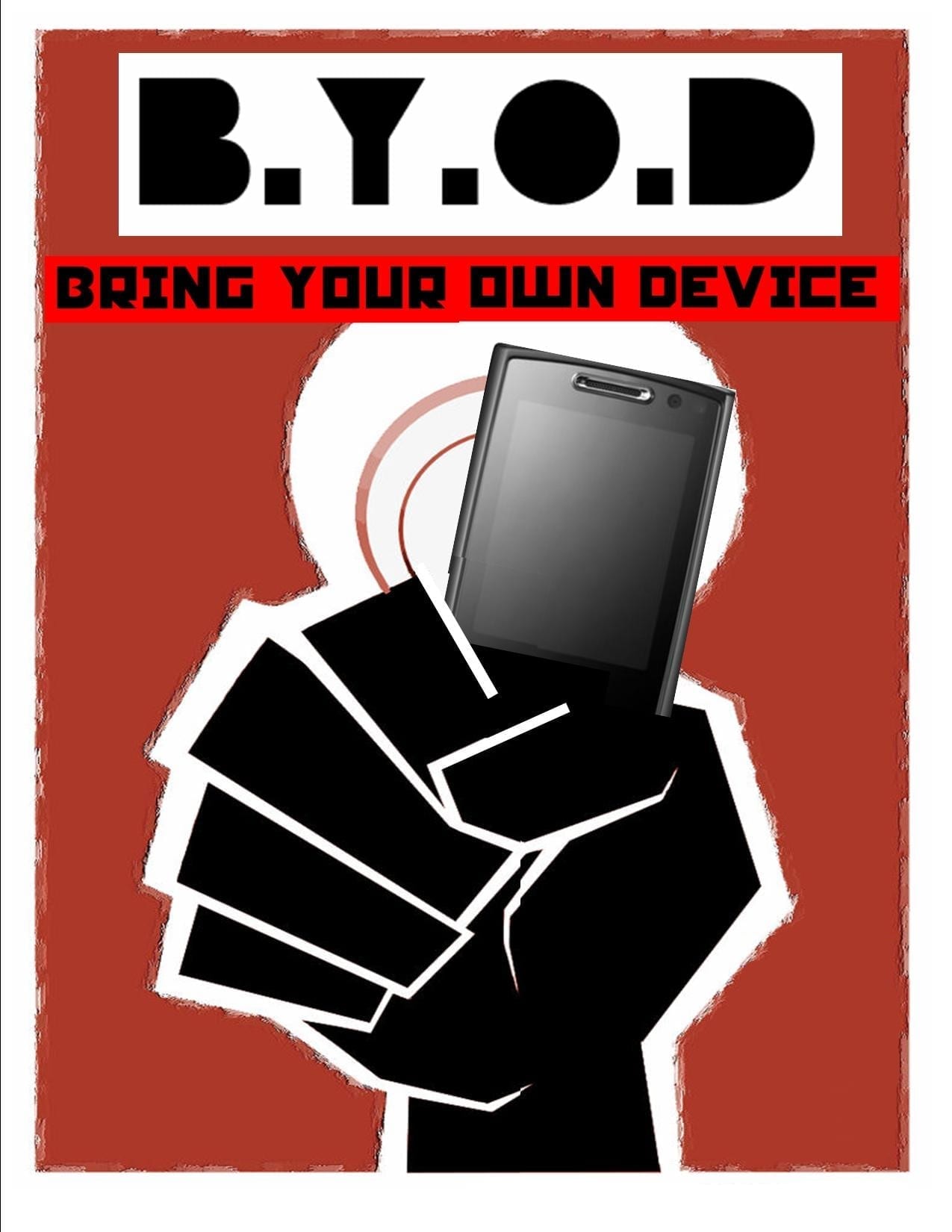 Last year was supposed to be The Year of BYOD. Bring Your Own Device (BYOD) is the concept that as more people purchase tablets, smartphones, and laptops of their own, they’ll more likely to want to use those devices on the company network — sometimes in place of a company computer.

So, will 2013 bring the Bring Your Own Device revolution that some were predicting for 2012? I’ll show you some of the driving forces behind both the BYOD movement and its resistance, and tell you why the landscape for mobile in the enterprise, BYOD, and IT in general will be improved in 2013.

The Bring Your Own Device Trend: What’s Driving It?

Two of the biggest drivers of the BYOD trend are usability and mobility. With tablets and touchscreens, human computing is now more natural and intuitive than ever before. This fluid user interface and control can make it hard to go back to using a keyboard and mouse. Granted, it’s true that in some cases a keyboard, mouse, and large monitor are required. After all, not every work function is better performed on a tablet (but many are).

While the usability advantage of tablets for some work is still somewhat debated, the push toward mobile computing is undeniable and it’s not going away. More and more, it’s a digital world, and a connected one. A workforce may be bound by the company, and its goals and mission, but the workforce is no longer defined by who’s in the same cubicle farm or even on the same floor of a building.

Being able to work on the same system whether at the office, in a meeting across the campus, or on the train ride home makes a worker more effective, increases their engagement in the company, and improves morale by allowing flexible work schedules and telecommuting opportunities.

What’s Holding Up the BYOD Trend?

The Bring Your Own Device trend is not just a company’s acceptance of mobile platforms into their organization. It’s also about providing resources and technical expertise to leverage those mobile devices into something that works for the employee and also works for the company.

The inability to manage the multitude of mobile devices is a huge detractor for most organizations. Many IT executives don’t want to chance having company data installed on personal computers or software (that the company has purchased) walking away with an employee when he or she leaves the organization.

There must be measures put in place that help organizations manage their applications on the employees’ mobile devices, without taking ownership of those devices.

Until that happens, organizations are most likely going to want to do one of two things: pretend that BYOD is not an option or forbid anything related to the company to be installed on personal devices. But that doesn’t cover all of the bases, as e-mail is already on personal devices, and company data is already leaving the network – moving onto third-party services like SkyDrive and Dropbox.

With company apps hosted on Intranet sites or a Windows Store, and the most recent System Center products from Microsoft, enterprises are now able to create an infrastructure that support personal mobile devices in an organization.

Once set up and configured, users can access domain resources with their personal tablets, and even install the company applications as mobile apps. Users get the usability the want and don’t have to sacrifice mobility. To help maintain control over their data, corporate IT get options to remove apps and company data from tablets that are no longer affiliated with the company.

With more time in the market, the products that support Bring Your Own Device will have become more accepted by mainstream network and system administrators.

Certifications play a part: With Microsoft bringing back and revamping the Microsoft Certified Solutions Expert (MCSE), they have paved the way for a new breed of Private Cloud IT professionals. The critical role that Private Cloud plays in a BYOD infrastructure is one of the most appealing new fields that the MCSE: Private Cloud inspires.

New round of Microsoft products released: Everything from the client OS, the smartphone OS, and the server OS has been updated, refreshed and readied for users that are active, mobile, and ready to work in the cloud. All of Microsoft’s other software has had major releases: SharePoint, SQL, Exchange, and Office have all been released, and all are meant to help enable these users.

So factor in that growth with a Christmas buying season that sees huge releases from each of the main tablet OS systems in the industry, and we’ll have an even bigger year next year with people that are trying to bring their tablets to the office and wondering why they can’t access SharePoint on it.

More executive buy-in: As more people have tablets, more executives that control the purse strings will want this connectivity. Often it’s the projects that are funded and are championed by the right executive that get fast-tracked, and all it takes is one of those executives to strike up a conversation with their IT department’s certified Private Cloud expert to figure out what is really possible.

The longer tablets are out and the more mainstream they become, it’s likely they’ll seem more than a computer to us. Tablets are now beyond apps, and they’re becoming a basic part of our lives and an extension of our brains. Why would a company not want to take advantage of that?

The answer is that of course employers will want to take advantage of that, and enterprises will begin enabling their users once they learn that it’s possible and the right thing to do for their company.

And once that happens, a shift in an IT department’s philosophy could occur as IT pros move from focusing on PC maintenance to enabling the user experience. The IT staff members that embrace this change and become champions for both the company and their users will be the IT pros that are making a name for themselves in this new information technology.