Windows Server 2019 has had a bit of a confusing release. The original general availability (GA) release was on October 2nd of last year. On October 6th, Microsoft stopped distribution of the new server OS because it suffered from the same issues as Windows 10 (they share a “core”) – it’s bad to have users lose data but it’s pretty horrific to have the same experience on a server! Distribution restarted on November 13th so all was well with the world … right?

Microsoft announced “Azure Guest OS Family 6” on January 25th – this includes Windows Server 2019. What does that mean? At first, it sounds like Microsoft made Windows Server 2019 available for IaaS virtual machines but if you read the documentation you will learn that it does not:

This page applies to Cloud Services web and worker roles, which run on top of a Guest OS. It does not apply to IaaS Virtual Machines.

Don’t get upset, though! With a quick browse of the Azure Marketplace I found the following: 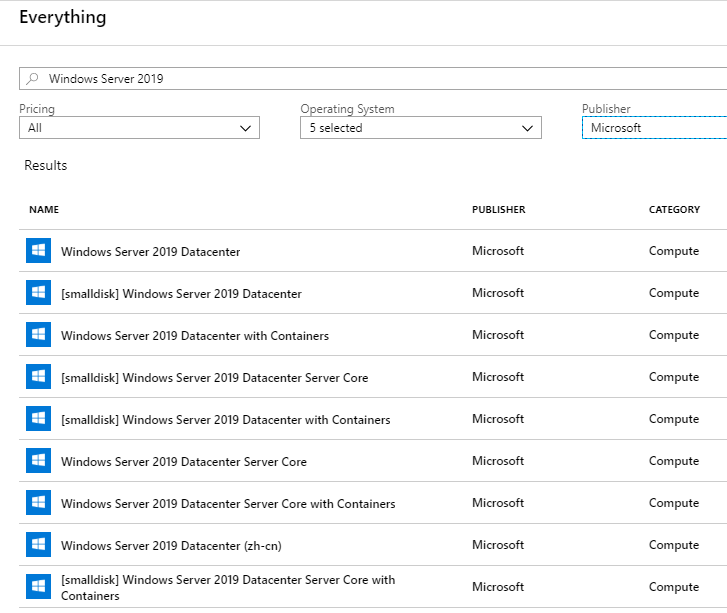 It looks like we have the usual mixture of images:

Should You Deploy It?

I used to be the person that would download it and deploy it on day 1 – I put Windows Server 2008 Hyper-V into production a few minutes after Microsoft released it! But these days, thanks to quality issues, I’m a bit more conservative. You might notice that Windows Server 2016 Datacenter is still the first guest OS listed when you click Compute in the Create A Resource Menu in the Azure Portal – you have to search for Windows Server 2019. I’m going to stick with WS2016 as my default for maybe another 3 months and observe what happens.
Meanwhile – Microsoft is still not recommending Windows Server 2019 for on-premises roles that integrate tightly with hardware, such as Storage Spaces Direct and Network Controller.