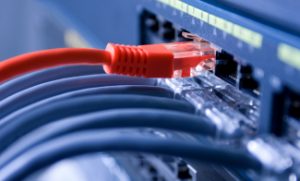 Windows Server 2016 is joining the Insider Program this summer.

Microsoft has not said much about how it intends to update Windows Server 2016. We are still on the Release to Manufacturing (RTM) version that was released last fall. New features have been announced for Windows Server 2016, such as the ability to run Linux containers directly on Windows using Hyper-V and that the Windows Subsystem for Linux (WSL) will be added to support this initiative. When these features will appear is less clear.

On the first day of Build 2017, Microsoft announced that Windows Server 2016 would join the Windows Insider Program this summer. And although that still does not give us a clear idea of when and how Windows Server 2016 will be updated, it will give users a chance to test new features and fixes ahead of any official release.

Users will be able to download regular and frequent builds of Windows Server and container images via the Windows Insider Program. You can sign up to join Windows Insiders using your Microsoft account.

If you are planning to test pre-release builds of Windows 10 or Windows Server 2016 in your organization, the Windows Insider Program for Business allows employees to sign up with their organization accounts. Microsoft hopes that it will allow the collection of feedback within organizations to resolve critical issues faster.