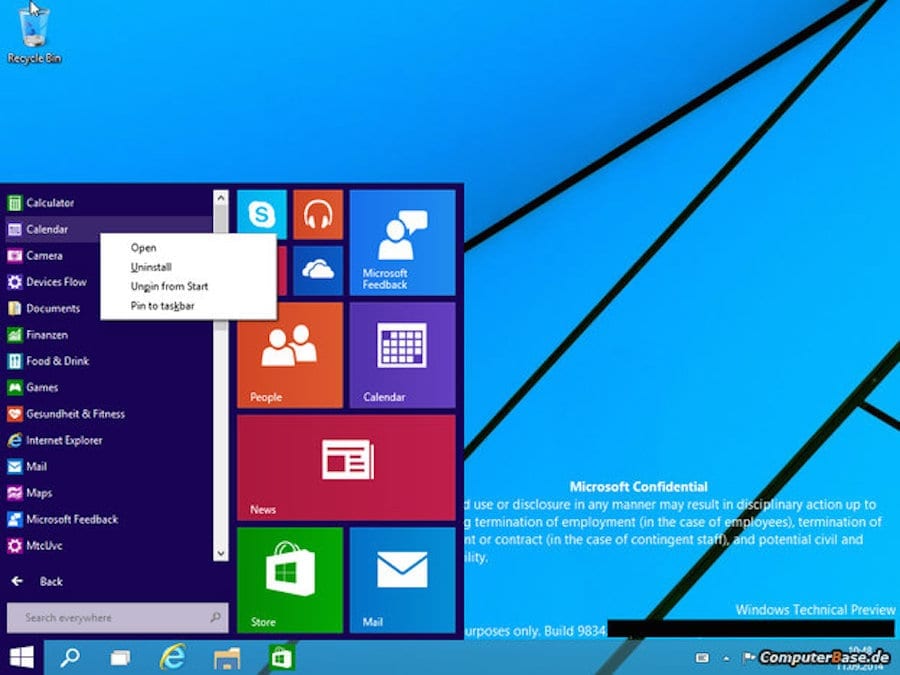 A few weeks ago I blogged about how Microsoft was rumored to be planning a Windows 9-themed event around September 30th to take the wraps off the Windows 9 Technical Preview. Now we’re getting an even closer look at what this next version of Windows might contain, thanks to some screenshots that leaked of the Windows 9 technical preview (Build 9834) that were promptly posted by two German computer blogs: ComputerBase and WinFuture.

According to the post at WinFuture, a batch of 20 images — created on September 8th — were released to Microsoft partners, and eventually found their way into the hands of various German IT tech publications. I’ve posted some of the images here that outline some of the most eagerly-awaited features in Windows 9, but I’d encourage you to check out both ComputerBase and WinFuture (links above) to see all the images that were leaked. I’ll highlight what I think are the biggest new features revealed in this batch of screenshots below.

The revamped Windows Start menu — which we was originally thought would be delivered in an update to Windows 8.1 — now seems to have found a home in the Windows 9 technical preview. As shown in the screenshot above, the new start menu incorporates traditional start menu elements as well as the “live tiles” from Windows 8. This addition of a proper Start menu to Windows 9 will undoubtedly make millions of end-users and IT managers very happy. 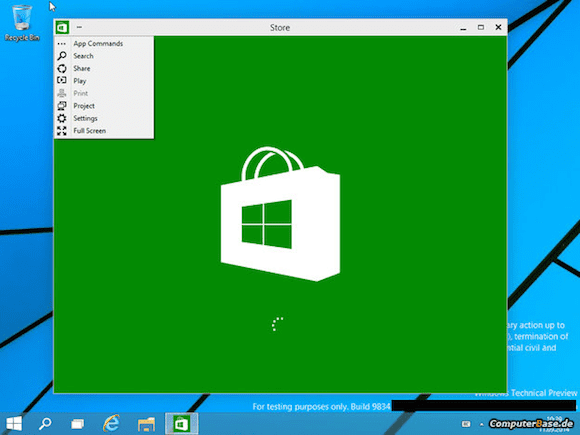 A Modern UI app running in a desktop window in the Windows 9 technical preview. (Image: ComputerBase.de)

One of my own gripes about all current versions of Windows 8 — including both Windows 8.1 and Windows 8.1 Update — is that the desktop and touch sides of the OS always seemed like they were forcibly welded together, making it a user experience nightmare when jumping back and forth between the two UI models. Microsoft has steadily refined this interaction with Windows 8.1 and Windows 8.1 Update, but the Windows 9 technical preview screenshot above shows that you’ll be able to run modern apps in Windows on the Desktop side of the OS. That’s a big step forward for usability, in my opinion. 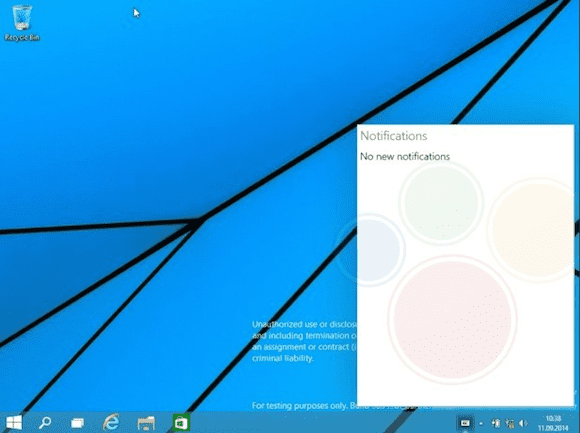 One ubiquitous feature of most smartphone and tablet OSes is the notifications center, an OS feature that aggregates all of the notifications — from text messages, emails, Facebook likes, and other notices — into one cohesive design element. MacOS, iOS, and Android all offer this functionality, and it’s a good sign that Microsoft is adopting this feature as well. 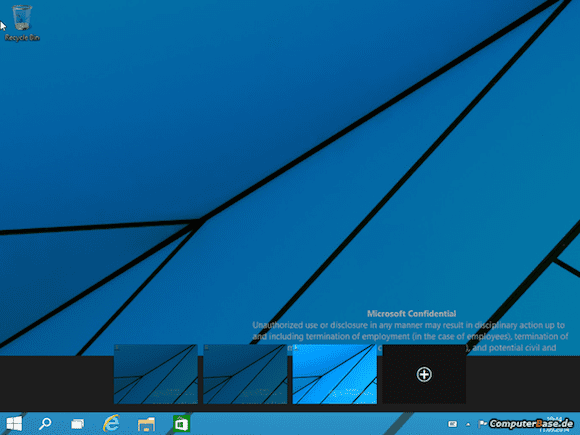 Another feature that should be welcome to users with cluttered desktops — and I definitely consider myself one of those — is the addition of virtual desktops in Windows 9. This allows you to have multiple desktops running at once, and would allow you to have one screen dedicated to your work apps and Windows, and another dedicated to social media, for example. It’s a useful feature that has been used in various Linux clients over the years, as well as more recent variants of Mac OS X.

So do these Windows 9 Technical Preview screenshots give you more — or less — confidence in what Windows 9 will bring to the table? I’d love to hear what you think, so please drop me an email with your thoughts, add a comment to this blog post, or contact me on Twitter or Google+. You can also catch up on my posts in the Petri IT Knowledgebase forums.