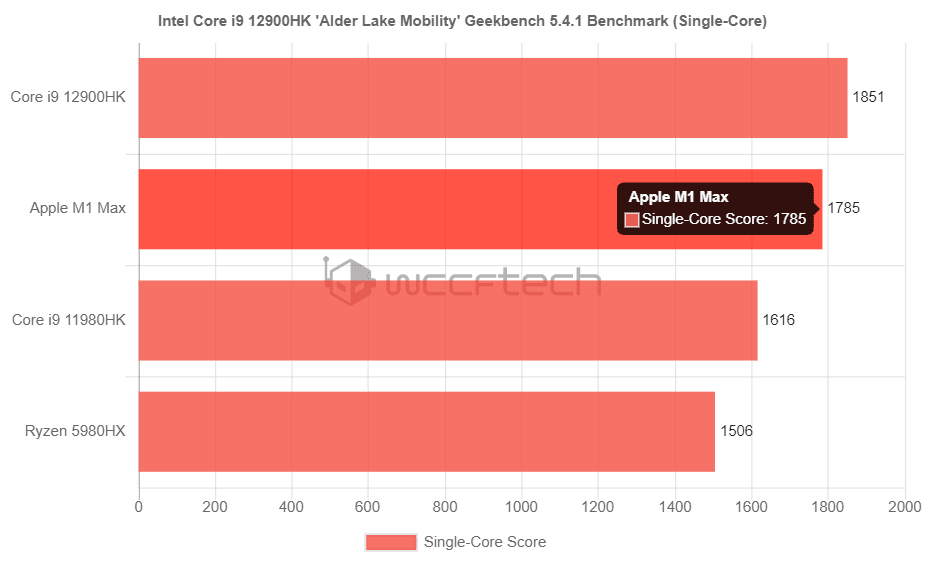 At the time of launch, the original M1 chip generated a lot of attention because of the price to performance ratio, blasting similarly priced Windows-based notebooks out of the water.

How is the Apple M1 chip different?

The Apple M1 uses a system on a chip (SoC) design where memory, graphics, and other components are unified on one die. Unifying the architecture of critical components, like RAM and CPU, allows for reduced latency and improved speeds.

The M1 chips are based on ARM, which also brings considerable power improvements over Intel and AMD x86 chipsets, allowing Apple notebooks to maintain performance on battery power and run on battery for more longer periods.

In fact, if you were in the market for a 1000 USD notebook in early 2021, didn’t need Windows, and didn’t use any Windows-only apps, then the 13-inch Apple MacBooks, based on the M1 chip, were a bit of a no-brainer. Why pay more for a Windows device that couldn’t even begin to compete on a performance perspective?

The new M1 chips announced this month are designed for creators who need to perform some heavy-duty lifting, like motion graphics or similarly CPU/GPU-intensive tasks where the original M1 chip might have started to struggle.

As Windows users stood by and wept at Apple’s hardware prowess, they were left to wonder how many years it might take for Intel to catch up to the performance of the M1 chip. But could Intel chips that compete with the M1, at least in performance, be coming sooner than we expected?

What is Intel Alder Lake?

Intel’s new Thread Director technology, which is built directly into the hardware, uses low-level telemetry on the state of CPU core and instruction mix of a thread to allow the operating system to place the right thread on the right core at the right time. Alder Lake will support DDR5 RAM and 16 lanes of PCIe Gen 5.

Wccftech recently got their hands on benchmarks for a pre-release Core i9-12900HK Alder Lake mobile chip. In a Geekbench 5.4.1 test, the i9-12900HK apparently outperforms the Apple M1 Max, a current 11th-generation Core i9 CPU, and an AMD Ryzen 5980HX.

And the Core i9-12900HK supposedly outperforms all the CPUs in a multi-core test as well. Multi-core performance is typically where Apple rules with its SoC mobile chips.

But we must take these results with a pinch of salt. Firstly, let’s assume that Intel provided these benchmarks for their new chip. Manufacturers, as we all know, exaggerate performance.

In real-world conditions, Alder Lake might not perform as well as expected. And there’s no doubt that Apple’s M1 chips will thrash Alder Lake on power consumption.

But the interesting takeaway here, however this turns out when devices start coming to market with Alder Lake chips in late 2021 and early 2022, is that Windows 11 has been designed to work with Intel’s Thread Director to improve overall performance.

Alder Lake might not reach the giddy performance heights that Apple M1 chips are currently delivering to Mac users. But the fact that Microsoft is working with Intel to optimize Windows 11 for new SoC based systems is something that hasn’t been highlighted during the fanfare surrounding Windows 11.

But performance isn’t the only area where Intel needs to compete. Apple now offers considerably better performance for a lower price. And that could be the biggest problem Intel and Microsoft face if they want to stop Apple from taking creators over to macOS.