Why is Windows Error Reporting Still A Cryptic Mess? 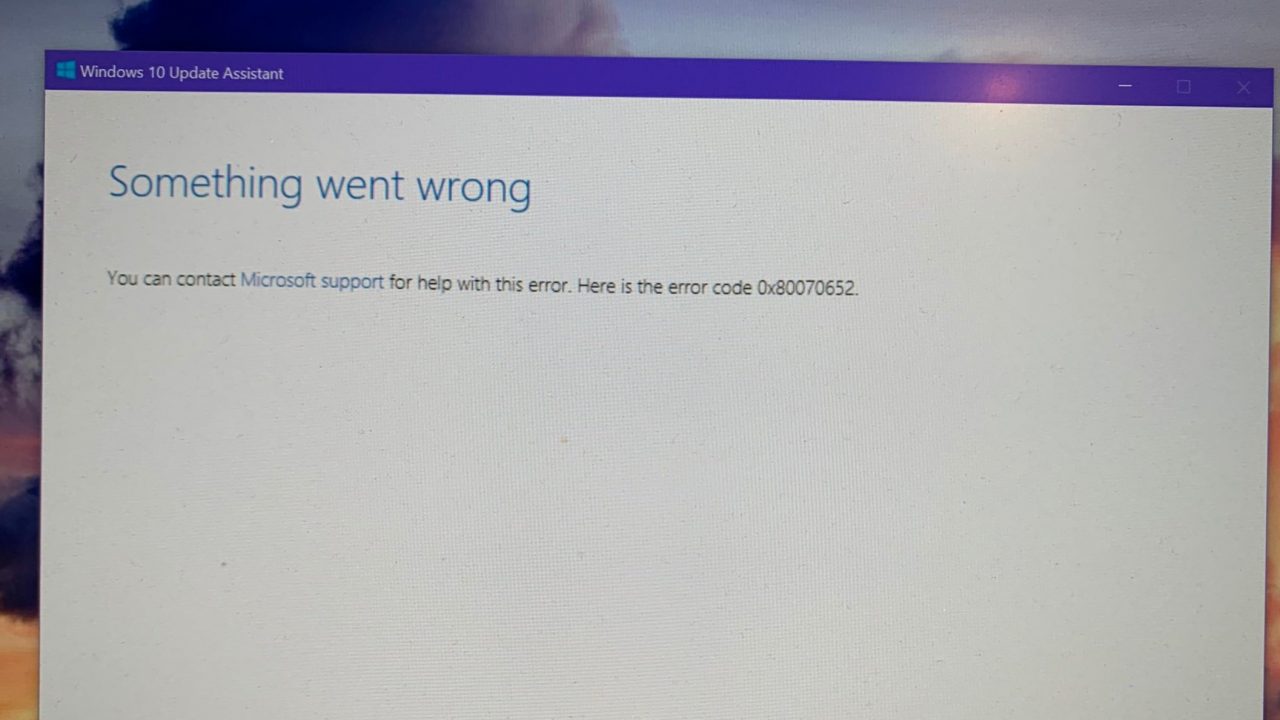 Windows 1.0 was released in November of 1985 and more than thirty years later, the OS is powering a significant portion of enterprise devices and a large number of consumer electronics as well. While the company has made significant gains in the areas of usability, security, and stability, when issue do show their ugly face, it’s nearly impossible for the average user to figure out the problem.

Last week, the company started pushing out Windows 10 version 1903. And unlike previous releases, Microsoft said that they were taking extra steps so that this update wouldn’t go down the same path as 1809 that in some cases, was deleting user data.

What they did was place the build into the Release Preview ring for an extra month and attempted to iron out update woes before they reached the general public but unfortunately for myself, and a few others as well, the issues still persisted.

I have two main boxes, my video editing setup, and the podcast box; the video editing machine updated without any issues. But my podcast box, this was a different issue and left me a bit perplexed.

You see, that box was still running 1709 and unknowingly to me, it had failed to update to 1803 or 1809, despite trying. The machine was stuck on 1709 but because I only use it to podcast, I never noticed as I needed it to do one thing and do that well; record audio and video from multiple feeds.

After having the update prompts interrupt podcasts on multiple occasions, I sat down on Sunday to solve this problem.

I downloaded the update assistant and the entire process ran for it only to tell me that there was a blocking issue with my device. And what was blocking my updates from 1709 to all of the other versions of Windows, including 1903? Printers, specifically Microsoft’s own ‘Print to PDF’ and ‘XPS document writer’.

Absurdity aside that a printer feature, owned and created by Microsoft, has been what’s holding my machine back, the bigger issue is that understanding Windows update error messages is a mess and needs to be improved.

Upon running the update assistant and it failing, you are greeted with the screen at the top of the post. Of course ‘something went wrong’, that’s why you are seeing this window, but it’s a useless page. It does give you a random error code but in 2019, that code is not a link which means you need to copy and paste it into your search engine of choice.

Doing so in Google, the world’s most popular search engine, does not provide much help. The first Microsoft result is an Answer forum post from 2014 and then there are dozens of other results that offer ‘easy fixes’ that suggest nuclear solutions like re-installing Windows from a thumb drive to trying to sell you some software.

The real answer to solving this random error message is to open up C:\$WINDOWS.~BT\Sources\Panther\compatscancache.dat and try and figure out what the information is telling you; a very logical file location that I’m sure everyone remembers where it is located. In this case, the error log pointed me to OEM120 and OEM121 as being the blocking components. Fun fact, the Panther name is from the Windows Vista era, that’s how old this error reporting process is and why it desperately needs an update. 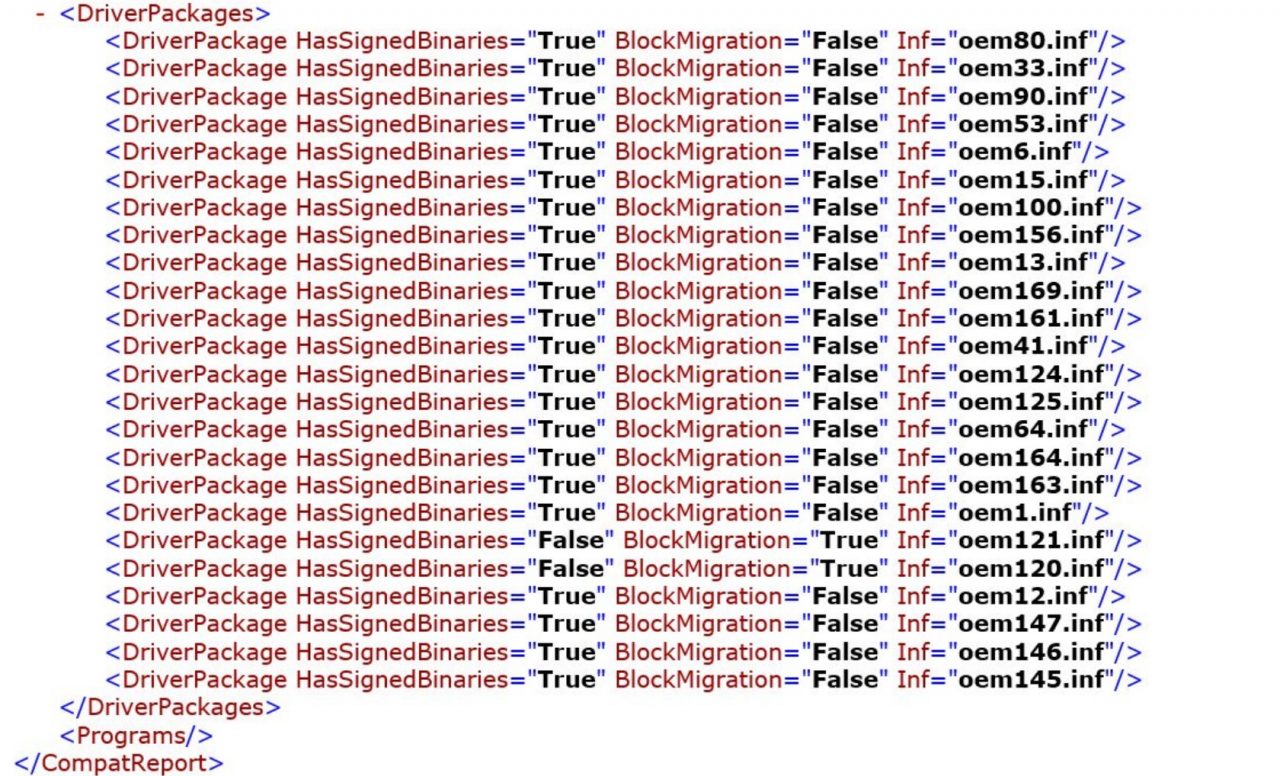 But how do you find out which component is blocking? You have to navigate to C:\Windows\inf\ and find the OEM 120 and OEM 121 files, open them, and then try to figure out what you are looking at. Thankfully, my issue is widespread enough that others on Twitter have already found the solution which is to disable ‘Print to PDF’ and ‘XPS Document Writer’ in the ‘add features to Windows’ area of Windows 10. 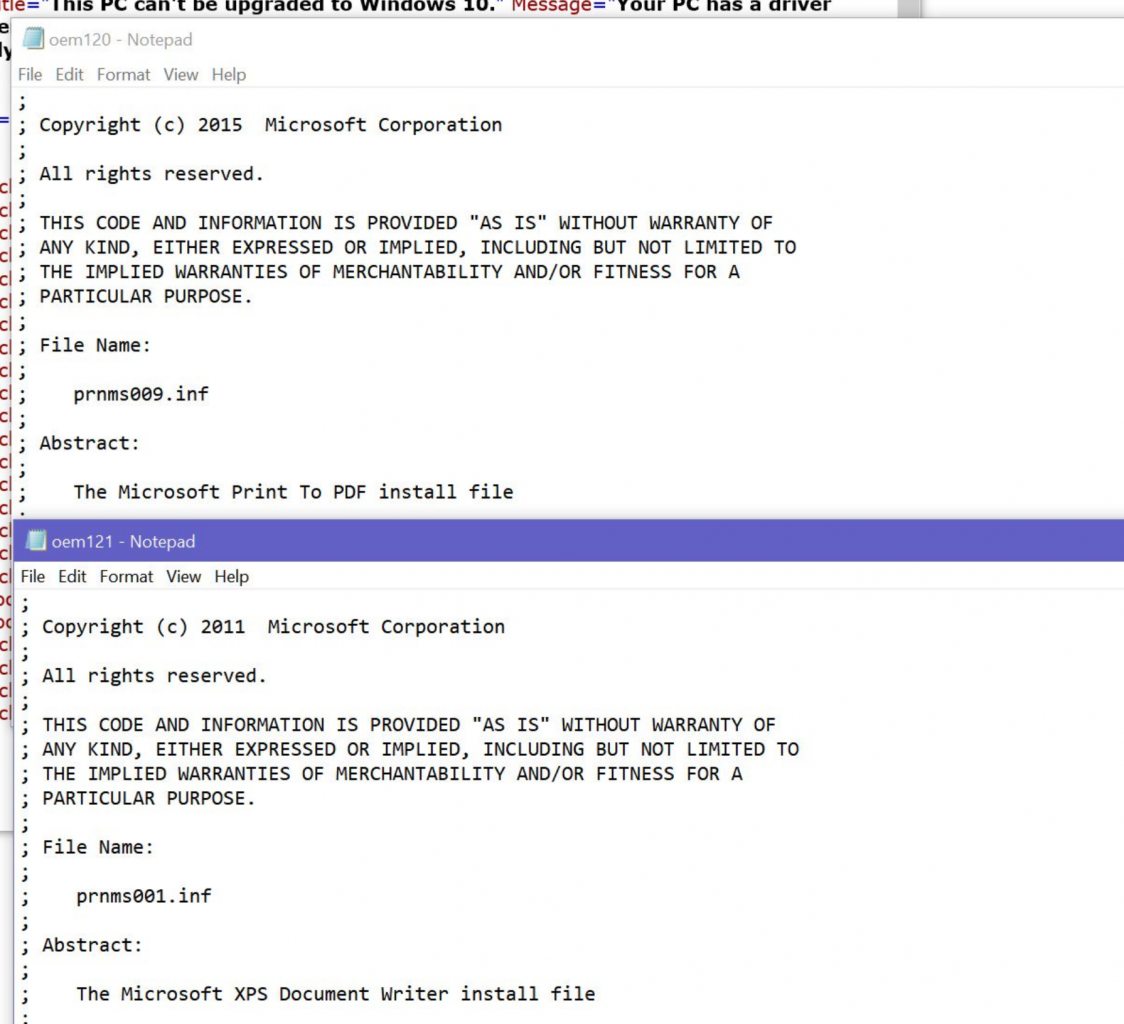 This entire process took over an hour to figure out but for someone who has no idea what to do in this situation besides twiddle their thumbs, the error reporting in Windows would leave them stranded on an older version of Windows.

Considering that all the information I needed, such as the error log in the Panther folder, the OEM120/121 files being easily accessible, and the functionality is part of Windows that is blocking the update, the error reporting could have been and should have been, a lot more helpful. If Microsoft wants to truly modernize it’s desktop OS, it needs to make error reporting a simple and easy process to understand.

Why couldn’t the error link me to the error log or at least point me to an online resource page from Microsoft specifically related to this error code? After thirty years of Windows development, how Windows handles error reporting is stuck in 2006 which is unacceptable when the company wants you to install major updates every six months.