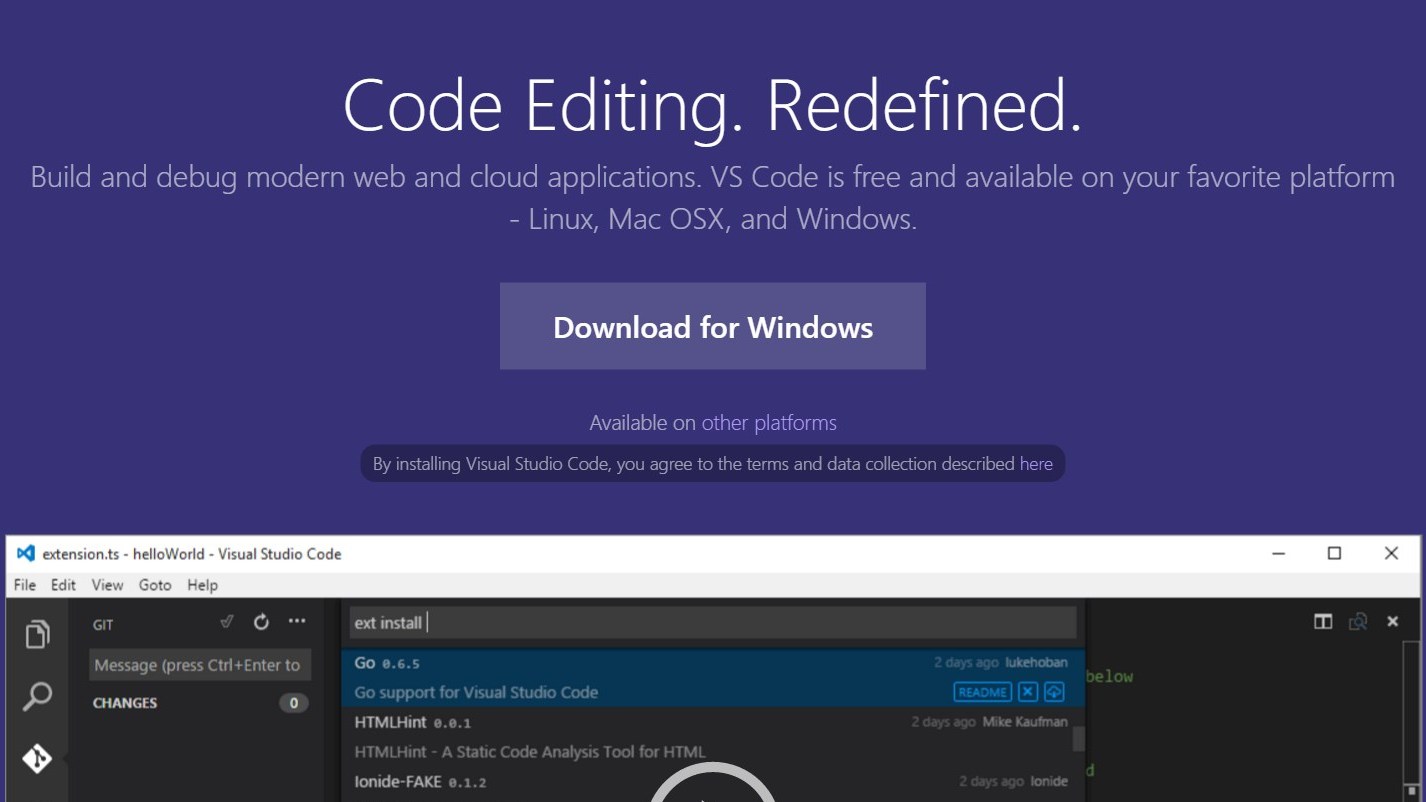 Microsoft is announcing today that Visual Studio Code has reached version 1.0 and that the product has been a huge success with developers. Since the tool was announced, more than 2 million developers have installed VS Code and more than 500,000 developers actively use the tool each month.

Visual Studio Code started out as an experiment with Microsoft attempting to build a production quality editor using modern web technologies and the results speak for themselves. The product was initially built for developers creating web apps using JavaScript and TypeScript but in less than six months, more than 1000 extensions have been built for the tool.

Now, Visual Studio Code provides support for nearly any language or runtime and is available in nine different languages and at the 1.0 stage, comes with full keyboard navigation and screen reading and accessible navigation for visually impaired developers. One of the key benefits of this tool is that it is only 40MB which means it is easy to install and run in lightweight environments or low power environments.

Visual Studio Code is in some ways, representative Microsoft as a company; the app runs on Linux, OS X, and Windows, is free and utilizes a modern environment. Much like the rest of the company’s applications and services, Visual Studio Code works where you do which is symbolic of how Microsoft has transformed how it operates with apps on every platform, embracing open source, and offering up quite a bit of its software for free.

If you haven’t tried Visual Studio Code, you can check it out here and read the announcement that the service is coming out of beta, here.