One of the things about Office 365 is that it changes all the time. The volume of changes and the diversity of the changes makes it hard to keep up, and you run the risk that something small but important might slip through. Which brings me to the June 25 report about some work done between Microsoft and Adobe to make PDF files work better with SharePoint Online.

But if you install the new file handler for PDFs, splendidly called the Adobe Document Cloud PDF Experience for Office 365, things get much smoother.

Working in the Adobe Document Cloud

I was skeptical that this would make much difference and worried that it would slow things down, but it didn’t. The connection happened quickly, and I was able to add comments or highlight text in the PDF in a browser window attached to Adobe’s Document Cloud (Figure 2). You need to sign into the Adobe Cloud if you want to edit the PDF more fundamentally, like move pages around. 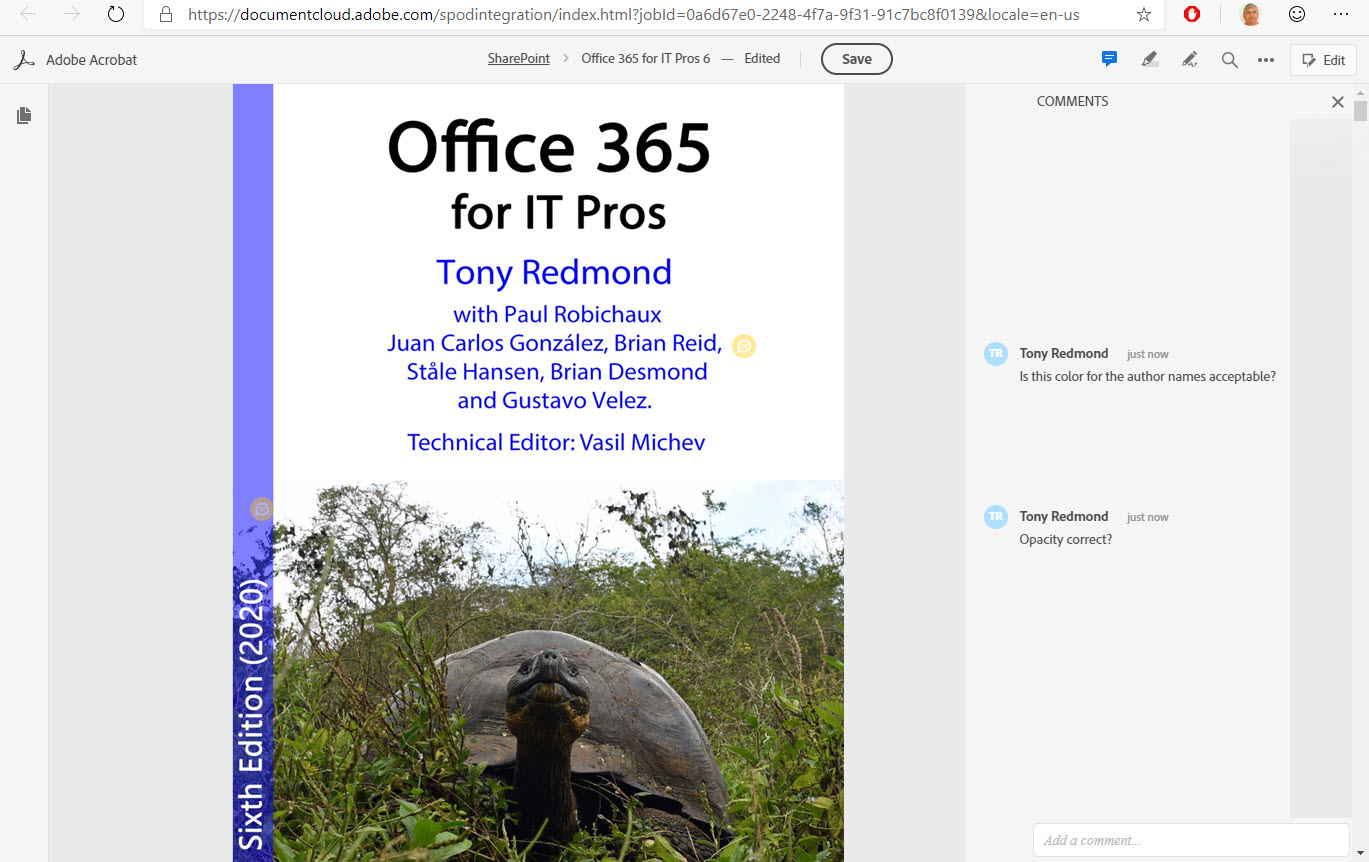 Even better, the changes were saved back to the file in the SharePoint Online document library and were visible if I opened the file using the PDF viewer supported by SharePoint Online, OneDrive for Business, and Teams (Figure 3). The Teams File channel tab doesn’t support the option to launch a PDF in the Adobe Document Cloud unless you choose to open the file in SharePoint first. 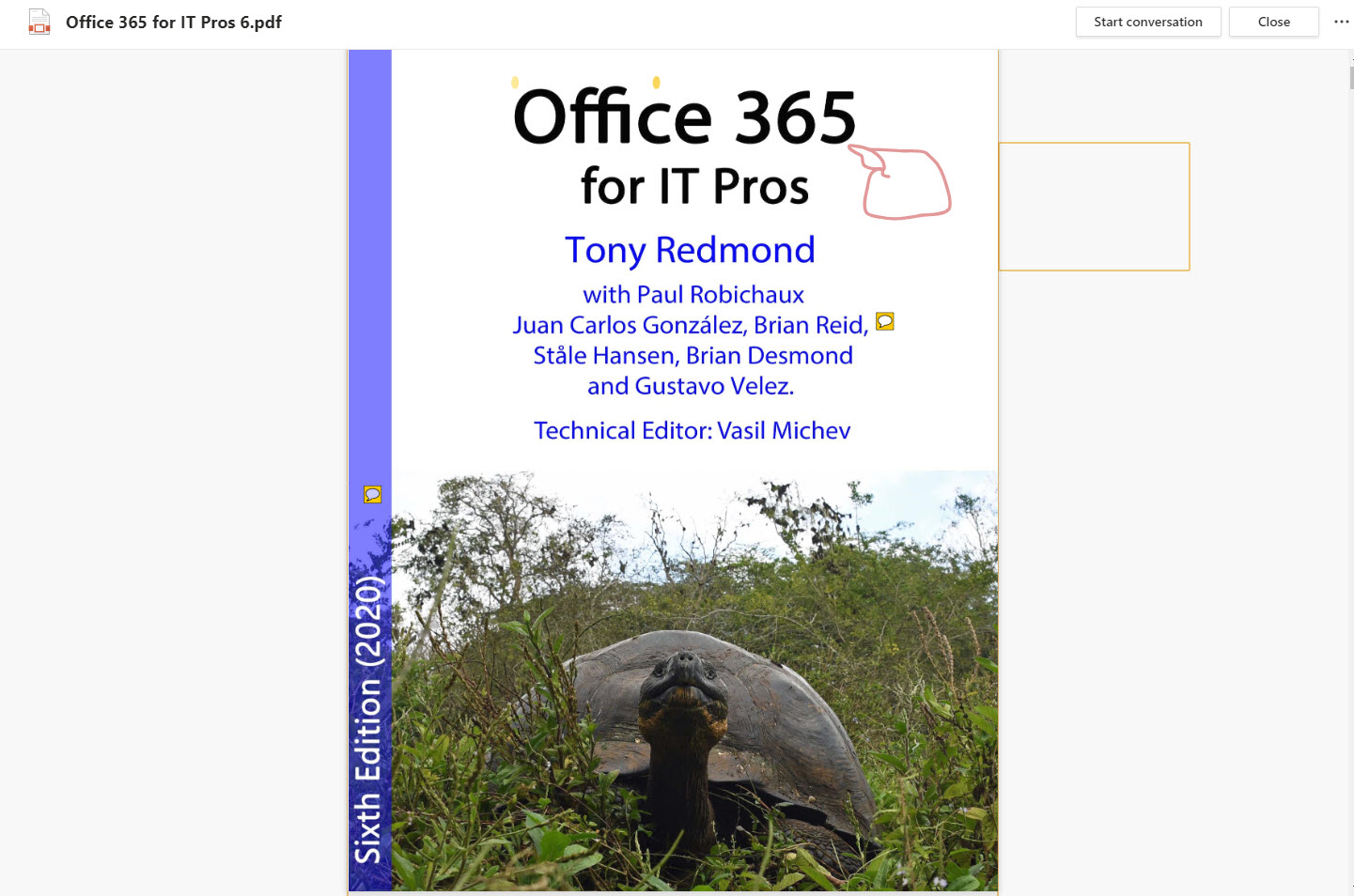 Changing the way that SharePoint Online deals with PDF files seems to be small beer in the wider context of Office 365, but tweaks like this, which don’t get a lot of attention and require effort on the part of two major corporations, really make a difference to end users.

I recommend that you test the Adobe Document Cloud PDF Experience for Office 365 (hate the name, love the impact) and decide if your users could work better by sending PDFs for some TLC in the Adobe cloud.