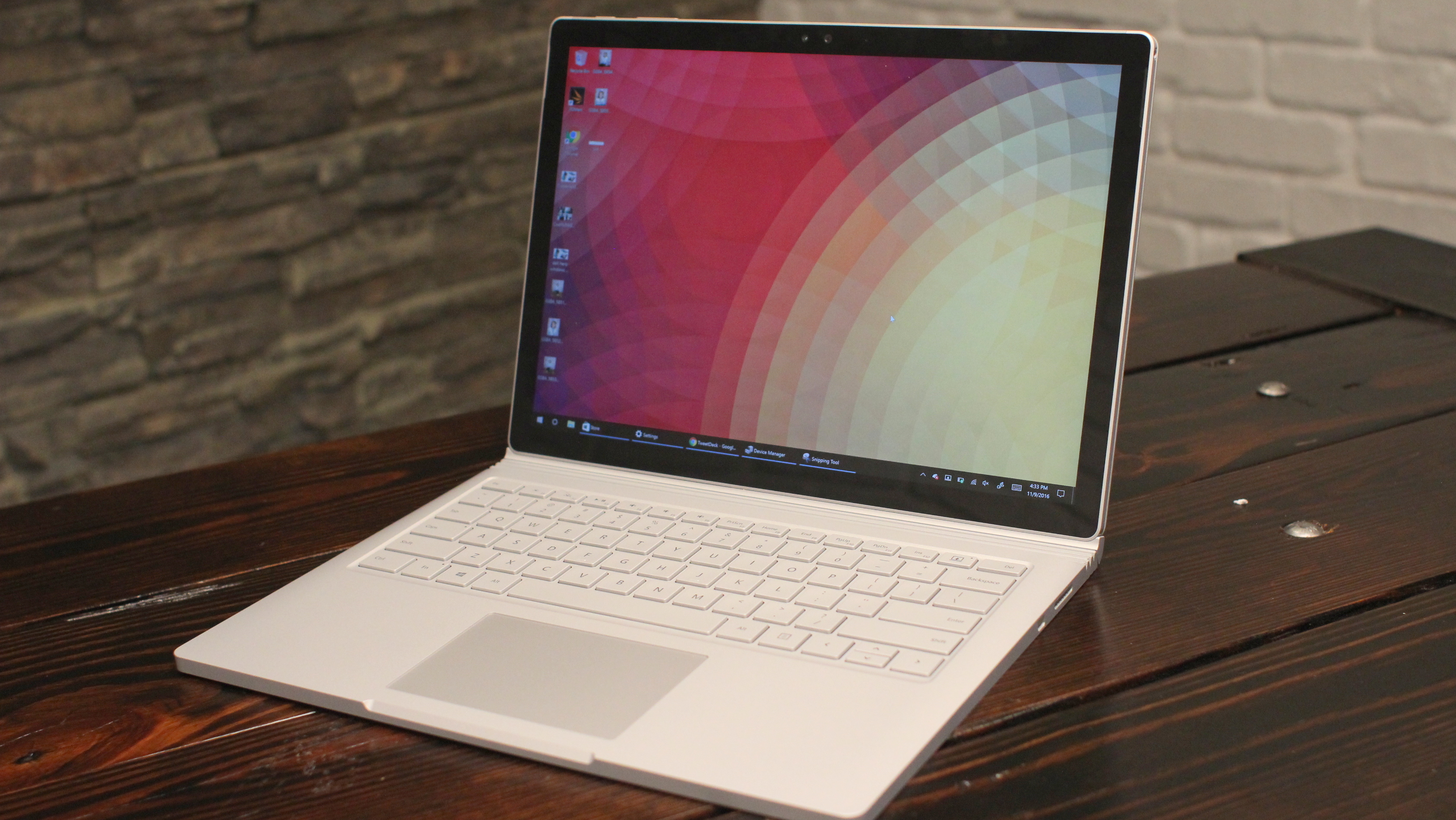 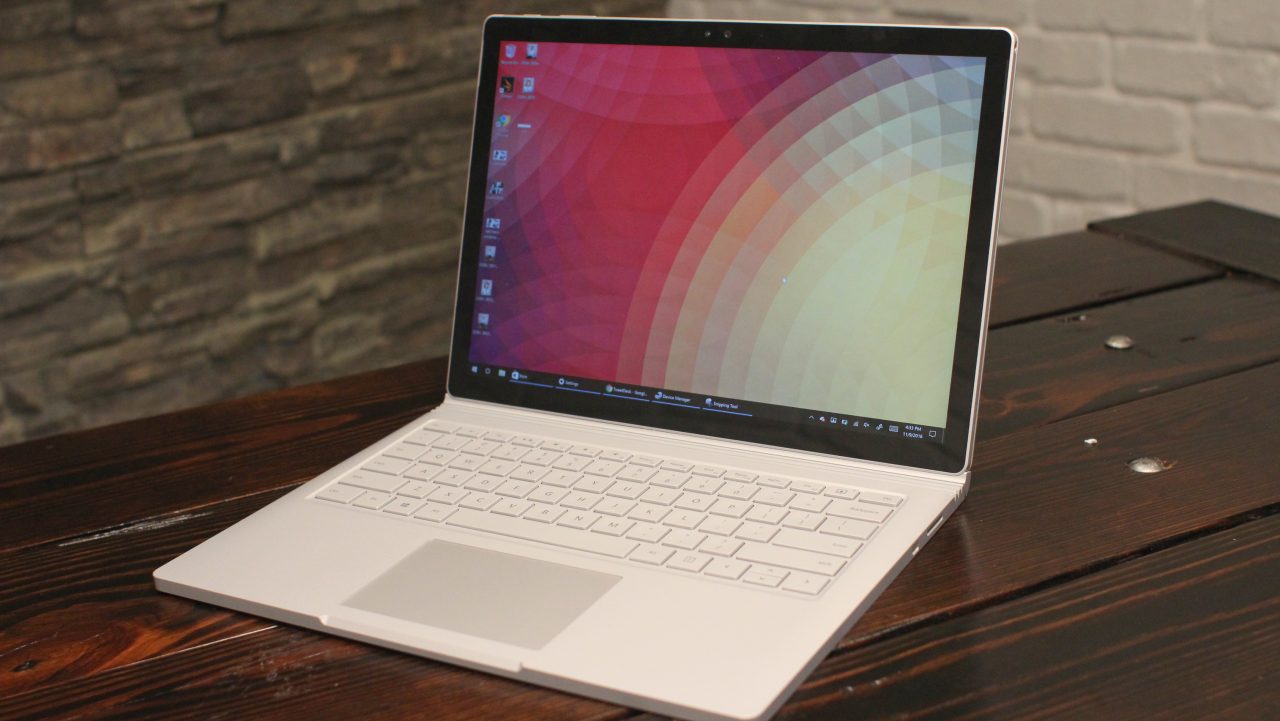 Earlier this month, when Microsoft held its Windows event in NYC, much of the attention was given to the Surface Studio. However, also announced at that event was an update to the Surface Book. The updated device features new internals inside the base but a nearly-identical exterior.

Microsoft pitches the devices as a Surface Book with a performance base. The base, which is a bit different than the base that ships with the older Books, has more batteries and an updated GPU; NVIDIA GTX 965M 2GB GPU and claims of 16 hours of battery life.

The laptop has a starting price of $2,399, which is not cheap, but this device is positioned to be the workhorse of the Surface Book family and has the most horsepower under the hood along with the longest battery life. Microsoft’s Surface Book family starts at $1,499 for those that like the form factor, features, and build quality but don’t need to max out performance and battery life.

To pack in the new GPU and batteries, the base had to grow in both weight (3.63 pounds compared to 3.48 pounds) and height; the additional weight is minimal but if you hold the new and old bases at the same time, you can tell the new one is heavier.

As you can see in the image below, the base is a bit thicker (right) when compared to a non-performance base (left) which does raise your hands up slightly and change your typing position. Unless you are switching between performance and non-performance base frequently, this will not be an issue at all as you quickly adjust to the new wrist height. 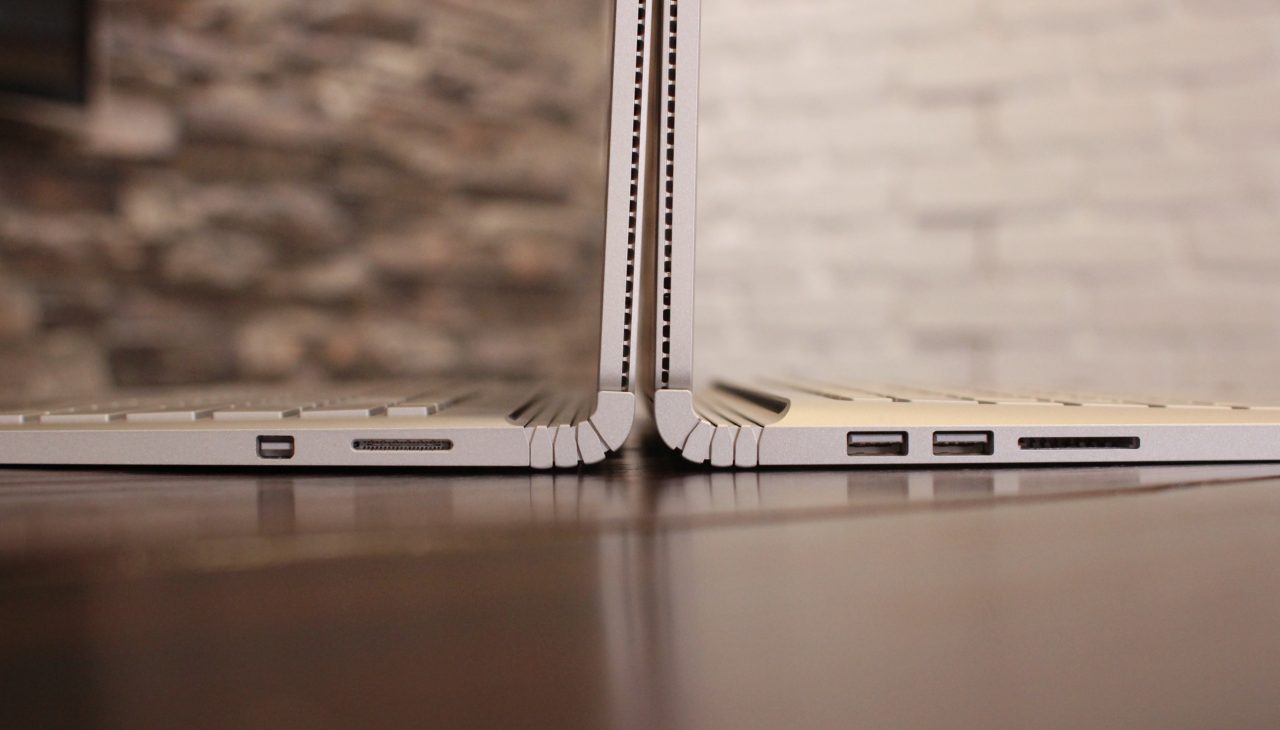 The rest of the device remains the same. There are no changes in the tablet portion of the Surface Book and the pen is the same as the version that is shipping today.

The Surface Book has faced many different issues in its lifetime but know that the majority of the kinks have been worked out and with each new firmware release, the device inches closer to perfect. But, there are a still a few oddities, such as the keyboard being unresponsive when turning it on, forcing you to undock and dock the display, as well as the fan spinning up randomly and running for about 5 seconds at max speed before spinning down.

Anyone who has a Surface Book has experienced these issues, and although they are less frequent, they still do show up on occasion. That being said, the other issues such as instability of the operating system with Skylake and Wi-Fi issues have been ironed out, and for the most part, the device is a capable laptop to use on a daily basis (I have been using it for about a week with no major complaints).

When it comes to performance, there is little question that this device is more powerful than the previous high-end Surface Book. When comparing the two, the new device outshines the older Book in every way.

I ran the recommended 3D Mark test (as suggested by the app), which is the Sky Diver scenario and the performance base returned as score of 10,984 and the older Surface Book with the dGPU had a score of 6345. It should be noted that these devices both have the same CPU and RAM configurations. 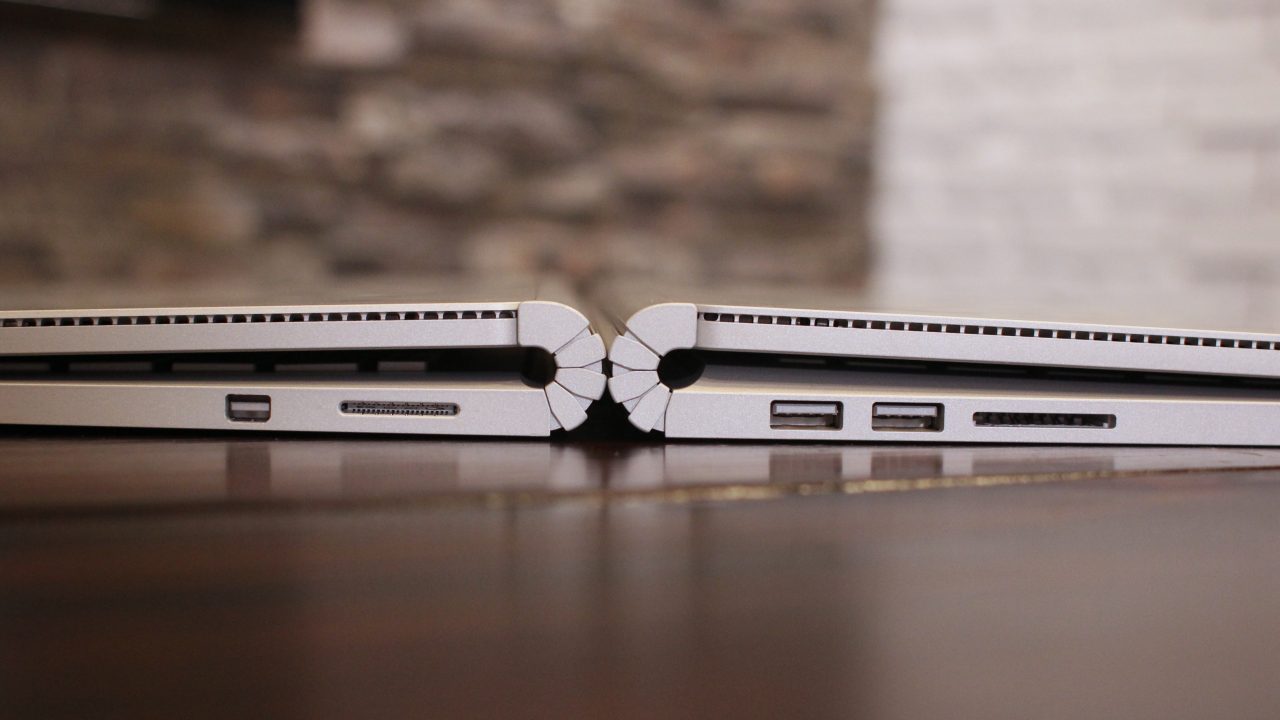 One of the “‘iconic” features of the Surface book is the hinge. Because the base is thicker, it makes it look like the gap between the base and the display is smaller, but at the critical point, the hinge, the spacing is still the same.

Battery life with the performance base is averaging around 10 hours with three complete cycles of the battery. Microsoft does promote 16 hours of battery life, but I am not getting near that; however, this is under heavy use, which includes video editing, podcasting, watching video on the web, and similar intensive activities. If I scaled down my use of the device and kept it to simpler items such as web browsing and email, I suspect I could get much closer to the promised capacity. With that being said, 10 hours is much better than I was getting on the older Surface Book, so there is definitely an improvement with the new device. 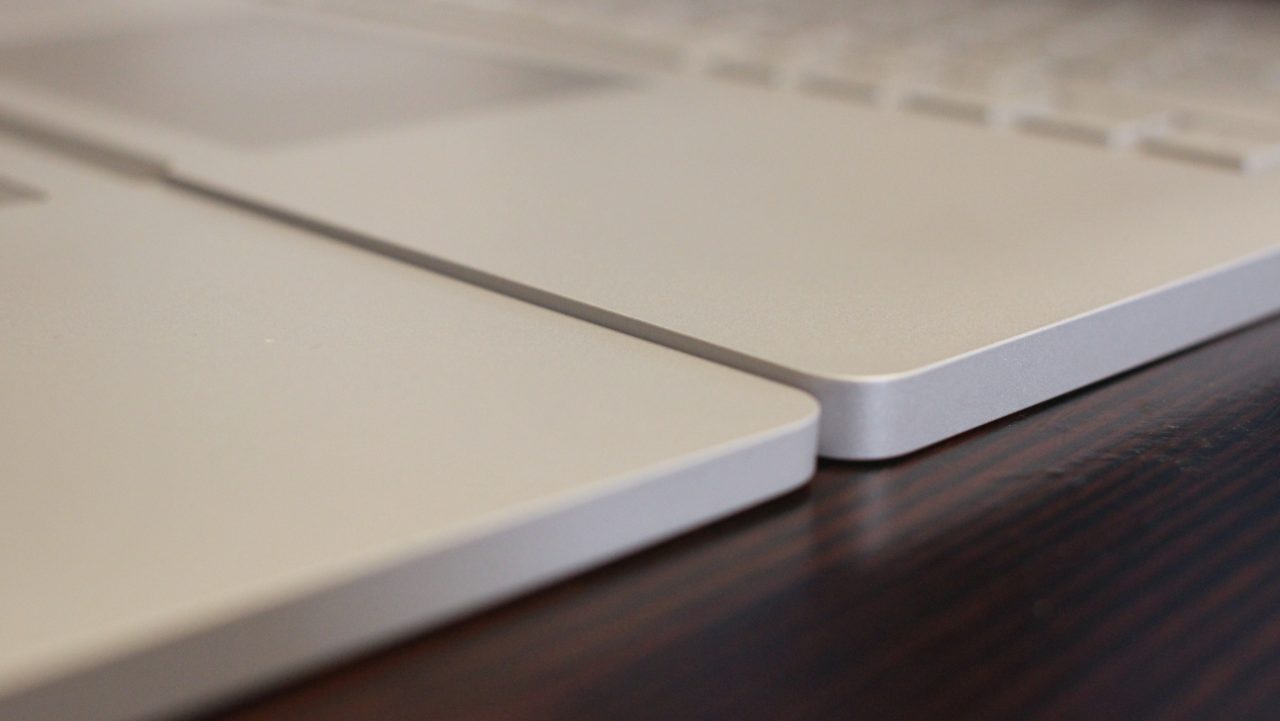 From a business perspective, the Surface Book ticks a lot of the boxes that are required in the enterprise space. Everything from portability and long battery life to Windows Hello (biometric authentication) make it an ideal option for companies looking to add a bit of character and quality to the PCs they hand out to employees. The device does come with Windows 10, so if you are still using Windows 7, you either need to think about upgrading your environment or run a mixed scenario of having both Windows 10 and Windows 7 on your network; I absolutely do not recommend trying to force Windows 7 onto the Surface Book. 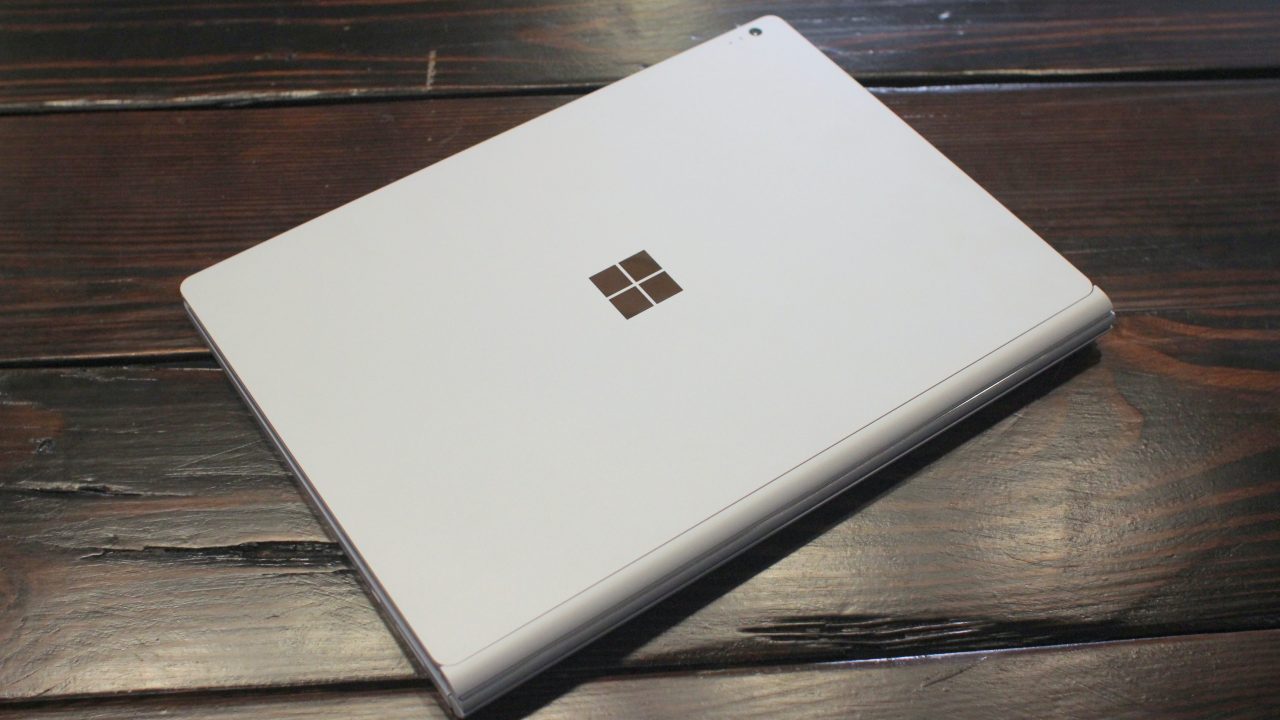 Here’s what you need to know about the new Surface Book. It’s bigger in every way — physically and in terms of performance, too. Most of the issues that plagued the launch of the Surface Books last year have been fixed, and the new performance base model will give you enough horsepower to tackle nearly any task you would with a desktop, but with a portable device.

If you are looking for a new high-end laptop for either home or the office, the Surface Book should be on your short list. Microsoft built this device to show off the true potential of Windows and the newest Surface Book does this beautifully.