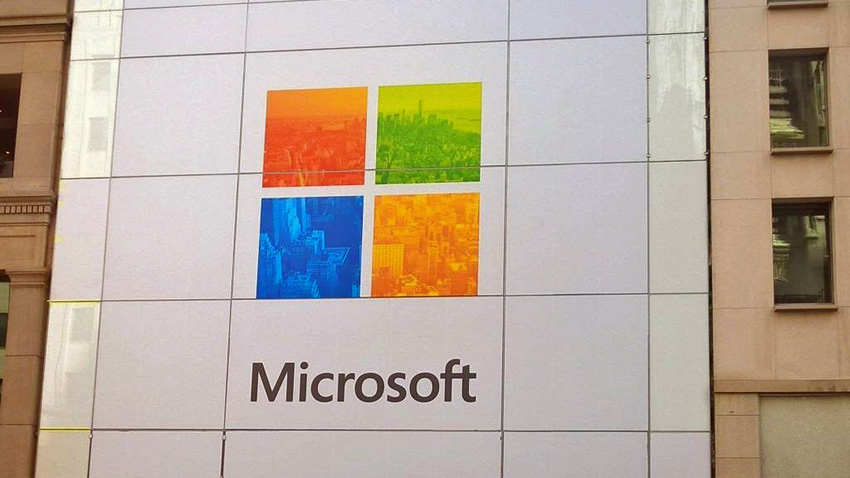 Because we must remember that someone actually got a Zune tattoo, this week’s other news includes another look at auto-downloading Windows 10 installs, where Windows 10 does bests, iOS 9 and ad-blocking, Carly Fiorina’s HP legacy, and Microsoft’s new foray into Linux distributions.

Now it looks exactly like an Apple Store instead of almost exactly.

Have we talked about Microsoft auto-downloading Windows 10 to PCs that have not requested the upgrade?

We have? Good. Let’s talk about it again. Because it’s been over a week since this behavior was first discovered, and it’s still happening. And while I was quick to defend Microsoft against the made-up privacy baloney that dogged Windows 10 for the first several weeks of its public existence, this new behavior is in fact inexcusable. For the obvious reasons–no one wants 3+ GB of files downloaded to their PCs secretly–as well as the non-obvious: Windows 7, for example, has no notion of metered/non-metered connections, and some users could silently perform that download on a cellular connection and rack up huge fees. The best bit? Yep. If you delete the downloaded files, Windows Update will simply download them again. No joke: This needs to stop.

So. Is it confirmed? Or is it just likely? It can’t be both.

Windows 10 is off to a great start. In some places more than others

While it is highly likely that Windows 10 has already passed the 100 million install mark by now–Microsoft is uncharacteristically quiet–I was interested to see some StatCounter statistics that show exactly where Windows 10 is performing best. And it may surprise you to discover, for example, that Windows 10 usage is growing faster in Europe than elsewhere in the world, especially when you consider the importance of privacy there. But the number one country for Windows 10 adoption–I assume by percentage, not raw unit usage-is … wait for … Denmark. Curious. We’ll see how this evolves over time. But those guys? They got class.

Finally, a controversy for Apple: Ad-blockers in iOS 9

Windows 10 isn’t the only new OS that has some people up in arms. Apple’s just-released mobile OS, iOS 9, features ad-blocking technology that some people believe will change mobile forever, and not in a good way. The theory is that while these apps do block ads in web pages, they can’t do so in native mobile apps, so developers will increasingly focus on apps, not the web, leading to a situation in which the mobile web becomes a wasteland. My theory is that no one should be surprised that newer mobile platforms like Android and iOS are creeping up the scale functionality-wise, while Microsoft is conversely trying to simplify Windows. Someday they’ll meet right in the middle. Today is not that day.

“Dell is also building its own Microsoft Surface clone”

Carly Fiorina has one serious obstacle on path to White House: She was CEO of HP

You may have heard that Carly Fiorina is one of what appears to be about 117 Republican U.S. presidential candidates. But I’m not super-interested in her politics. What I am interested in is her record, which is based on having once been the CEO of HP. This sounds great, since HP was–still is–about as complex an organization as the US government. But the problem is, Fiorina was a pretty terrible CEO. She oversaw HP’s disastrous purchase of Compaq and its embarrassing and temporary reselling of Apple’s iPod. And then she was unceremoniously tossed out of the company. Maybe current HP CEO Meg Whitman will run for president next: After all, she did spend $144 million of her own money running for governor of California.

Microsoft … has created its own Linux distribution?

So, lets collectively sit down and breathe. Breathe…. Breathe… According to a report in The Register, Microsoft’s new Azure Cloud Switch is nothing more than a new Linux distribution that is designed to run network devices like switches. Why its not using Windows-based technology for this is unclear–“We believe there are many excellent switch hardware platforms available on the market,” Azure Networking architect Kamala Subramanian explains–but … they aren’t doing so. I may need time on this one.

Or it would be if it weren’t a rebranded version of an existing third-party app called Move My Data, I guess.