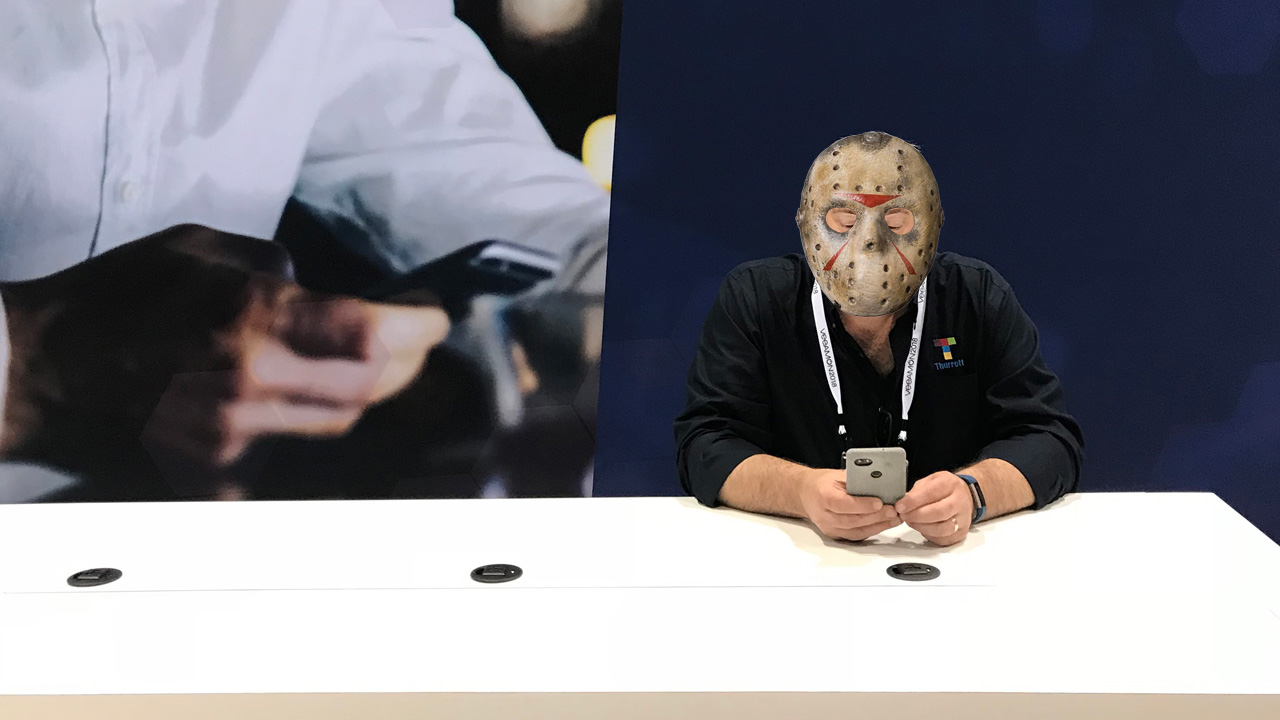 Because this edition of Short Takes is rated M for suggestive themes and strong language, we take a look at Surface Go, a free version of Microsoft Teams, why Spectre and Meltdown are the gifts that keep on giving, and much, much more.

Windows enthusiasts—yes, they exist—who were hoping for Microsoft to release a crazy-innovative new mobile computing form factor called Andromeda were disappointed this week when Microsoft instead released yet another low-end Surface tablet called Surface Go. But Surface Go—unlike Andromeda—makes tons of sense. It’s a much lower-priced way for customers of all kinds—consumers, students, firstline workers, whatever—to experience the quality and functionality of Microsoft’s premium PC lineup. And unlike most PC makers, Microsoft isn’t cutting corners—at least from a build quality standpoint—with this $500 to $650 PC. So we’ll see how it does in the real world, but I welcome Microsoft’s return to the budget PC space.

“Could a Surface That Fits in Your Pocket Succeed?”

The initial response to Surface Go has been sadly predictable, with pundits far and wide weighing in with their weeks of experience. The Apple-biased immediately dismissed Surface Go (“not an iPad killer”) while those of a more Redmond orientation proudly declared that Microsoft was back in mobile, sort of. What these kids are missing out on, of course, is the nuance in life. Surface Go isn’t going to push aside some other product. It’s designed to be additive, and to inspire PC makers to up the quality in their own low-end and mid-market PC products. In short, Surface Go may not be splashy and innovative, but it’s smart. Microsoft still has something unique to offer.

This week, Microsoft announced that it will finally provide a free version of Microsoft Teams, the chat-based collaboration tool it launched about 18 months ago. Teams has always been viewed (correctly) as a Slack competitor, but to date it has been tied to commercial Office 365 accounts. That makes sense, but it also means that Teams wasn’t really a direct Slack competitor, because smaller companies and individuals can use Slack for free. By finally opening up Teams in the same manner, Microsoft has created a solution that not only matches Slack, but surpasses is, sinceSlack can never hope to match the functionality that paid users get with Office 365. Game, set, match? Let’s not get ahead of ourselves. But this is the week where this competition got interesting.

“Best smartwatches for Android you can buy”

We are never going to stop paying for Spectre and Meltdown

When Intel belatedly revealed the Spectre and Meltdown microprocessor vulnerabilities back in January, it underplayed their severity and acted like everything was fine. But it’s very clear now that we’ll be paying the price for the broken designs of our devices’ chipsets for years to come. And that the biggest payment will come in the form of performance problems. To date, all of the Spectre and Meltdown mitigations that Microsoft and other platform makers have made to their products has resulted in poorer performance. And this week, Google finally admitted that its Spectre mitigation protections in Google Chrome have triggered a 10-13 percent increase in RAM usage too. Pretty soon, we’ll be like the apes in “2001,” tapping away on our Commodore 64-class PCs and wondering why web pages won’t ever load.

“Apple Store thieves made off with $27,000 worth of iPhones, MacBooks and more”

So, they only got three Macs?

The U.S. Department of Justice this week filed an appeal of a June District Court ruling that allowed AT&T to complete its merger with Time Warner. The rationale is actually reasonable: The DOJ notes that the District Court ruling imposed no conditions on the deal, which is unusual for a deal of this size. And then there’s the whole competitive angle: Obviously, this merger reduces competition, and such things always lead to higher prices for consumers over time. AT&T’s response to this appeal is entertaining. “The Court’s decision could hardly have been more thorough, fact-based, and well-reasoned,” an AT&T statement reads. “While the losing party in litigation always has the right to appeal if it wishes, we are surprised that the DOJ has chosen to do so under these circumstances. We are ready to defend the Court’s decision at the D.C. Circuit Court of Appeals.” Well, good news, AT&T. Your readiness is about to pay off.

And the biggest losers, hilariously, were celebrities. I’m not sure what took so long, but Twitter this week finally started removing fake “bot” accounts—like tens of millions of them—from the service this week in a belated move to battle fake news and to push undeserved social media buffoons who were previously purchasing pretend followers down a peg. Famous people like Oprah Winfrey Ellen Degeneres each lost millions of followers overnight, as did many other celebrities. Curious about the impact this would have on normal people, I looked at my own Twitter stats, and sure enough, my follower count fell from 117,000 to 115,000 this week. Which means that most of the accounts that follow me are, in fact, real people. Let the cat memes continue unabated!

“The next iPad and Apple Watch models will be totally gorgeous”

Unlike those current pieces of crap.