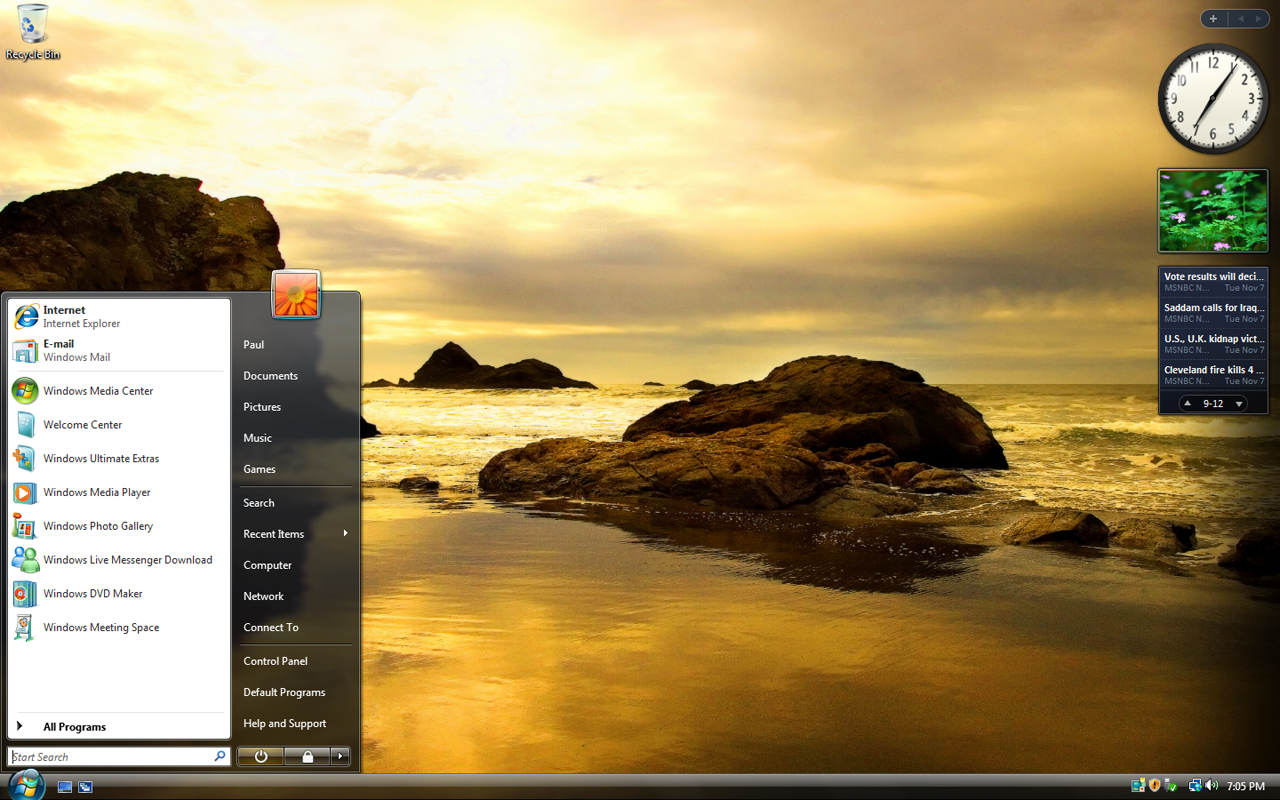 Because Windows Vista is finally dead, this edition of Short Takes looks at the last stand for an unfairly maligned Windows version, the Creators Update, and upcoming Microsoft hardware events.

Windows Vista rides off into the sunset

When it comes to end-of-life, different versions of Windows go out in different ways. Some—like Windows XP—go out screaming, while some end with a whimper. And so it was this past week for the unfairly maligned Windows Vista, which ended a controversial ten years of service and is no longer supported by its maker. Despite some FUD stories to the contrary, very few people are still using Windows Vista today—well under one percent of the overall user base, in fact—so this milestone passed mostly in silence, and with none of the Chicken Little posturing that greeted Windows XP’s demise. But I remember what really happened, so let me just state for the record that Windows 7 was nothing more than Windows Vista Service Pack 3. And we should give Vista, and its makers, the measure of respect they deserve.

Sure. “Some” businesses probably use pen and paper too.

Coincidental to the demise of Windows Vista, Microsoft also gave birth to a new version of Windows this past week: Windows 10 version 1607, or the Creators Update, began deploying to users via Windows Update. And now the software giant is getting ready to celebrate a new generation of PC hardware that can take advantage of unique Creators Update and, I believe, launch a new Windows 10 product version, called Windows 10 Cloud. Like Windows RT before it, Windows 10 Cloud can only run Store apps, and it will run on a new class of device—at both the premium and low-end segments–that I think of as Cloudbooks (as in, a competitor to Chromebooks). But there are still a lot of questions about this event, and about which products and services Microsoft might announce. Weirdest of all, Surface Pro and Surface Book will not be updated at the event. Which, yes, means that Microsoft might have a second hardware event queued up for the Spring. Curious and curiouser.

“Analyst Opines Amazon Could Be Worth More Than Microsoft”

Also, “analyst opines”? Isn’t that what analysts do?

Microsoft will unveil Xbox One “Project Scorpio” at E3. Because duh

And speaking of Microsoft hardware events, there’s another one coming: On Sunday, June 11, 2007, Microsoft will formally unveil its next Xbox One console, currently codenamed “Project Scorpio.” Honestly, we pretty much know what we’re dealing here, so the big remaining questions are the name, the price, and what the VR solution will be. My guess for the latter is that Scorpio will be compatible with the coming Windows Mixed Reality headsets. But that’s just a guess. I also would like to see Xbox perform a bit better in the market now that Microsoft will finally be selling a console that is universally believed to be superior in every way to the PlayStation 4 Pro.

“Facebook has reached its Microsoft Bing moment, and history shows the results won’t be pretty”

I’m pretty sure the word “Bing” was just used as an insult there.

Microsoft carries through on processor threat

As part of a power struggle with Intel about 18 months ago, Microsoft pledged that it would only support Windows 10 on new processor generations. Put another way, anyone who wants to use Windows 7 or 8.1 on new Intel (or AMD, or whatever) silicon is out of luck. Since then, Intel has, of course, shipped its Kaby Lake generation of Core processors, and AMD has shipped Ryzen. And now, Microsoft is doing exactly what it said it would do. Which is, of course, really making people upset: Anyone running a non-Windows 10 version on these processors is no longer getting software updates. “As new silicon generations are introduced, they will require the latest Windows platform at that time for support,” a Microsoft support document notes. “Windows 10 will be the only supported Windows platform on [new hardware].” I disagree with this policy, and strongly, because I feel that Microsoft has retroactively altered its support contract with customers. But give ’em credit for being clear: They warned they’d do this. And now they are.

“How to download Netflix shows and movies in Windows 10”

An important guide for people who can’t see the obvious “download” button on their screen.

As part of a biannual transparency report it released this week, Microsoft revealed that it received over 1,000 requests for user data from the U.S. government in the first half of 2016 alone. That is over double the number of requests from the previous ssix-monthperiod. (And you thought Microsoft had no more growth markets!) And the largest number of requests it has ever received, of course. That said, we don’t know the exact number because of governmental information control, so it could be as high as 1,499. What a world.

That’s a nifty feature. Also, you’re saying it might catch on fire?

Imagine you’ve just created a product so popular that you haven’t been able to keep in stock for several months, and that customers are literally racing to local stores whenever there’s a rumor about a new shipment. What do you do? Make more? Ride that success wave? Nope. Not if you’re Nintendo. Instead, the geniuses at this company have decided to simply discontinue that product, the NES Class Edition, disappointing consumers all over North America. “NES Classic Edition wasn’t intended to be an ongoing, long-term product,” the company announced this week. Which is interesting, since this is literally the first time they ever mentioned it. And you thought Microsoft made stupid decisions.

“Nintendo Sells Nearly A Million Switches In The United States”