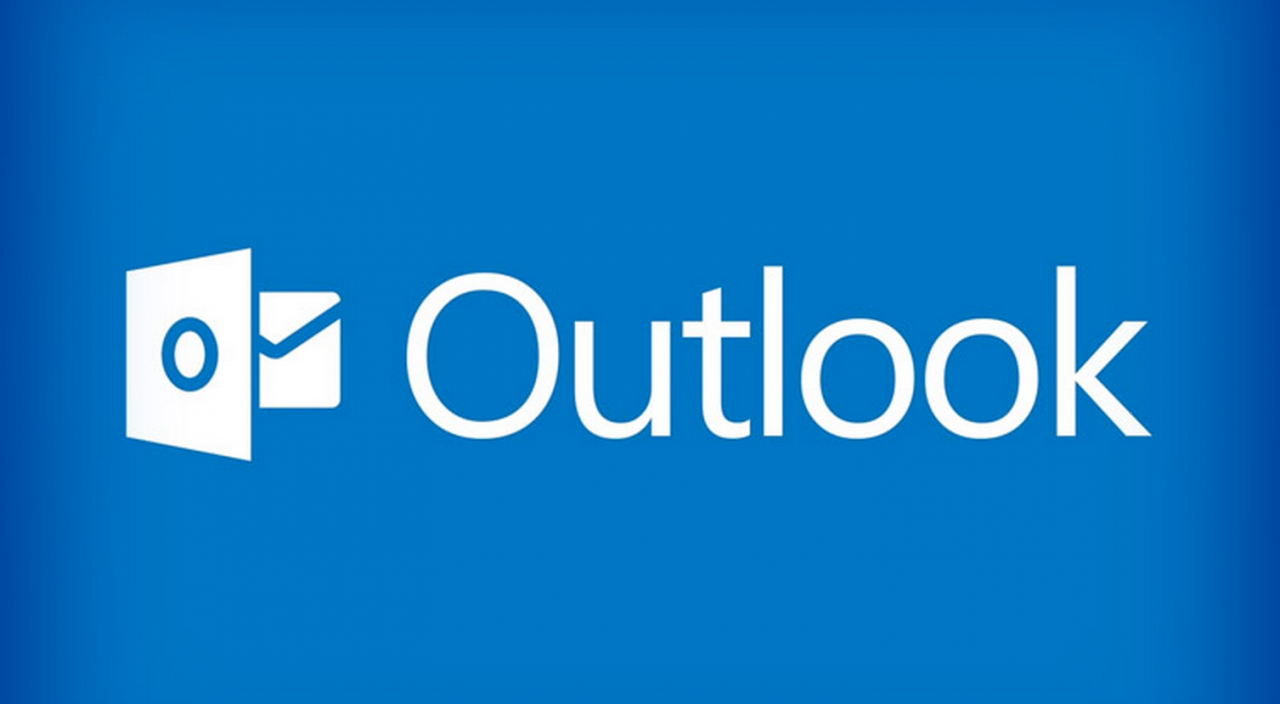 Outlook and OWA Offer Great Functionality, but Only for The Chosen

A reader of Microsoft’s announcements on the blogs.office.com site can only be impressed by the blizzard of functionality that has dropped into the laps of users. The server can automatically create events based on travel reservations. People can address each other with @mentions. Important messages are sorted with the Focused Inbox (unless you use Outlook desktop, in which case you’re still waiting). And if you need to share a calendar, Outlook and OWA now makes it so easy. Not to mention that well-regarded Archive folder so thoughtfully provided to store items of interest.

And Microsoft even drops in new features into OWA without mentioning that they are doing it, which is what happened when the ability to select text to quote in replies appeared to First Release tenants a few days ago (Figure 1). Select some text, click quote, and voila – OWA creates a message with the text quoted in the same way that Markdown blockquotes work in Teams. The quote marks show up quite nicely in OWA and Outlook for iOS and Android, but not yet in Outlook desktop. 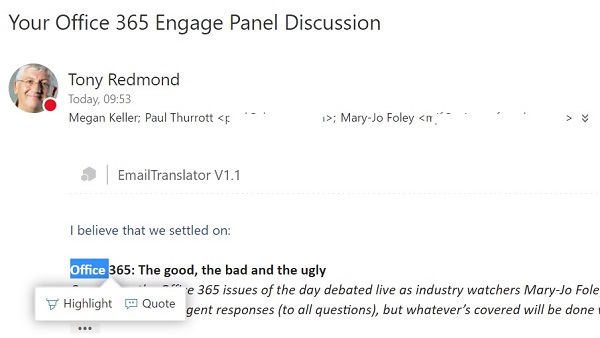 It all sounds wonderful, unless you’re one of the great unwashed whose mailbox remains firmly anchored to an Exchange on-premises server. All the recent changes made to Outlook and OWA (including OWA’s Undo Send feature) require an Exchange Online mailbox. In short, life is golden if you’re on Office 365 and not so good if you remain outside the cloud.

It’s understandable (in a certain way) why Microsoft has focused all its development efforts into providing new functionality for Office 365 users. First, if new features are exclusive to the cloud, it’s an inducement to customers to move in that direction. Seeing software become stagnant is a good sign as to its long-term future. Second, engineering management can rationally plead the case that no good comes from enhancing the on-premises platform. Microsoft won’t win any further business for its on-premises servers and the software is already highly functional, so why invest further?

Of course, on-premises customers have a different perspective. Many companies have invested heavily in a Microsoft ecosystem built around Windows and Exchange with Office on the desktop. An expectation exists that new versions and functionality will appear, as has been the case for the last 20 years. And they see new stuff happening inside Office 365 and want the same on-premises.

But the contract between Microsoft and its on-premises customers does not include a commitment to provide new features. Rather, the contract is all about serviceability and fit for purpose. Customers have to upgrade to a new version of the software if they are to use new features.

A new version does not always deliver many new features. Exchange 2016, for instance, although perfectly worthy, hardly set the world alight in terms of new functionality. Most of what’s new inside Exchange 2016 was engineered to make Microsoft’s cloud operations more efficient rather than with an eye on delighting end users.

On-premises customers can expect the focus on cloud technology to continue. Microsoft is fixated on meeting the goal of a $20 billion annualized run rate for commercial cloud products by mid-2018. Achieving the desired run rate requires Microsoft to maintain its current advantage over Google G Suite and to see off potential competitors like Slack, both of which are reasons to justify the prioritization of the development of new Office 365 features.

Making it attractive for customers to stay on-premises doesn’t help Microsoft to grow cloud revenues or maintain market leadership. The upshot is that new user-centric functionality delivered in updates for on-premises Exchange is likely to remain rarer than hens’ teeth.

On the upside, Exchange 2013 and Exchange 2016 are both highly functional servers. Perhaps you don’t need the fripperies now being delivered to cloud users. After all, email has survived for many years without @ “mentions” and no great harm resulted. People know how to input flight details into the calendar and can delete unwanted messages from the Inbox, focused or not.

Maybe the purity of the on-premises world is better all round. But if Microsoft really wants to make Outlook a brand, they should really do a better job of assuring that all clients can access equivalent functionality, no matter what server they use.