In case you thought that there wouldn’t be any further changes in the enterprise storage industry before the start of 2016, Nutanix announced on Wednesday that it has filed a Form S-1 with the SEC for a proposed IPO.

The number of shares being offered and the price of the offering have not yet been determined, although the company says it intends to raise a maximum of $200 million; Nutanix will be listed as “NTNX” on NASDAQ.

Nutanix specializes in hyper-converged infrastructure that merges the traditional silos of the physical server, virtualization hypervisor and storage into one integrated solution. It competes in that space with companies like SimpliVity, EMC, and VMware’s VSAN.

Their solution is comprised of two product families, Acropolis and Prism, and is delivered on commodity x86 servers; Acropolis is their in-house hypervisor software. That’s a unique selling point in this market, in which most hyper-converged providers normally resell VMware’s ESXi platform, or in the case of VMware VSAN, are delivered by VMware itself. Nutanix originally, and still, allows customers to utilize the VMware hypervisor if they choose, instead of Acropolis. Prism is their virtualization and infrastructure management platform. 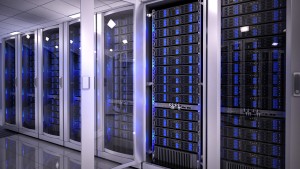 In addition to selling their own Nutanix branded systems (built by Super Micro), they also partner with Dell, who resells the Nutanix platform as their “XC-series” systems, built on Dell hardware. Dell recently announced its intention to acquire EMC, which may sour that partnership in the future.

According to Nutanix, as of October 31, 2015, they have 2,100 end-customers including enterprises customers like Activision Blizzard, Best Buy, Kellogg, Nasdaq, Nintendo, Toyota, Yahoo and the, U.S. Department of Defense.

Nutanix, which began sales in 2011, has posted revenue growth over the last three years, growing from $6.5 million total revenue in 2012 to $241.4 million for 2015. Nutanix has hired an impressive number of virtualization industry big-wigs, at this time employing more (expensive) VCDX certified engineers than any other company, and invested a lot in research & development, and marketing. They currently have a total 1,368 in headcount. However, as a result of these investments, Nutanix also posted a loss of $126.1 million for 2015.

In their Series E funding round last August, the company raised $140 million on a $2 billion private valuation. As of October 31, 2015, they had an accumulated deficit of $312.0 million.