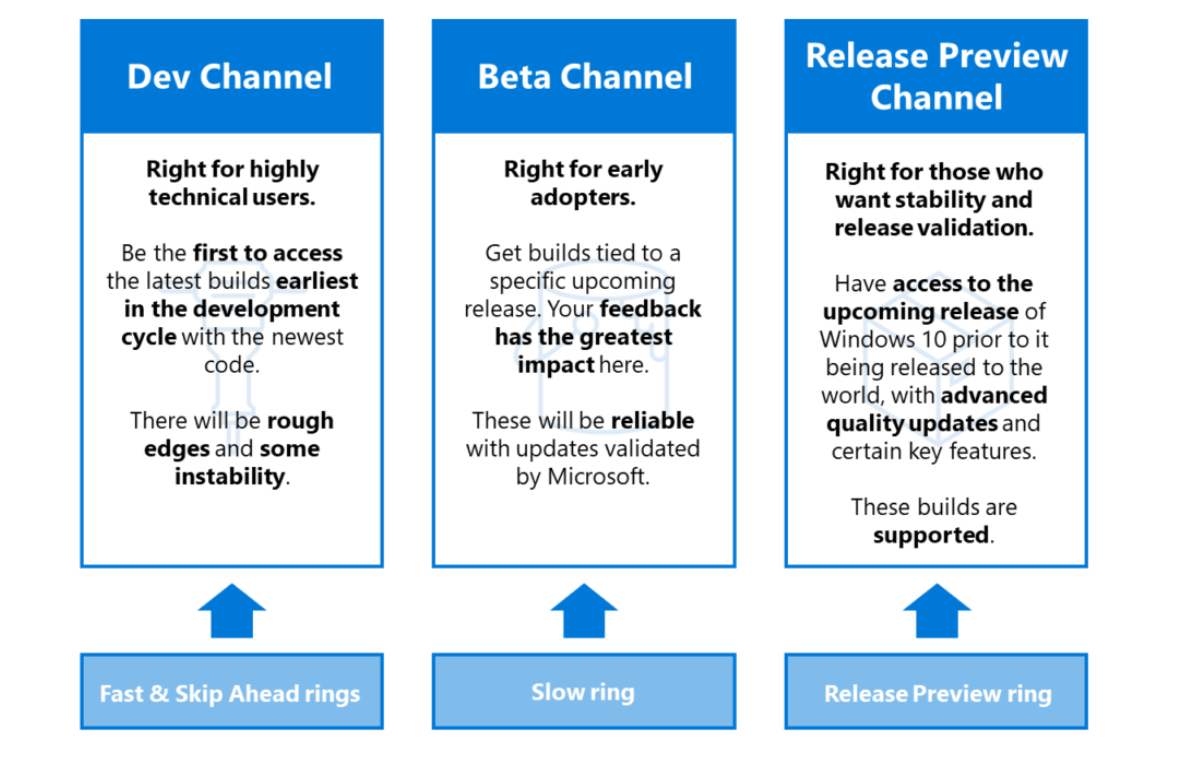 From time to time, Microsoft makes changes to the structure of its Insider program. The company recently announced a new leader of the team and today, they are changing up the “Rings” that have been a staple of the program for the past five years.

By making this move, this aligns Windows to Office and Edge insider programs with a common framework that should be more consistent and easier to understand for users.

With this update, Microsoft is also promising a shift of focus from frequency to quality. We have heard similar language used before and also seen our fair share of Windows 10 production releases that resulted in backtracking. Will this update be more than skin deep? We don’t know the answer to that yet but will find out soon enough.

For IT Pros out there who are running around in the rings, you will want to move to the Beta channel. That’s Microsoft’s official guidance with each channel defined below:

These naming changes will become official later this month. For now, there is not much of an impact for the end-user but be on the lookout for more updates in the future.